Earlier in the summer RollOnFriday was emailed by a Chinese salesman who asked if we wanted to buy any stab-proof vests. I don't know if he'd heard something on the grapevine. In any event, I strung him along and then ordered 20 million stab-proof vests.

Instead of realising he was having his tail pulled and terminating our correspondence, Andyke the stab-proof vest seller became, as you'll see below, quite insistent about getting my details, like where I worked. And then he made what might be construed as an oblique threat, by offering to send his Czech representatives round to talk to me personally. At that point I should have stopped writing, but I didn't. Then I idly googled his company and realised it actually existed. That was a shock, because it meant I may not have been winding up a con artist. I may have been trying to order 20 million stab-proof vests from a genuine stab-proof vest vendor. It also occurred to me that someone who was in the business of stopping stabs might know people on the other side of the equation. In the end there was only one way out. Jamie had to die.

One achievement: according to Andyke, he offered a bigger discount to me than to the Greek government. Which means the seat of western civilization bartered less succesfully than a gimboid who, at various points, challenged Andyke to a duel, demanded bullet-proof incontinence trousers and proposed 'Gunderpants'. No-wonder it's in a spot of trouble. 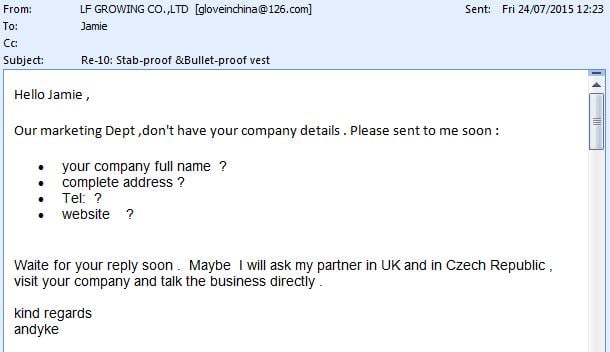 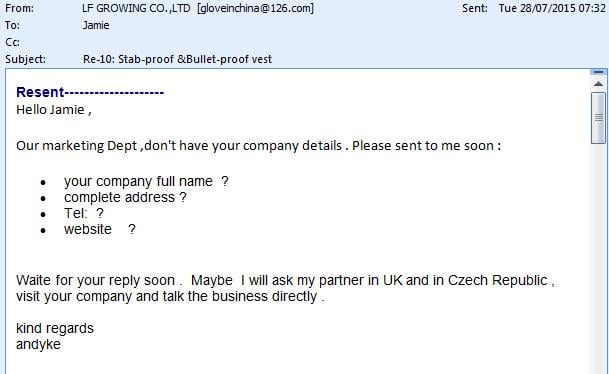 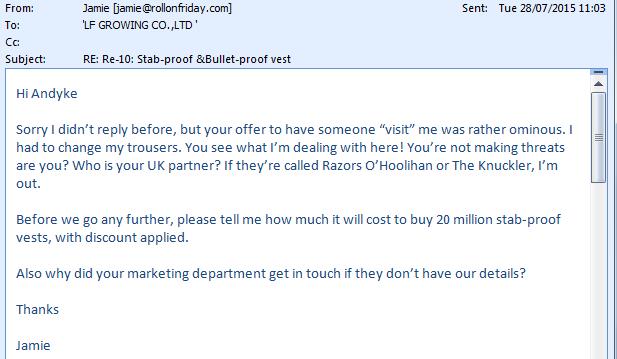 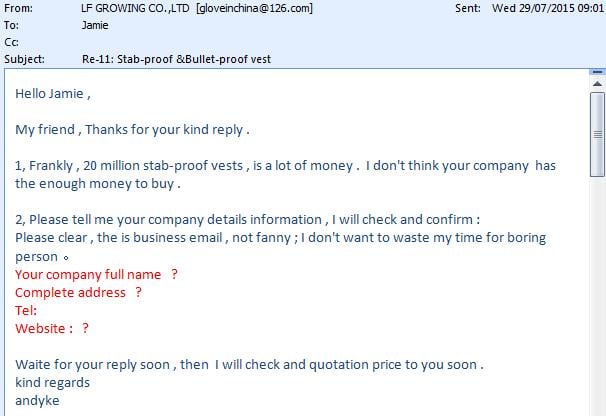 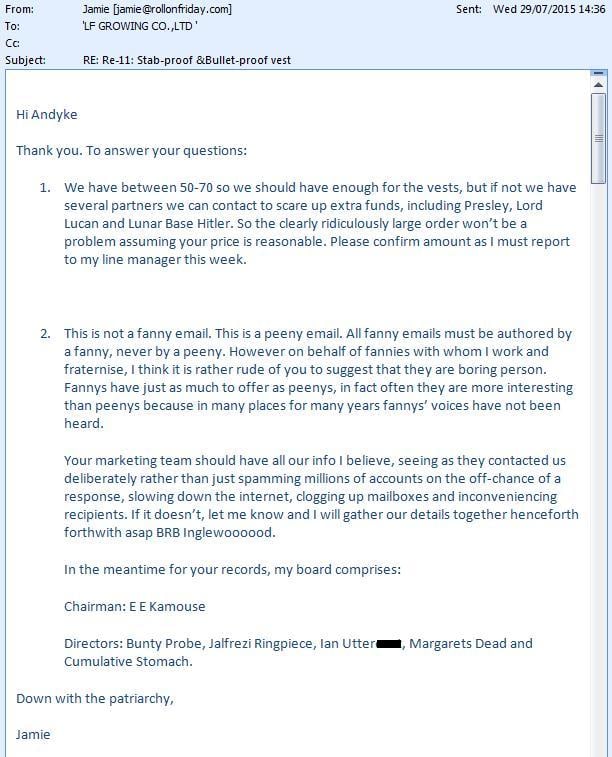 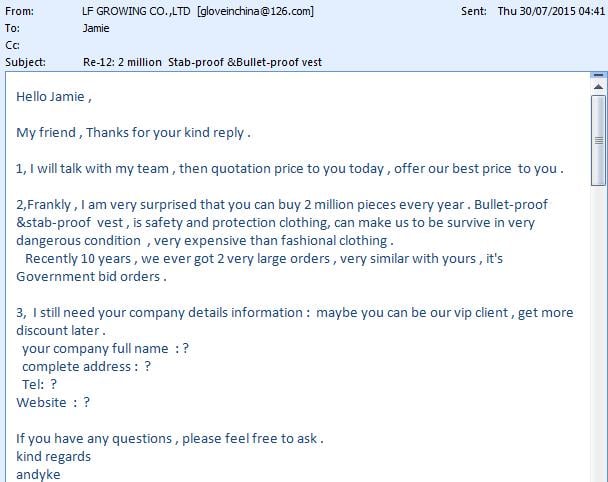 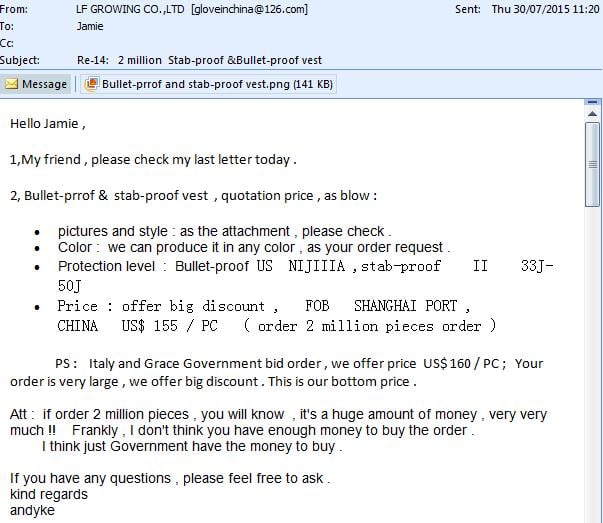 That was just so incredibly funny.

I wet myself laughing.

No, not really. But close enough.

Hector Lee, Happy Valley, HK
15
Vote up!
31
Vote down!
THIS is by far the funniest thing I've read EVER in my live!! Mwahahahahahaaaaa!!!! *gasps*