Skip to main content
Revealed! Your worst (and best) dates with lawyers 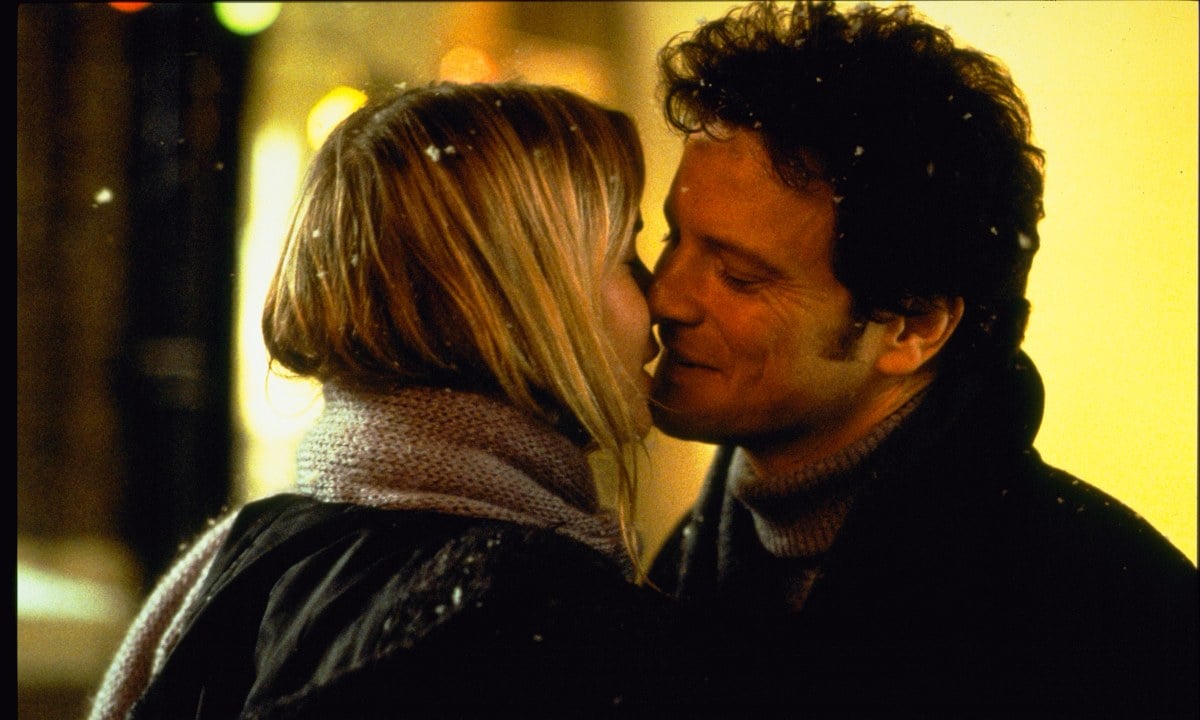 Dating a lawyer can be a mixed bag

Last week, RollOnFriday asked readers to write in with their worst and best dates with lawyers. Thanks to everyone who opened their hearts and revealed their wonderful, weird and (in some cases) unprintable experiences of courting a lawyer.

There can be only one winner of the grand prize of £100, but RollOnFriday is announcing alternative awards for all the best entries.

To those yet uninitiated in dating a lawyer, download the dating app for the legal profession: Lawyr. Based on the stories below, a date with a lawyer should guarantee you some degree of entertainment. And, spoiler alert, among the horror tales of vomiting and infidelity, it's pleasing that there is one person, at least, who has emerged happily married to a lawyer.

"She was my supervisor, we ended up in Abacus. Kept me up all night, then told me she had a day off. I, on the other hand, as a trainee, had to go into work, hungover as hell and so tired. A few days later she shut the door and shouted at me, accusing me of flirting with an associate. Date outside your firm, kids."

The soon to be ex-lawyer award:

"I went on a date that was cut short because she was being investigated by the SRA and the disciplinary panel were having a drink next to us."

The 'it happens to the best of us' award:

"One was going quite well and she suddenly got really drunk and threw up outside Green Park tube."

The 'not another odd tax lawyer' award:

"Went on a date with a divorced tax lawyer in his early 40s. I was a relatively young trainee - (at 26) & we were set up by a mutual friend. I later found out he had hounded mutual friend to set us up because he thought I would be an easy shag. It was horrendous - he claimed to have done badly out of the divorce and was horrifically bitter. Three drinks in and he was ranting about 'women these days' and how previous generations had had it easy because 'women knew their place'. I was lucky the hot bartender had clearly been reading the vibes and came over the check I was ok. With his help I managed to ditch the tax lawyer, but I did get said bartender’s number and hooked up a few weeks after. 9 years on and we are still together.

"Went out with the biggest snob ever. Commercial barrister and he would not shut up about it...went to the cinema and it was quite dark so I couldn’t find him...so he whistled at me as if I were a dog! You know that dog type whistle? FFS."

I’ve been on loads of dates with lawyers. The worst ones I can remember:
- The one who quizzed me about my university results, and then got genuinely miffed when he realised they were better than his (double!)
- The one who tripped over and smashed his chin wide open as we were walking from first date restaurant to bar. I felt compelled to go with him to a&e. It took a long time. It was awkward. Reader, there was not a second date.
- Second date - was a Sunday lunch (perhaps that was a mistake). I was getting a taxi and he asked me to pick him up en route. When I arrived I had to go and ring his doorbell and he came to the door dressed in nothing but a towel with a fully waxed chest that was in stubbly regrowth phase. He tried to get me to come in, getting colder and colder the longer we talked (it was January in London) until finally he agreed to get dressed and meet me at the restaurant. I went straight home, alone.

"She saw the boyfriend she had not long broken up with and when I came back from a trip to the bog her tongue was around his."

"I was on a pretty dull date with a non-lawyer in tedious wine bar in the City, but what vaguely enlivened my evening was eavesdropping on the next table’s conversation.
Which was also a date.  He was a trainee at an MC firm. No idea what his datee did but she didn’t look that impressed as he described  in detail his role on Project Mega Deal over the course of the evening (I.e. spent the evening trying to make his hours of being the most junior member of the team doing due diligence on one irrelevant aspect of DullCorp Inc’s banking or whatever arrangements sound like he was a complete baller).
She made an excuse to leave pretty earlier, I presume he went back to the office to practice being a baller/look at ISDA documents."

"I had one with a lawyer who was interesting and pretty. I was having a nice time until she started whacking the waiter (cocktail bar) with a menu to get his attention. That was the end of that one."

"He told me his wife was pregnant."

The Happily Ever After award:

"The first lawyer I dated, and roffer that I ever met, was Reg. This year is our 8th wedding anniversary."

"I’ll keep it short and sweet. My sugar daddy was a law firm partner...his wife caught us."

"Went on a date with a paralegal who was studying the LPC part-time. Got smashed and danced. She went home in a taxi and spent the next day vomiting and in bed. Did the same the following week. She then went from a top grade student to a mid-grade student. Always held it against me. Married her. Divorced her within 4 months."

The 'showing your age' award:

"I once took a v posh Belgian law student who I fancied rotten to see Dinosaur Jr and she walked out about a quarter of the way through. I stayed to see the end of the set. I’m still not sure why I thought that was a good idea."

"When I lived temporarily in the US I was made very welcome by the local bar association - who weren't that used to visitors.  I ended up going on a date with a local judge.  I was late 20s; she was late 40s, divorced and I was pretty stoked because she was really really hot.
We ended up at her apartment but i didn't get what I was expecting.  It turned out she wanted to bang me with her gavel.  Literally.
I didn't stick around long enough to ask which end she wanted to use."

"I (F33) am a corporate solicitor and I met a fellow solicitor (M35) through a mutual friend so we knew one another through social events. He plucked up the courage to ask me out one time and I said yes. I’m in my early 30s and not getting any younger so I thought why not. I don’t have time to meet new men at this point in my career, I’m so busy all the time.

So during our first date, he seemed more interested in talking about our careers than anything else. Me personally, I like to leave work at work but I guess many lawyers make law their entire personality and life so I wasn’t shocked. When he found out that I made partner already whilst he was still a senior associate, things went completely south. He started probing me on questions about salary, and didn’t seem happy that I was earning considerably more than him. He started asking a lot about childcare and if I would be a stay at home mother and other questions alike, and then when the bill came he conveniently said he forgot his card and wallet. I paid the bill.

I felt as if I was being punished for having more success than him. I guarantee that if I’d told him I was a law firm receptionist or a bartender or waitress etc he wouldn’t have behaved that way and he would have paid or at least gone Dutch with the bill.

I didn’t hear from him in a while and then I bumped into him at a social gathering with our mutual friends. He turned up with his fiancé, a 24 year old part time barista full time English Literature student. I’m still single."

The winning entry (the actual award):

"Used to have a strict rule against dating lawyers. After a string of heartbreaks and trying to get back in the saddle, decided to give one from Hinge [ahem, other dating apps are available] a chance cos he had nice biceps and a sexy Kiwi accent. On the night of our date he was "swamped with work" so asked me to meet at his office. Proceeded to be 10 minutes late, leaving me in the lobby. Rocked up, 2 inches shorter than his profile so I towered over him in heels. Took me to a bar next to work where I had no cell reception but somehow he managed to continue sending emails all throughout drinks. We walked back to his office and he went in for the most horrific kiss of my life. Not even a split second later, a partner walks out, yelling "you're still here!". He went back to work. Somehow we're still dating over a year later, smh."

Congratulations to this reader for employing pathos and displaying dedication for sticking with the beasted associate. Your prize of £100 can, hopefully, be spent towards a work-free date-night.

To the rest of you looking for a date, give a lawyer a chance (they're not all that bad, honest) and download Lawyr today.

I towered over him in heels

Love it when a Tinder date winds up this way.

You lie a bit and say you're an inch or two taller than you really are, they lie and say they're a couple of inches shorter because they're shy about sounding tall, they get a bit carried away on the first-date shoes trying to make an impression. Suddenly you're on a date with a majestic glamazon who makes you look like Rod Stewart.

Not going to lie. I'm a six foot guy (like, actual height, not my Tinder height) and it is a total turn on when that happens.

That Dinosaur Jr story is ace. Respek. Girl had no taste. 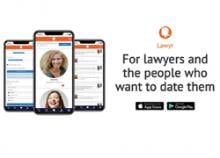 RollOnFriday launches the dating app for the legal community: Lawyr 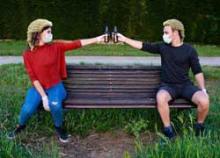 Win £100! Spill on your best or worst date with a lawyer 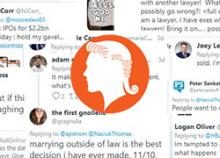 Lawyers and their fans flock to new dating site, Lawyr 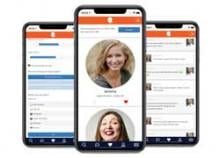 EXCLUSIVE 75% of lawyers would date other lawyers