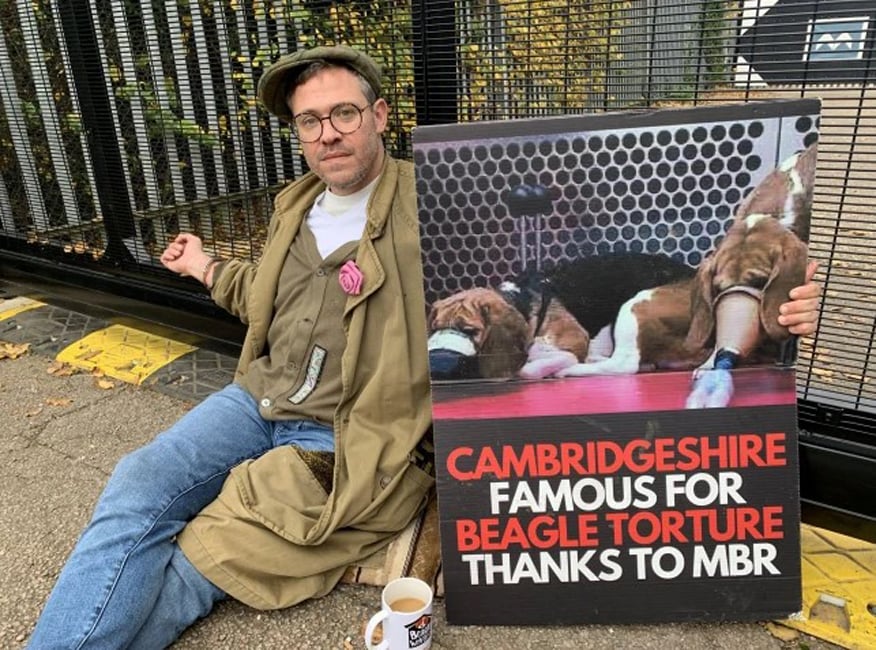 Protestors include Will Young - pictured here chained at the site ("I think I better leave right now" gags to be resisted).

A High Court judge has criticised a company that breeds puppies for medical research, for bringing a "wholly frivolous" contempt action against a solicitor.

In May this year, solicitor advocate Gillian McGivern attended a facility in Huntingdon which breeds beagles for use in laboratory testing, in order to offer legal advice to protestors. After visiting the site (known as Camp Beagle), McGivern started to put together a pro-bono team to represent some of the protestors.

MBR Acres, who operate the facility, accused McGivern of flouting an injunction that had been granted around the site; as she had parked her car in an exclusion zone, and also blocked two cars that were trying to leave the site.

At the High Court hearing, McGivern accepted that she had inadvertently entered the exclusion area, but denied that she had knowledge of the injunction.

McGivern told the court that her car was in plain view, and she would not have knowingly breached an injunction, as it could jeopardise her career and she could lose her home. "I am so proud to be a lawyer and to have fought for the underdog for 30-plus years. I would not have risked that," she said.

In his judgment, Mr Justice Nicklin lambasted the applicants for bringing a contempt action that was "wholly frivolous" and bordered "on vexatious."

"The breaches alleged were trivial or wholly technical", said the judge. "At worst, obstructing the vehicles for a short period might be regarded as provocative, but there were no aggravating features".

"This was not the sort of conduct that the injunction was ever intended to catch," said the judge, adding that the court does "not grant injunctions to parties to litigation to be used as a weapon against those perceived to be opponents".

Nicklin J said the claimants had embarked on a "hopeless attempt" to impeach McGivern, with a "tenacious pursuit" of the solicitor. He criticised their delay in commencing proceedings and their failure to send a letter before action to McGivern.

The judge believed McGivern was a "conspicuously honest and careful witness", and criticised the claimants' cross-examination, for alleging that McGivern had "brazenly and repeatedly lied for over a day in the witness box", while producing "tissue thin" evidence in support.

Nicklin J was also unimpressed with comments made by the claimants' barrister, that MBR Acres was "entitled" to bring the contempt application. There was "no such entitlement", said the judge, to put McGivern through such "a potentially career-ending" ordeal.

Having opened and emptied his can of whoop-ass, the judge dismissed the contempt application, for "being totally without merit". He ruled that the claimants would be required to obtain permission before bringing any further contempt application under the injunction.

McGivern told RollOnFriday: "The personal and professional stakes for me simply could not have been higher. I stood to lose everything, my home, my career and my reputation. The judge wholly acknowledged that when he said MBR embarked on a 'hopeless' attempt to impeach me."

Describing it as a 'David vs Goliath' case, McGivern said a committal for contempt of court is "very, very serious. It's a two year custodial sentence, and MBR was seeking that. And the cost would have been phenomenal if I had lost. MBR would have sought so much money from me, that they would have bankrupted me."

McGivern added: "Despite the fact that I've been 100% vindicated," she reflected on the hearing as a “personal attack” and a "two day assault on the fundamentals of my being. I don't know how I come back from this. I haven't eaten, I haven't slept, I have had nightmares, I have relived it over and over again."

MBR Acres' barristers did not respond to a request for comment.

Was fighting for "the underdog" a delightfully intentional pun? I hope so.

Why have you not named MBR Acres' lawyers? Inhouse or external?

You could just look the case up on Bailii to see that MBR was represented by Mills & Reeve. 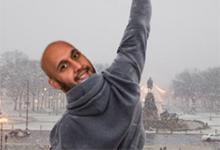 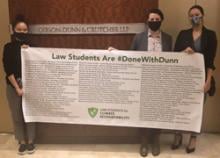