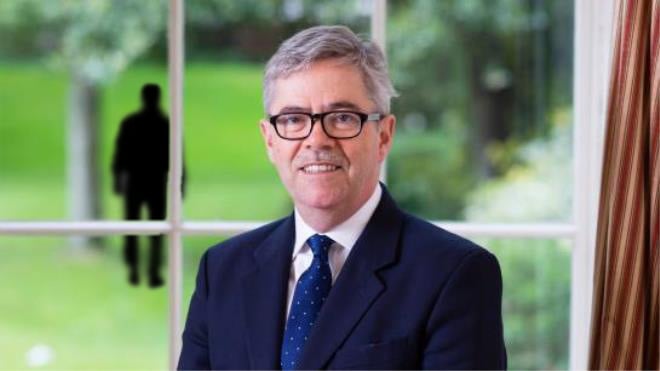 "I can sense another Dave, and the vibes are not good"

David Greene, the President of the Law Society, has stepped down amid dishonesty allegations after the Solicitors Disciplinary Tribunal agreed to re-open proceedings against him.

The dramatic developments represent a victory for Dave Davies, who has pursued Greene and his firm, Edwin Coe, for several years.

The firm sued Davies in 2012 when he denied that he was personally liable for a £7,218 invoice. Although Davies' company, Eco-Power, was originally Edwin Coe's client in a 2008 matter, Greene had emailed Davies new terms of business in 2009 which identified Davies as the client.

In the course of the District Court hearing, where Davies represented himself, Greene testified that Davies might have been able to justify his claim that Eco-Power was still the client "if there had been continuous instruction and we had been continuously instructed with Eco-Power...but the fact is we had finished the Eco-Power file some time considerably earlier and, as I say in my statement, you approached us again I think 12 months later saying could we do a damages claim".

Edwin Coe won and, as RollOnFriday reported at the time, sought an order to sell Davies' home so it could recover its money plus interest.

The President of the Law Society seeking to make a client homeless in pursuit of £20k wasn't a great look, but it got worse when Davies claimed that Greene had lied under oath. Davies produced previously undisclosed emails between himself and Greene which he said proved continuous instructions had flowed from Eco-Power to Greene during the period in which Greene had testified there were none, proving that Eco-Power had remained the client.

After the SRA looked at the evidence and decided there was no case to answer, Davies went directly to the SDT as a lay applicant alleging that Greene had lied.

The SDT determined there was a case to answer. However, when Greene applied to have the case struck out, a different division of the SDT considered the Law Society President's application and agreed with him, and dismissed Davies' application.

The High Court ruled that the SDT had "erred" in granting the strike out, and had relied too heavily on the District Court judgment rather than applying the SRA Principles to Greene's behaviour. "In our judgment, it is at least arguable that the disparity between what Mr Greene said in evidence and the position revealed by the correspondence is capable of supporting a case that the former was not only misleading but deliberately so", the two judges ruled.

The District Judge "was referred to only a small sample of the relevant correspondence; and moreover, whether or not the District Judge was misled is not the only potential issue before the SDT; a lie that does not mislead the recipient is still a lie", they said.

The High Court ruled that the SDT's decision to let Greene off the hook was "flawed both in its analysis of abuse of process and on the merits", but the judges emphasised that they were "not expressing any concluded view that Mr Greene has lied or behaved dishonestly or in breach of professional standards".

"It will be for the SDT to consider whether such a case is made out having heard all the evidence", they said.

In the meantime, Greene has quit as President, handing the role to Stephanie Boyce several months early. He is now seeking permission to appeal to the Court of Appeal against the High Court's decision.  “This case dates back a decade and has been repeatedly thrown out and I fully expect it to be rejected again", he said. “However, the fact that this dispute has been referred back to the SDT during my presidential year will, I fear, become a distraction from my role representing the solicitor profession – at a time when it is facing a period of unprecedented challenge.

“So, it is with profound regret that I have decided to step aside from my role as president of the Law Society of England and Wales during the currency of proceedings, with effect from 19th March instead of at the end of my term this October".

Davies told RollOnFriday, "I have endured a legal battle for 13 years which has decimated my life".

"I am very grateful that the High Court Judges have spent time to review the extensive evidence and concluded that there is an arguable case that not only did Green make statements which misled the court but that he did so knowingly", he said.

Davies said it was "a sad indictment of the Legal Profession that not a single solicitor or barrister would represent me in the High Court case",  although given what's happening to his previous solicitor, it's perhaps understandable why lawyers weren't beating down his door.

If Davies wins that's a lot of egg on the SDT and SRA's faces and there will be serious questions about whether his position at the law soc was a factor in their decision not to pursue the claim.

If Davies had been a paralegal or trainee he would have been well and truly destroyed by the SRA/SDT.

@Grimdark - to be honest, there should already be serious questions.

Whilst it may well be that Greene wasn't up to any funny business, not only must justice be done, it must be seen to be done, and it is not a good look striking out a claim against a senior member of the law society without considering the evidence put forward (which appears to be the case here).

I'm not sure whether to be impressed or terrified by Dave Davies's tenacity.

Another reminder that hell has no fury like a client scorned.

Given the original amount in question is £7k and the amount of court time and litigation has far eclipsed this, I am afraid that Mr Davies will only be satisfied with an apology / judgment in his favour. Strap in again, Mr Greene. One for the mediators ... but maybe Mr Davies rejected that ?

While lawyers may get a bad rap for being too legalistic, its cases like these that should remind firms to be scrupulous on fee agreements/T&Cs etc, especially when it comes to individuals.

You can almost hear the SRA wishing for him to be thirty years younger, given they seem to never miss a chance to eviscerate a junior lawyer/paralegal on any notion of dishonesty....

Does that mean I can run for president now? I am at bit of loose end in Florida and Melania is keen to get me out of the house.

Not a good look for the SDT.  Does it believe in the rule of law and the parity of all appearing before it?   In one of its judgement it states that the CPR does not apply to it.  Really so what are the rules that apply to it- make it up as you go along, depending on the case before it.  I kind of like to know the rules of the game before play commences. I also hope the referee is at least fair and not secretly rooting for the other side.

One swallow does not make a summer of course, but oh look it's another story about a white male solicitor being repeatedly pardoned by the Law Society.

I'm not saying that he'd have been struck off immediately if he was black or female, but I can't help but notice the steady drip drip drip of stories each week in which black, female and non-binary trainees keep being sentenced to hanging for sending an email late.

A double standard, driven by structural racism, or just a coincidence?

What just is, isn't always justice.

Elsewhere in other news the SRA persecuted sorry I meant prosecuted Odette Green and Simon Bishop for breaches when there were no client complaints and indeed the clients appear to have been happy with the service provided. David Davies clearly unhappy with his lawyer is fobbed off and left to fend for himself at the SDT.  Wonder what influenced the SRA's decision making in these individual cases?

Just received (and for the first time in a while bothered to read) my weekly Gazette email from LawSoc. How has this story not even garnered a mention there?!?

Jones Day never sues its clients for this very reason.

Anyone old enough to remember the Glanville Davies scandal? Another LS bigwig given special treatment. Nothing changes.

“Justice can sleep for years and awaken when it is least expected. A miracle is nothing more than dormant justice from another time arriving to compensate those it has cruelly abandoned. Whoever knows this is willing to suffer, for he knows that nothing is in vain.”
― Mark Helprin, Winter's Tale

Anyone else reminded of the Michael Napier saga? https://www.theguardian.com/uk/2009/may/24/law-society-investigation-michael-napier

At least this time, they didn't try to super-injunct reporting of proceedings. That's progress, I guess! 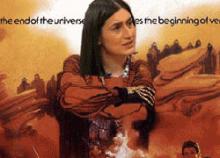 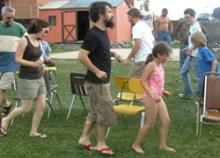 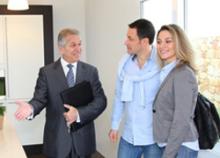 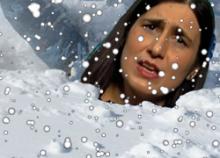 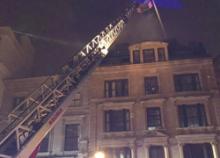