Fieldfisher has failed to pay partners on time for three months in a row, RollOnFriday understands.

Fieldfisher is understood to have dumped new joiners, citing business interruption caused by coronavirus. But sources said the pandemic was a "figleaf" deflecting from longer term problems at the firm.

A source said blame was being directed internally at the reluctance of a key client, a Russian oligarch, to pay his bills in a timely fashion. RollOnFriday has been unable to obtain confirmation from the firm, which did not respond to a request for comment.

The firm has boasted strong financial results in recent years. Profit per equity partner reached £805,000 in 2018/19, almost double what it had been four years previously.

The biggest slice of the PEP pie, "by far", said a source, goes to Managing Partner Michael Chissick. Fieldfisher had an average of 83 equity partners and 111 fixed share equity partners in 2018/19, but during that period the highest paid partner received an astonishing £4.3 million. By comparison, PEP at Macfarlanes in 2018/19 was £1.7 million and the highest paid partner received £2.7 million. 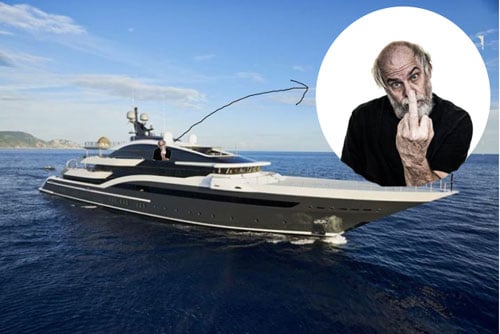 Oligarchese for 'make me pay'.

In position since 2012, Chissick has overseen the firm's increase in profitability and its recent overseas expansion into Spain, Germany, Belgium and China.

But the firm has also faced criticism. Its focus on regulatory work has seen it become embroiled in accusations of conflict involving senior partner Matthew Lohn and cronyism at the SRA.

When the firm announced its record PEP last June, Fieldfisher Finance Director Mike Giles said, "we are not becoming a total sweatshop to increase PEP numbers". But a source claimed that's very much what's happening now. "The equity partners are leveraging everyone for all they're worth", they said. "And there's no money for BD or anything else".

Lawyers at the firm were scathing in comments to RollOnFriday provided around New Year. "The firm's senior management are ripping each other to shreds in a civil war again", said one. "It's disrupting the business". The culture "is well-drilled from the top down. It is summarised as follows: 'we bullshit you until you catch on what we're up to and leave the firm in disgust, but in the meantime, we get our pound of flesh'".

"I don't know a single associate that's not semi or fully active in searching for another role", said another lawyer. "They think that the quality of the work should be enough for us to stay put, and they are doing us a favour in letting us slog our guts out for hours on end. Hoards of departures from the Regulatory team at the moment over pay and workload". But Chissick "is undoubtedly doing a good job", they added, although, "It would be nice if staff got a share of the recent profits".

Equity call for Mr. Chissick, come in, your time is up....

This is the problem with oligarchs. They are FANTASTIC when they pay up in spades. But if they suddenly decide they’ve had enough and won’t cough up, good luck trying to force it out of them.

Anonymous 03 April 20 10:11 Yes, sure, that is THE PROBLEM with Russian oligarchs. Nothing else.

Crises don't show you things breaking down so much as reveal what was already broken.

Play with fire and one will get burned.

Oh dear, looks like emotionally stunted ex-partner/ex-employee needs to tuck into a big bowl of humility and perspective rn

It’s a load of b*llocks re regulatory team, people want to join and it’s a friendly team and the heads are really supportive!

Come on ROF, you know that this article is a load of rubbish, hence why you're scrabbling to back it up with comments from months ago and stories from years ago. One unhappy partner / employee / ex partner / ex employee does not equal an entire firm having long term problems. Give us better gossip please

Oligarchs are fine in litigation. You threaten to down tools and they miraculously come up with the cash.

Surprise - then why didn’t the firm just deny it to RoF? Presumably because RoF is spot on here.

Anon 17:27 - yes because every firm's priority right now will be responding to requests for comments on articles for gossip websites...

I’m not sure that RoF is a gossip site. Even if it is, so what? It still seems to be read by pretty much the entire profession and all the firms mentioned in stories take the site seriously enough to give responses to questions when asked. I’m guessing that RoF was indeed spot on here. It generally is, and it does a pretty good job of shining a light on bad behaviour by firms.

^ is this Fieldfisher's PR team's shoddy attempt at a response?

So glad I escaped Fieldfisher in 2017. Never a glance backwards! It was a good place to train but not to stay for any longer than you had to.

The recent Horizon article in The Lawyer highlighting the worrying lack of cash in those firms towards the bottom of the top 30 is very prescient given the times we are now living in.

Running even the most basic financial threshold tests on some of these firms can cause alarm (no cash, high debt, high WIP, big liabilities, poor utilisation etc) but all is not bleak because law firms should, theoretically at least, be financially robust because of the way they’re capitalised, i.e., the availability of partners capital and the retention of tax reserve and distributions for use as working capital; however, this is where the tension sits because when times get tough in a firm then those partners who can move want to move quickly and ideally be one of the first in order  to protect their capital, distributions and tax reserve. This means one thing; the real issue to watch is partners jumping ship and triggering a run on the bank scenario. Of course when this happens the remaining partners suffer but it is the fee earners and support staff who get caught out most as they frequently don’t realise what’s happening until it has happened. The lesson here; watch how your firm’s management respond to this crises  and watch the accounts but also watch the front door to see which partners go out but don’t come back.

link to a cracking article below 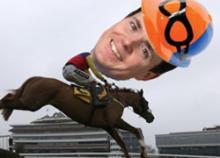