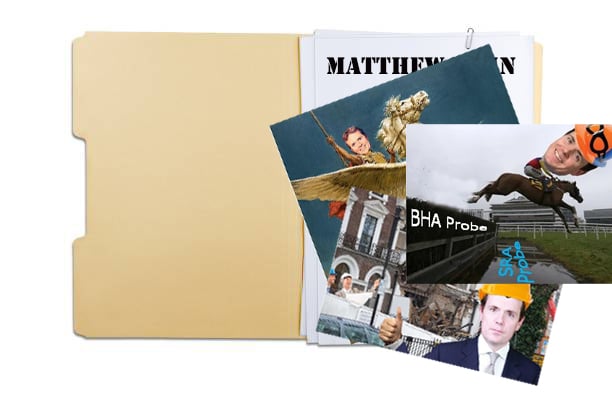 Wonder if the SRA's file looks different to ROF's.

The Solicitors Regulation Authority is investigating Fieldfisher and its former Senior Partner, RollOnFriday has learned.

Matthew Lohn served as the firm's Senior Partner for several years, and sat as the chair of its Supervisory Board. As a specialist in Public and Regulatory law, Lohn has advised numerous regulators and has taken roles on an impressive array of disciplinary panels, including Panel Chair for the Rugby Football Union, Panel Chair for the British Horseracing Authority, Legal Chair for the National Anti-Doping Panel, a role on the Determinations Panel for The Pensions Regulator, a role on the Licensing Appeal Board for the Dubai Healthcare City Authority, and a role on the Complaints Panel for the Independent Press Standards Organisation. For six years he has also chaired the Chartered Institute of Public Finance and Accountancy.

Lohn has also found time to ignite two juicy scandals. In 2017 he was dumped by the British Horseracing Authority as chair of its independent disciplinary panel when the BHA became embroiled in allegations over his perceived conflict of interest. It emerged during a horse trainer's appeal against a guilty verdict overseen by Lohn that for years Fieldfisher had been providing the BHA with paid legal advice. The revelation forced the BHA to quash Best's conviction because of the potential appearance of bias.

The outcry over Lohn's involvement prompted the BHA to fast-track a review of its disciplinary procedures, which concluded that the cosy arrangement which saw Lohn appointed to the panel without open competition for the role was "opaque". The review, conducted by Christopher Quinlan QC, was not critical of Lohn himself. Coincidentally, Quinlan sat with Lohn as a fellow member of the National Anti-Doping Panel.

After looking into the matter, the SRA said it had "decided no disciplinary action was necessary". Shortly after dropping its investigation, the SRA awarded Fieldfisher a place on its General Counsel Panel after receiving a bid co-led by Lohn. Coincidentally, the SRA's General Counsel and Executive Director of Case Direction, Juliet Oliver, previously worked at Fieldfisher in Lohn's regulatory team, and was made up to the partnership under his watch in 2011. When the connections were unearthed by RollOnFriday, the SRA stonewalled requests for information regarding communications between the pair.

Now the SRA has been compelled to look at the firm again after Lohn and Fieldfisher were admonished for their role in an ugly power struggle at the Royal Institution of Chartered Surveyors.

Four RICS non-Executives queried why they had not been shown an audit which cast doubt on the competence of the Executive's financial management. In response, RICS General Counsel Alix Rejman concluded there had been no failure of governance and the non-Execs were fired.

Their subsequent threat of legal action forced RICS to commission an external report by Alison Levitt QC, who discovered that Lohn had ghostwritten Rejman's review and steered the termination of the non-Execs. Coincidentally, Rejman trained under Lohn at Fieldfisher and worked in his team for almost 16 years before moving to RICS.

Although RICS as a whole was Fieldfisher’s client, Levitt found that Lohn and Fieldfisher's approach was not just clandestine, but partisan, and that from the beginning they sided with the Executives against the non-Executives "without any objective analysis of the true merits of the situation".

She found that Fieldfisher’s priority was closing down criticism of the CEO and the COO, which came to a head in an "extraordinary" meeting where Lohn advised the Executives to force the RICS President's hand by threatening to resign unless the four non-Executives were fired. Levitt said Lohn's contribution, "if not amounting to a formal conflict of interest in the regulatory sense", was "deeply unwise", and that parts "were not in the interests of Fieldfisher’s client".

The QC observed laconically that, "With masterly lack of foresight", Lohn predicted that "People will have forgotten about this by November". Instead, news of the sackings leaked to various outlets, which Fieldfisher duly threatened with legal action. The strategy grew ridiculous when former members of the Governing Council of RICS aired their criticisms, and Fieldfisher instructed another firm to threaten them late at night with defamation proceedings. "The members of RICS will be very surprised to learn that, in effect, their subscriptions were being used for their external advisers to use a second law firm to send a threatening letter to other members of the Institution", said Levitt.

Her findings resulted in the resignation of RICS's CEO, its President, the Chair of its Management Board, and the Chair of its Governing Council. In late 2021, Rejman also departed. Now the SRA has been compelled to re-open its file on London's Most Connected Lawyer.

The SRA is remaining tight-lipped for now. An SRA spokesperson told RollOnFriday, "We do not comment on our work while it is still on-going. It would only be if action was necessary that information would become a matter of public record".

In a statement, Fieldfisher said, "We are aware of Alison Levitt QC's findings following her review on behalf of the RICS. We fully respect that she has provided her views based on her own judgement. We are disappointed that some of the actions of the firm and the partners involved in seeking to help RICS, in what was an exceptionally difficult time for the organisation, have been criticised. Fieldfisher is committed to upholding the highest professional standards and believe that our partners did so in the overall context of the events reviewed by Alison Levitt QC".

The firm added, "We are cooperating with the SRA in its investigation but have no additional comment to make at this stage".

Will this cause a domino effect, whereby the lawyers at the regulators who went along with Lohn’s conduct also lose their jobs?

After all, they went along with it…

The old boys club, at its very best.

The real issue is his type of nepotism continues every day, albeit in more subtle ways.

I love the increasingly comedic use of "coincidentally" in this article, and the way you kept us hanging for the last instance of it.

Isn’t it amazing how many senior partners seem to struggle with the basic concepts of “conflict of interest” and ethical standards.

I can think of at least one managing partner who routinely pressures (ie bullies) junior fee earners into accepting instructions they shouldn’t handle. And then, when things blow up, they start tutting and shaking their head and complaining about how the fee earner has “let the firm down”.

It also doesn’t help when the COLP is too weak to stand up to the managing partner. And the junior fee earner has nowhere to turn unless they want to destroy their career prospects.

@Jonny - more subtle in the sense that it now also includes Old Girls and Old Boys Of Varied Ethnic Persuasions but functions precisely as before, you mean?

"We are disappointed that some of the actions of the firm ... have been criticised"

What does this sentence mean? Disappointed with the criticism or the actions that led to that criticism? Can this be paraphrased as "we think Levitt was wrong but don't have the guts to say this outright"?

(Also there is absolutely no contrition or recognition that things might have been done better).

A masterclass in bad PR.

How about the situation where the MP is the COLP and runs the business like an autocratic fiefdom with scant regard for rules and regulations.

About time! The professional discipline arena is so incestuous I’m not surprised the SRA has dragged their heels. Interesting to know who General Counsel was - it wasn’t published in the Levitt papers. It’s about time he got his comeuppance.

Has any consideration been given as to how many bods at the SRA are there on a Lohn agreement?

He doesn’t drive a white Fiat Uno by any chance?

Yes yes, that's all very well, but I don't think we can rush to judgement about this chap until the BSB have had time to investigate and come to a clear decision.

That's the gold standard, you see.

Well clearly they aren’t even pretending to take the role of COLP seriously!

That said, in the firm I have in mind the COLP is so feeble it doesn’t make much difference. Which is odd really as he promotes himself as a fearsome litigator.

Quite why Lohn wasn’t investigated for his BRB debacle is a mystery. His behaviour in the RICS situation is also very poor but not worthy of investigation until now apparently. What has made them change their mind?

The relationship between FF and the SRA is quite remarkable. It is deeply concerning for me to learn of the connections between the top brass at the SRA and FF. How is this allowed to happen?

Nothing will come of this and both Lohn and FF will be fine.

Bringing the profession into disrepute again.  Time to replace it.

@12.53 - while the BSB may well be the gold standard, they don't yet investigate firms of solicitors. Doh!

A clear conflict of interest for SRA- they should have outsourced the previous investigation and the fresh one for Fieldfisher. If they have not why not?

The Q is whose decision was it at the SRA to drop the last investigation. WAS IT JULIET OLIVER???

Nice to see everyone awaiting findings reached after considering any representations from Fieldfisher rather than rushing to judgment. 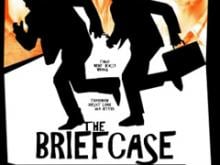 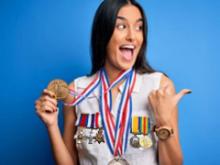