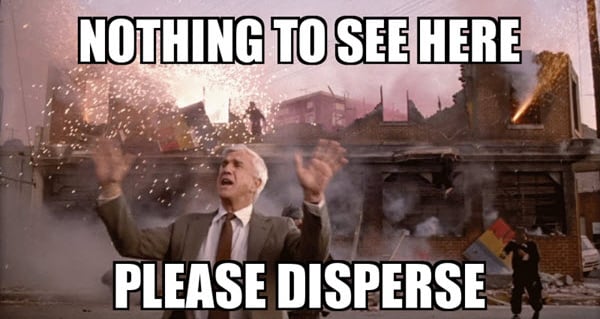 In a busy week for Fieldfisher, at least two staff are seeking to bring claims against the firm in the Employment Tribunal, RollOnFriday understands, while a former star partner has escaped being struck off.

One of the employment claims is in respect of the firm's "botched" attempt to sack a solicitor, said a source.

The lawyer is understood to be claiming that Fieldfisher breached UK employment law by failing to give them reasons for their dismissal, or an opportunity to address perceived shortcomings.

A source told RollOnFriday that a Fieldfisher employment partner stepped in and advised the firm's HR team that it had bungled the process, and attempted to contact the lawyer personally to persuade the solicitor to discontinue their claim.

Fieldfisher then offered to make a payment to the ex-employee to settle the matter, said a source, conditional on a non-disclosure agreement being signed - but its approaches were rebuffed.

The situation was "embarrassing for a corporate law firm boasting an employment law team", said the source, "which is presumably why there was an attempt to make a payment".

Another claim is believed to have been made by a member of staff who lost their job when Fieldfisher made redundancies last year. They are alleging that Fieldfisher breached its obligations by failing to offer the individual a suitable alternative job that existed within the firm, according to a source.

Meanwhile, one of the firm's former equity partners was cleared of dishonesty by the Solicitors Disciplinary Tribunal this week, although he was also fined £50,000.

Stephen Evans-Jones, a real estate specialist, admitted that he "recreated" letters to a client's tenant making payment demands, and backdated them by three months, because he thought they had already been sent.

They were later used in litigation as part of possession proceedings.

But Evans-Jones, who was placed on gardening leave by Fieldfisher last March before resigning in November, maintained that his signature on the documents had been falsified by someone else, and denied deceiving colleagues by signing a statement of truth which claimed they were contemporaneous.

"I am embarrassed and humiliated, it has been on my mind for the past two years", he said.

The error was first highlighted by Evans-Jones himself, reported the Law Gazette, when his wife realised they had been on holiday when he thought he had first signed the documents.

"Signing that statement was the worst thing in my career", said Evans-Jones, who asked the tribunal, "Why on earth would I carry on this master fraud to risk my very successful career that I worked so hard for, for the sake of my client? There is no point in me risking my career and lying. I made an honest mistake and I am living every day with it".

The former Fieldfisher star apparently billed over £3m a year and ran a team of 20 in Fieldfisher's Manchester office. When RollOnFriday asked the firm if it would take him back as he had not been struck off, it said, "Stephen Evans-Jones is no longer a partner at the firm and we will not be commenting". So it's not ruling it out.

There is no way he billed £3m a year - I know of no-one even in US firms whose personal billings get anywhere close to that. He may have a hard-working group of colleagues who he may describe as "his team" who bill £3m a year but if that's a team of 20, they are billing on average £150,000 a year. Not exactly a King's ransom.

It's always Fieldfisher, except when it's S&G

Once again we see that the rules for well funded partners with the clout to fight being struck for falsifying and back dating documents are very different that when juniors do it... amazingly juniors can get struck off when they don't deceive the court but if your wallet's big enough, signing an inaccurate statement of truth is all good!

@9:06. He’s the partner bringing in the business so he gets the credit. The clients wouldn’t pay if it was just some sweaty associates.

I agree with you OneRule . The SRA rules guidelines actually say that more senior and experienced lawyers are supposed to be treated more harshly than inexperienced/junior lawyers for the same offence, on the basis that they should know better than NQs and paralegals what is acceptable behaviour and what is not. The SRA are however reluctant to take on senior and powerful partners in big law firms, much better and easier to go for the troubled junior who makes a mistake and panics, even if the of offences at the more senior end of the profession would appear to be much higher and driven by bad motives. I have witnessed this first hand at my own firm (UK MC), where partners in management were caught falsifying appraisal records to justify reducing pay for out of favour individuals. Nothing at all happened to any of them, other than being required to apologise to the guy who caught them in the act,  and they still lecture the rest of us about the values of the firm.

@9:47 I suspect the difference is the evidence indicated a lack of intent to deceive.  The reality is that partners often have their signatures on file and, while they should always be asked each and every time someone wants to apply it to a document, the reality is this gets abused (often innocently) and they aren’t always.  This will only increase with remote working.  It’s also the case that partners are expected to take ownership of the work they supervise, which means they often take the blame for the errors of others and just suck it up.  Associates in many firms don’t see this part of life “behind the curtain”.

@9:06 $3m will be his book of business, ie the work he’s directly responsible for generating.  His team of 20 will almost certainly be shared with other partners as a pool of resource.  That said, a $3m book of business (which presumably wouldn’t all be transferable, as some always attaches to the firm) does seem a bit small for a Fieldfisher “star”.

I expect the difference is that by the time one has reached the heights of equity partner, one’s practical & technical ability in BS and blagging has been fully developed to specialist level. Thus the “well I know I sent the letter so this recreation is not deceitful, it’s merely reconstructing that which already existed…” and “my wife reminded me that we were on holiday at the time so I’m afraid I cannot assist further…” lines are on tip of tongue. Far harder for NQ to say “I’d been abandoned by the team because everyone knew the client was a khunt and the partner was known as mr teflon and as a bully and I didn’t know what to do or who to ask. The client was shouting at me and so was the partner. And once I’d done that I’d been summonsed to three other conference calls on subjects I knew nothing about. And that was a typical Saturday afternoon at AnyLaw LLP.”

This is why HR shouldn't be involved in this type of thing. They blunder all the time, the only reason they've been caught on this occasion is because its a law firm. 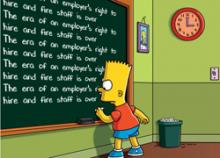 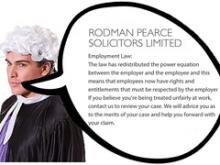