Baker McKenzie has raised the base salary for its newly-qualified lawyers from £77,000 to £90,000, joining the City firm dash to make six figure pay possible for the most junior solicitors.

Bakers said its NQs would all receive a £5,000 signing bonus, taking guaranteed NQ earnings to £95k. There is also the potential for NQs to earn in excess of £100,000 thanks to the availability of a performance bonus.

It is the latest firm to succumb to the NQ gold rush after Macfarlanes, Hogan Lovells, Ashurst, Linklaters, Slaughter and May, Allen & Overy and Clifford Chance all scrambled to match Freshfields (and then each other) when the Magic Circle firm hiked NQ pay to £100k in May. It has been widely seen as a move to turn junior eyes back from US firms, which, without a thought for the bank balances of partners at UK firms, have sprayed NQs with salaries of over £140,000 (and that's not counting the bonus).

At Bakers, six figure NQ pay is contingent on NQs scoring a performance bonus of at least £5k. NQs at Clifford Chance, HSF and Linklaters will also have to qualify for a sufficiently large performance bonus to earn £100,000. Just how large is unclear, since those firms have declined to disclose what proportion of the potential £100k+ pay package they are touting comprises salary and what proportion comprises a discretionary bonus. 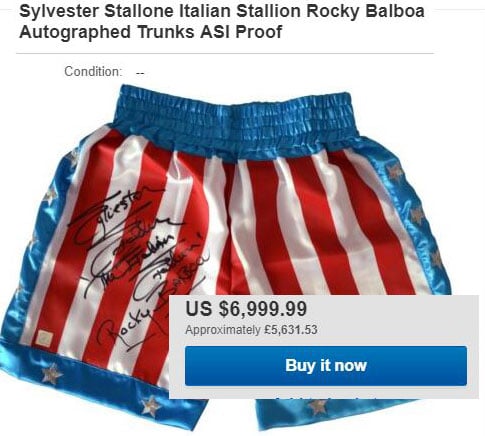 High-performing NQs may now buy one pair of Rocky's trunks (condition: --) a month.

The source of NQs' joy has put a few senior lawyers' noses out of joint, however. One HSF lawyer told RollOnFriday that senior associate bands have “not been moved from £104k - £150k max”. They grumbled that their pay grade "is now less than middle market competitors like Ashurst, Addleshaw Goddard, Macfarlanes and Hogan Lovells”.

In response, a spokeswoman for Herbert Smith Freehills told RollOnFriday, "While we previously disclosed band figures, we have decided not to disclose our salary investment beyond NQ level due to the highly competitive market we operate in. We review all our salary bands to ensure they are in line with the market and our approach has always been to invest in those who make the greatest contribution to our firm".

Baker's look after their fee earners, shame they treat the rest of the staff like crap.

As a senior solicitor in a rural firm making mid £50k on 14 hour days, my heart bleeds for those poor poor mid tier associates on a mere £140k

Anonymous at 9:51, I used to work in the regions and moved to the City thereby getting a substantial pay rise. However, in the regions, I managed to buy a two bedroom house with a garden on my salary, in the city it took me years to get to a stage where I could even think about buying a one bed flat due to the insane property prices. I know plenty of places where you can live quite comfortably on £50k - London is not one of those places.

The fact that NQ salaries are getting so high in the City just means these people won't get significant salary bumps as they progress through the ranks...which will probably make them want to jump ship to US firms anyway.

Hogan Lovells may be many things, but mid-market it is definitely not!

Since when is Herbies a better firm than Ashurst/Lovells?

To the regional guy on 50k - if you don’t like it, and want to earn more, then try to get a job paying more, or with better hours, or both,  because working 14 hours a day in the regions (at non partner level) is unusual.

Better to front load the cash anyway, when you have a lower cost base, a lower marginal tax rate, and have longer to compound your savings.

Depending on how raises are calculated in subsequent years, the signing bonus mechanic may also be a smart tax move (since you get it in a tax year in which you've been on a trainee salary and minimise the likelihood of hitting the 100k threshold after performance bonus and getting rinsed with a 60% marginal rate as you lose your personal allowance).

Even without that, it's a handy way to fund qualification leave.

Better salaries to attract NQs, but no changes to the scale above them for the mid- to senior-associates. Why bother paying loads to attract someone you’ll lose in two years?

I worked 14 hour days at a regional firm, senior FE non partner level, for £80k. It was the norm and you'd live for a scrap of a bonus. Not that I minded. All the (good) regional house prices have shot up because of ex-City types coming out and splashing all their equity and happy to pay ticket price for over priced properties. It makes no sense to be a regional trainee anymore even at bigger national shop. Better to bust a gut at a mid tier in London and hope some of the sunshine rubs off / piddles down from the top tier. Better still to stuff your pockets while you can; I remember 2006 when NQ salaries were shooting up just like this. Two years later we all lost our jobs. So I don't really care what these firms decide to pay their progeny, they'll probably need it one day.