Skip to main content
Junior solicitors cash in with pay rises at Baker McKenzie, Gowling WLG and Slaughter and May 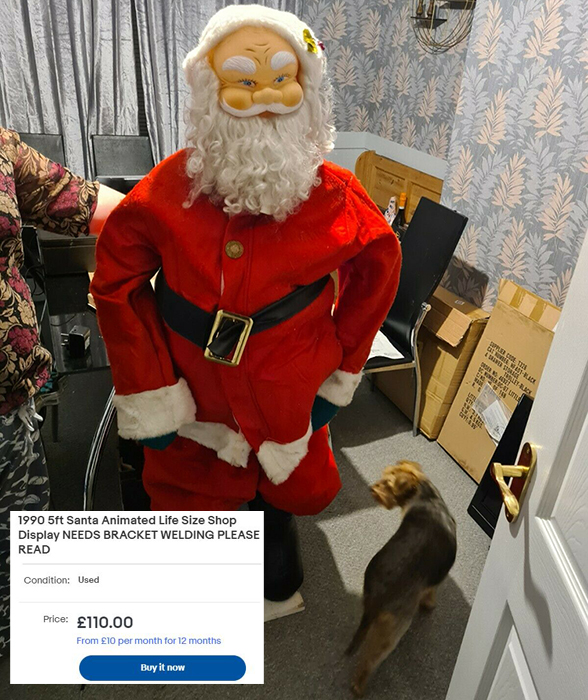 A pay rise, now? It's not too late to purchase a terror Santa!

Baker McKenzie, Gowling WLG and Slaughter and May have become the latest firms to increase pay for their newly qualified solicitors.

Baker McKenzie's NQs were on a base salary of £90k, with the possibility that a discretionary bonus would take them over six figures.

But then Macfarlanes announced in November that it was lifting its NQ salary from £90k to £100k, BCLP raised its NQ salary to £95k, and Herbert Smith Freehills moved its NQs up to £105k - prompting Bakers to leapfrog all of them.

The firm's new NQ salary of £105,000 will take effect in March 2022, and places Bakers' NQs just a couple of grand below their peers at Magic Circle firms Clifford Chance, Allen & Overy and Linklaters, who are on £107,500, and a smidge above NQs at Freshfields, who are on £100k.

Bakers is also raising its trainee salaries from £48,000 to £50,000 for first years and from £52,000 to £55,000 for second years, while a discretionary bonus will remain available to all fee earners, if they are deemed among the "highest performing individuals" at the firm.

Against the background of the war for junior talent, Baker McKenzie acknowledged that raising salaries in March rather than July was "a step away from its normal timetable" and an "unprecedented decision to advance its salary review for fee earners".

Meanwhile, Slaughter and May has this morning dropped a big Christmas gift on its lawyers and increased NQ salaries to £107,500, matching CC, A&O and Links.

A source told RollOnFriday that it "generally bumped up all of our pay bands" and announced discretionary bonuses which "clocked in for me at around 20%".

Slaughter and May confirmed that the new salaries will be backdated to 1 November, and RollOnFriday understands that raises will apply across the PQEs and for Senior Counsel.

Gowling WLG has also increased its NQ salary in London to £85k from 1 Jan 2022, and has nudged the NQ salary in its Birmingham office up to £52k.

A solicitor at GWLG wondered when they would get their raise, telling ROF there was "no news yet as to what that means for us 2, 3, 4 and 5 PQE who are on that salary or very similar now".

The industry practice of publicising trainee and NQ salaries invites a pay battle at those levels. That's not the case for higher PQEs, where salaries fluctuate within pay bands which are rarely disclosed, removing much of the impetus for firms to rapidly out-pay their competitors by headline-grabbing amounts.

However, a spokesperson for Gowling WLG told RollOnFriday that "salary levels for associates, senior/principal associates and legal directors are also being increased for 2022".

He added, "We keep pay under regular review to ensure we remain competitive and to continue to reward and motivate high performance. We invested in one our largest salary rounds in recent years over the summer, and we are pleased to be in a position to increase lawyer salaries further from January 1".

Respond to ROF's request for comment and take our survey, below, if you haven't already. Thanks!

When is this pay war hitting the regions? They all do the same work us as anyway, they just get paid more to live in bloody London

It would be nice to have greater transparency on associate pay at PQE levels.

Anyone able to provide insight what PQE pay is at Slaughter's?

I've heard senior associate pay will max out at 150k.

Mid level associate salaries better go up at the same rate as we do all the work. NQs are near useless…

If you think that is true, move to London (if you can make it past interviews lmao)

There's nothing more that need be said over a forum really

I'd rather better supervision than more pay, but hey ho.

Anyone got any news on Simmons? I'm an incoming trainee and interested to know

To answer your question for Slaughters payscale:

This raise is interim only because they are doing a full review of the paybands with some overpriced useless consultants, so we will no doubt see some further changes in the next PQE band raise which is always applied from 1 May at the firm.

All bands are lower than e.g. Freshfields which has 1PQE on 130k + bonus

Any bumps for Simmons trainees? Or just NQ to 100k? Thx

I had a meeting with an old lady on Thursday. Her net worth was less than £70,000. Less than an over paid NQ in the city earns in a year . I get paid less than her net worth per annum  but it is more than enough for me.  Her smile when I finalised her will was worth more than any discretionary bonus . Her response when I chose to wave my fee, priceless.

No surprise you're stuck in Surrey drawing up wills if you spell 'waive' as 'wave'...