Possibly unfairly, Baker McKenzie is most famous for its size. Based in Chicago, it now has 78 offices in 47 jurisdictions and a total of around 4,700 fee earners worldwide. And a whopping 13,000 strong staff in total. The firm dropped the ampersand from its name, so perhaps that will, in time, shave off a few quid in engraving and printing costs.

Perhaps because the UK is such a key component, US partners seem quite happy to leave the UK operation of London/Belfast to manage itself. The culture is more that of an 80 partner domestic practice than of a global mega-firm. Hours tend to be UK rather than US, it is generally seen as highly autonomous and, because it is staffed by so many Brits, has traditionally been thought of as the most "British" of the American firms at which to work.

The UK office has had to deal with the fallout from the Gary Senior scandal. Aside from that, it has built a reputation to be a very convivial place. “Supportive atmosphere for juniors - partners and associates really put time and thought into my development"  comments one trainee. An NQ agrees that the firm is filled with ”great people from the support staff to the partners". One junior associate says that hours aren’t crippling and there is “a decent work-life balance”. Although, another trainee comments that at times "cross border work" can result in "unusual working hours".  And another lawyer bemoans the "7am meetings with Australia".

There are some grumbling voices when it comes to pay. One junior lawyer believes that salaries are "still low end of the market" but balances this with chargeable hour targets being "lower than the magic circle". The London office also seems due a refurb, or at least a new lick of paint, as there were several complaints about the building being "old and not very glamorous".

Another trainees says that, "Even though the firm is massive you're made to feel an important part of it". Further up the food chain, an associate vouches that, "After 4 years at the firm, I am yet to see any pressure to spend more time in the office than is necessary to complete the job. If those hours are long, then so be it. If I'm done at 5.30pm, I'll be out the door at 5.31pm". Which sounds healthy. One lawyer also proudly notes that "agile working is actually a thing here".

The fact that Bakers has lots of overseas offices doesn’t necessarily mean that its lawyers are likely to spend any time in them. The firm's Associate Training Program (ATP) can provide some opportunities to work in offshore offices. But its 'local lawyers' policy means that if you are after first class overseas experience, you may be better off in the Magic Circle. However, if you are looking for an alternative to mid-sized UK firms and see the possibility of overseas work as an interesting fringe benefit, then Bakers is an option well worth looking into. 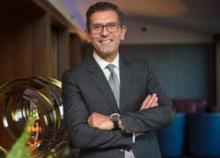