Macfarlanes is one of the most distinctive mid-sized law firms in the City, with a corporate department that regularly competes with the Magic Circle on deals.

The firm eschews costly foreign offices in favour of a referral network. To this extent the firm is very much a miniature Slaughter and May, which of course means that assistants can expect to be similarly Slaughtered by the hours. Still, at least they earn the same sort of cash (plus a bonus scheme of up to 25% of salary), and the work is some of the best in the City.

Major clients include Goldman Sachs, 3i, RBS, Reebok, Barclays Wealth and Paramount. And the firm's been keeping its nose in some very tasty deals, such as Duke Street Capital's secondary buy-out of the Wagamama's chain and it advised Brit Insurance on a $1.3bn cash offer for Apollo Management VII and CVC Partners. The firm also represented oil company Trafigura in the Abidjan Personal Injury Litigation, the largest group litigation ever brought in the English Courts and possibly one of the most controversial. It also recently advised Verizon on its $130bn purchase of Vodaphone's interest in the company.

Like Slaughters, Macfarlanes has a reputation for being a fairly old-school outfit. The partners may deny this, and certainly the firm has taken steps towards showing its progressive, funky side - in the past corporate assistants have been invited on free skiing trips. And whilst associates claim there are many partners "who let you share their Werther's Originals and know a good story about a bridge" there are others who are "down with the kids" and even some who "like the rap music". Word.

So maybe it's the law firm equivalent of your father trying to dance at the school disco. But the lawyers we've met all seem like a very nice bunch, and since senior partners are taking home some pretty serious wedge we imagine they quite frankly couldn't care less.

The firm is also seen as one of the most meritocratic in the City. So aside from the money and partnership prospects, there are other clear advantages to training and working at Macfarlanes over and above the larger City practices: chiefly, its small size means that you can expect proper, hands on experience from the day you start. And whilst it's generally referred to as a corporate boutique, it also has a cracking private client department if that's your bag - a rarity in such a profitable firm.

The downside is that there's nowhere to hide - if you're crap you'll be found out in double quick time - and given the lack of foreign offices it's not the best place to go if you fancy heading off to the Med for a little R&R.

The firm has performed excellently in recent RollOnFriday satisfaction surveys, where lawyers rate their satisfaction across several key metrics.

Lawyers have complained that the firm "embraces change reluctantly" and that "the sacrifice of life outside the office is totally expected". Others worried about a logjam higher up the ranks, with one saying the firm "still needs to address hierarchy problems and how to manage with large number of senior solicitors and few partnership places". But there was a lot of praise for the "genuinely friendly" collegiate atmosphere, the "very bright people"  and the "interesting and challenging work from trainee level up". Partners were described as "approachable" and the firm's Senior Partner, Charles Martin, received praise for his leadership. As for its fuddy-duddy ways? "The firm's classic retro charm is bang on trend with hipsters".

In the latest survey, Macs people were largely happy - the firm placed 14th in the RollOnFriday Best Law Firms to Work At 2022.

Management was praised. Bosses “do things properly and are passionate about the firm”, said a junior solicitor, and “the overriding impression is one of stewardship”.

On culture, trainees praised for the firm for "friendly and approachable" lawyers and an open door policy. As to whether the firm had progressed from its old-fashioned image. "Not nearly as 'stuffy' as its external reputation would suggest" said a senior lawyer. Although a junior lawyer said the firm was "still a bit old school despite trying to pretend it's not by introducing a casual dress policy."

It was highly-rated for pay, with one junior lawyer revealing (but hopefully not putting into practice) that there was: "enough dollar to use £20s as bog roll, but the geezers over the road at Weil use £50s. Still, not to be sniffed at."

The newish office was "a huge upgrade to the facilities we had pre-2017", said its lawyers, who summed up the premises as "all pleasant, but definitely not flashy. It's consistent with the firm's vibe: nice but not very showy". There were plaudits for free sanitary products in the female toilets and good coffee. The 'Wellness suite' in the basement was "the only letdown”, mainly because of "the sign on the door warning of risk of death from electrocution" in the neighbouring plant room.

Clearly this is a good firm at which to work, as long as you're happy with tough hours and have the intellectual ability to cope with early responsibility. Along with Travers Smith (similar work, slightly less crusty), it's one of the better mid-sized firms in the City.

NB The salaries listed in the table are the average amounts payable within those bands. There is also potential for a firm-wide bonus. 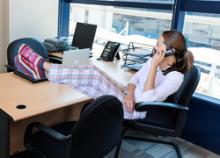 Macfarlanes brushes off Covid downturn to retain 80% of its trainees 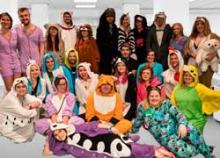 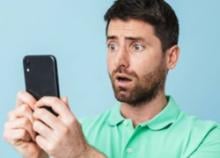