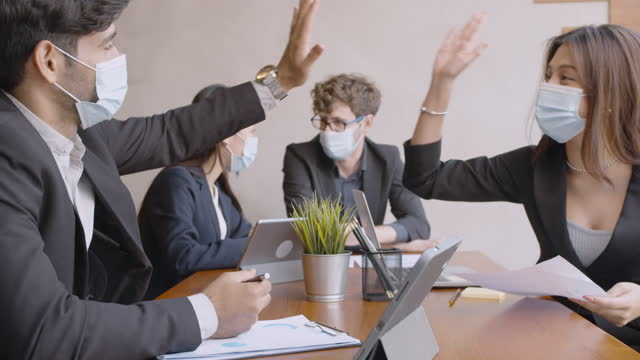 "Hurrah! We're almost in as much demand as HGV drivers."

Slaughter and May has raised trainee salaries for the second time in a year.

The uplift in pay, effective from 1 September, means that Slaughters' trainees will now be paid the same as their peers at Clifford Chance, Freshfields and Linklaters. Fellow Magic Circle firm Allen & Overy pays its trainees £47.5k in their first year, and £53k for year two.

Over the summer, Slaughter and May also boosted base salary for its newly-qualified solicitors to £100,000, matching Clifford Chance, Freshfields and Linklaters. Allen & Overy also pays its NQs £100k - but only when a bonus is included.

As pay wars continue to escalate to attract junior talent, a source told RollOnFriday that Freshfields has raised the salary of 1PQE lawyers to £130k. RollOnFriday asked the firm about this, but a spokeswoman said, as a matter of policy, the firm did not comment on pay.

In other news, Slaughter and May has also announced that Deborah Finkler has been elected as the firm’s first Managing Partner. In a significant change for the firm's leadership structure, the newly created role will take on the functions of the current head roles of Practice Partner, as well as strategic elements of the Executive Partner’s role. Finkler will start the new role in May 2022, when current Practice Partner David Wittmann and Executive Partner Paul Stacey step down.

“I am delighted to announce Deborah’s appointment," said the firm's Senior Partner, Steve Cooke. "Her reputation as a practitioner is outstanding and she combines this experience with great knowledge of the firm from her time as Head of our Disputes and Investigations Group and as a previous member of the Partnership Board. These were roles to which she brought great drive and integrity and make her ideally equipped to be the firm’s first Managing Partner”.

“It is an exciting challenge for me, and I am grateful for the support of my partners as I step up," said Finkler. "I am looking forward to shaping the role of and hiring the COO over the coming months."

Tags
Slaughter and May
Salary
Tip Off ROF

All these female MPs! A new dawn?

Hopefully not a new Dawn Handbags.

In ten years time we will all be amazed to discover that the new wave of female leaders has behaved almost identically to the previous generation of male ones. As if prioritising the profits of the various firms that they have been appointed to increase the profits of was somehow a vital part of their role.

The main change will be that we eventually grow tired of aggrandising puff-pieces in various trade journals, lushly illustrated with images of the subject looking determined while sat in a large meeting room, explaining how brave, refreshing and diverse it is for a wealthy white woman to now be doing the same office-based job that a wealthy white man was doing only a few moments ago; as if such a change should be notable to anyone other than their immediate colleagues and family members.

I may be proved wrong but I would be very worried if I was a Slaughters partner right now.

Please elaborate why you would be worried?

The magic circle has appointed its first female president too.

It continues to amaze me how serious professional women are always slighted and vilified by old men, who promote unserious, unprofessional rich young women with a rich cockney father to partner and pretend that she is a real lawyer in front of lower class clients.

I agree that female owners are not necessarily friends of women employees.

The employment law itself is not protective of the employee with caring responsibility.

26th @ 6.54 - employment law generally favours the employer, and employers are trying to exert much more control over emoloyees' personal lives than was previously the case.