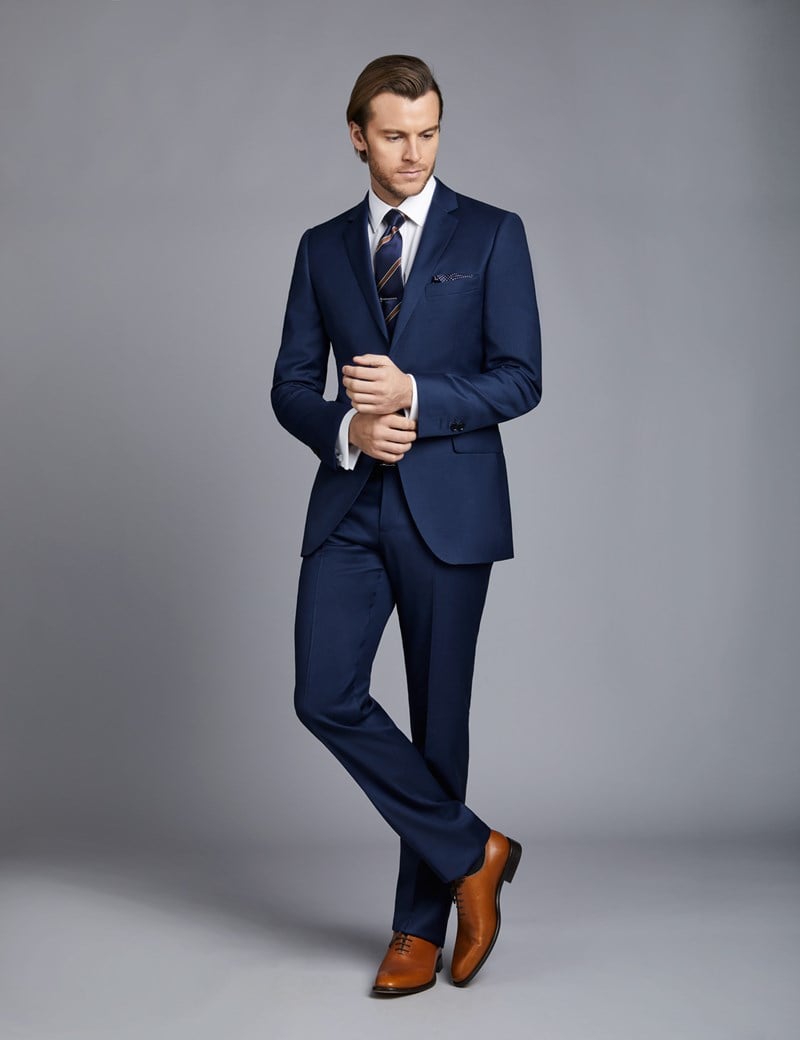 But this Slaughters associate had his salary docked 10% for wearing brown shoes in town.

Slaughter and May's pay freeze is being lifted, to a chorus of "huzzah" from lawyers at the elite firm.

The announcement will be welcomed by the Slaughters associates who were not best pleased when the firm told them in December that last year's pay freeze was continuing; despite other City firms thawing their salary restrictions (for lawyers, at least). The grumbles seemed to have contributed to Slaughter and May being marked at the bottom of the Magic Circle for satisfaction with pay, in the RollOnFriday Firm of the Year 2021.

But Slaughters has now announced that it will increase "most PQE salary scales", and eligible associates will move through the PQE salary scales. NQ salary will also go back up. Last year, the firm reduced NQ pay to £87,000, but it will rise to £90,500 (albeit, this is just shy of the pre-Covid level of £92k). These changes will be applied retrospectively from 1st January 2021.

"We thank everyone for their continued hard work and loyalty during this period," said a Slaughter and May spokesman.

Things are also looking up at Eversheds Sutherland. The firm has announced that it will repay reductions made under the 'Flex Scheme' that operated from June to November last year, in response to the pandemic. The scheme (similar to flexible initiatives by other firms) allowed staff, who were less busy than usual, to voluntarily take a reduction in hours to 80% for a commensurate drop in pay.

The firm has now stated that those individuals who went "on flex" and worked reduced hours will receive a repayment in March equal to their reductions in pay.

"Despite the challenges of the last year, the firm has performed strongly against budget and it is therefore right that we make these payments in appreciation for the support shown for the Scheme,” said Chief Executive Lee Ranson.

In December last year, Eversheds Sutherland also brought back all those staff who were furloughed, and repaid in full the funds it received from the UK government under the Job Retention Scheme.

Tags
Eversheds Sutherland
Slaughter and May
Salary
Tip Off ROF

Well done Eversheds Sutherland, that's how a decent firm behaves ... unlike Dentons who think they did us a favour by letting us take a pay cut and reduce hours to 'save jobs' and are now making people redundant anyway!

So at Eversheds I could have had Fridays off for six months and then be paid in full for it? Seems harsh to those who have taken a beasting throughout.

Let us be clear, the Eversheds Flex scheme was in no way voluntary.  Yes the firm voted for it but if your team was below threshold then you were put on Flex whether you wanted to or not.  As to the comments about people sitting at home and now getting 100%, it was made very clear by very senior partners across all teams that if you were put on the Flex the expectation was that you would work every hour in the week if it was needed.  It was also made very clear that you didn't get a day off as you were expected to be logging in.

Big up the Shed

Those who did not go on flex have been awarded an additional one week's pay to be paid in March - and I'd expect them to be rewarded with larger discretionary bonuses and chargeable bonuses come year end.

ES flex was controversial at the time but many of us signed up to it being comfortable that it was better to save jobs and that the leadership of the firm could be trusted; as things got busier the majority of teams were moved 'off flex' quite quickly with some teams (unjustly in the view of many) remaining on flex slightly longer. In whole the scheme lasted a maximum of 5 months.

As it became apparent by September that the teams on flex were busy we were moved off quickly (I am a corporate lawyer; we were 'on flex' June - September inclusive). The corporate teams at the firm have been very busy since September and although there has been a quiet build-up of resentment about this given the pay cuts, following this news we absolutely have to give credit to the leadership team for recognising now rather than waiting until the year end that giving 20% pay cuts for 4 months would not be appropriate in a firm where PEP would remain above £750k.

I am not a huge cheerleader for the equity partnership here - of course there are all sorts of things still wrong - but they have 100% got this right now.

Re comments you were put on flex if you signed up or not - this isn't true as far as I understand it and would surely be a breach of your employment terms if it were (corporate lawyer - only understand basic things like stock transfer forms)?

Can we name and shame the greedy and unprincipled ones which don’t pay?

Elsa and Anna above has completely gone full on Stockholm Syndrome here (or is partner in the firm).

The "better to save jobs" narrative is one that was played out but the money that was being saved was going to the equity partners.  It was a transfer to 20% of the wages of staff to the profits.  The staff earn a salary and do not participate, save for small bonuses, in the profits of the firm.  It is for those who are meant to take the risks in business to take those risks when things are tough.  However, they have transferred that risk down to the staff.

The comment about credit to the partnership for making the decision now really sticks in the craw.  We are half way through Q4 and the profits are pretty much set now.  The partnership knows how much they will make.  They are failing to take any risks and have waited until they completely knew the full financial picture before this announcement.

E&A mentions Corporate.  They are losing staff and I don't know of anyone who isn't interviewing.

Thanks Anon - not a partner (and likely never to be one); perhaps Stockholm syndrome but don't believe so. I was a vocal critic of the scheme once we understood (financial performance being so transparent as you know) that last year was a record year and this year was going great guns.

I would have liked it to have happened sooner but I think credit (or at least removal of some of the thrown shade) is deserved for making the decision at the end of Q3 not waiting until year end and potentially using it to deflate any chargeable and/or discretionary bonuses.

Agree with you - lots of people unsettled and looking to move (and I'm open if you know any good jobs for willing scandi-kidnappees) but that always happens in a downturn to some extent - this is of course as much as anything a move by the leadership to try to abate that (it is not made out of the milk of human kindness but to best further the business and ultimately partner profits).