Slater and Gordon and Blake Morgan came bottom for pay in the RollOnFriday Firm of the Year 2019 survey. But amongst the usual suspects, a surprising crop of very good firms also scored very poorly.

Norton Rose Fulbright (49%) "wants US firm hours - without paying the top UK rates, let alone US pay", said a junior solicitor. "Could do better", said a senior solicitor. "Would do better, I imagine, if the firm had not spent a small fortune on new IT systems that do not work. Did no one think to google SAP before they bought it?" "Breathtaking generosity shown by this year's bonus of around 0.03%", said another senior solicitor. "I can only assume the cash is drained by the crippling tributes demanded by Accenture for their Manila venture and the ill conceived SAP roll-out".

"Rock bottom pay", said a senior solicitor at HFW (49%). "Told due to low targets but partners get top wedge". Several said the firm "suggests this is due to low chargeable hours targets compared to competitors", but more critical staff claimed it was "getting away with murder".

A senior solicitor at Clyde & Co (47%) was "Just about surviving, and then the 3.9% rail fare sent me into poverty". A junior solicitor said she "can't complain about a pay rise", albeit "it was slightly patronising to have a partner treat the 7% rise, which was handed out across the board to juniors after enduring years of pay freezes, as a reflection of my personal performance".

Pay at Squire Patton Boggs (42%) was "derisory for the level in the market", said a junior solicitor. But a new bonus scheme was recently introduced, said another junior solicitor, "shelling out extra cash at 5% increments per hours billed above annual target". It was "the right step forward", and "it's apparently uncapped, so those at busy departments will be able to supplement the meagre base pay". An SPB partner mused, "Pay is decent for the decent people, and not so good for the not so good people, which is as it should be really".

"We're an insurance law firm", said a junior solicitor at BLM (42%). "It amazes me we get paid more than the Living Wage". Pay was "Very bad", said a colleague. "They justify it by saying we have a good work life balance. We don't and get told off monthly if we are not meeting 100% targets".

"Everyone knows BLM pays well below average", said a junior solicitor. "The deal used to be that you didn't get beasted on hours and workloads. I'm now being micro managed on a daily basis by a partner from another office that I've never met, so why should I take less for the same treatment I could get elsewhere?" As for the bonus scheme, "It is easier to fathom May's Brexit deal", said a junior solicitor. "I say scheme singular; the goal posts change month to month as management try and work out the best way to screw us out of a bonus. Last year they developed the most complicated scheme ever that involved quarterly payments and an end of year percentage payment, only to scrap it all after 12 months. Insert the Julia Roberts-trying-to-work-geometry-out meme here". 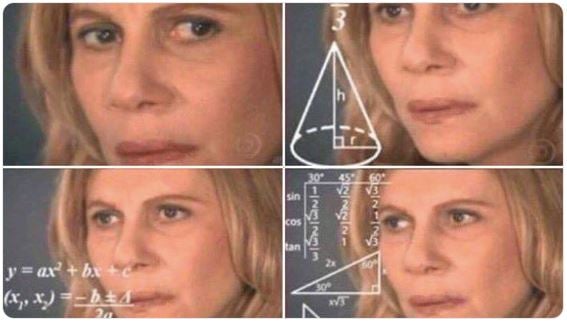 The Golden Turd, Ince Gordon Dadds (38%) dipped into the 30s, but the comments were mostly complimentary. "Pay is a lot lower than Magic Circle", said an Ince trainee, "but so are the hours". "Below market", said a GD lawyer, "and management are making moves to dodge a pay rise now that we have merged with Ince".

There "is so much overpaid deadweight in partner positions, it's scary", said a senior solicitor at Shoosmiths (36%). "My main gripe on pay is really the 'overheads' we have to pay for", said another senior solicitor. The respondent referred to a partner "who bangs on about how agile working is amazing and the way ahead, but then considers himself so important he falls out of the 'agile working class' and has his (clearly non-agile) secretary accompany him to London to support him when he's visiting during the week. I do not know of any other firm that would pay for that luxury in this day and agile age! Especially for a partner who doesn't do any work!"

Voting their firm joint last for pay, lawyers at Slater and Gordon (33%) were "overworked and underpaid", said respondents, who described a bonus which was "deliberately vague" so it "never has to be paid". Joining Slaters at the bottom of the cash pile was Blake Morgan (33%). "Never generous on pay", said a senior solicitor, "the firm's drive to improve profitability has meant pay rises and bonuses are almost non existent". It resulted in "a steady exodus of junior lawyers leaving the firm, which is largely attributed by all to poor salaries", said a junior solicitor. Pay "is lower than in-house, in the public sector and lower than all of our competitors", said a senior solicitor. "We are haemorrhaging junior staff as a result".

NRF pay has been dragging behind competitor UK firms for several years, so I'm surprised that this is only just coming out as a complaint now.

"An SPB partner mused, "Pay is decent for the decent people, and not so good for the not so good people, which is as it should be really".

It's some German actress apparently

Yep - I laughed at that SPB partner quote too - perhaps that's just as it should be, if by that they mean they don't bother to actually manage people. That quote exemplifies everything that is wrong with solicitors as "managers", it's not like they're trying to run a business or anything....

Imagine SPB essentailly changing target hours and paying you for the extra work via a discretionary bonus when you could do the same hours elsewhere and get a substantially higher (guaranteed) basic salary.....

I believe it is Renata Sorrah, a Brazilian actress.

Shoosmiths was making noises about being the "Leading National Firm" when their agent spoke to me. I didn't follow it up (laziness is sometimes a lucky escape...).

"a new bonus scheme was recently introduced, said another junior solicitor, "shelling out extra cash at 5% increments per hours billed above annual target".

GC won't be happy with number 3

The pockets of decent culture at NRF grow smaller each day. You need to spend a long time hunting, or maybe just be lucky, to find them now. This is a place that damns its hardest working and protects the dead wood. Throw in US hours and pay not even competitive with other UK City firms, with a critically unfair bonus scheme, and it is no wonder there seems to be a new resignation every day.