Macfarlanes is the top-scoring UK firm for pay, with staff handing it a fantastic 78% in the RollOnFriday Firm of the Year 2019 survey.

"Recent pay rise now means I earn nearly £100k a year as a 1PQE solicitor", said a Mac lawyer. "That's excellent". "Pretty deece", said a trainee. "Not 6 figures", said a junior lawyer, "but as it has been quiet for the last while, relative to the amount of work I actually do I should be shot for what I get paid". "The pay at Macfarlanes is really good for our level of firm", said a junior solicitor. "There are two bonuses annually (one personal, one firmwide) on top of an already generous salary".

An Osborne Clarke (78%) partner said it "would be great to offer eye-catching salaries, but you can't do that unless you're willing to sacrifice the work-life balance...". It's a deal with which most were at peace. "The pay will never be world beating", said a senior solicitor. "but this is compensated to a degree by not being surrounded by psychopathic, money grabbing dickheads".

"I'm 6 years PQE earning 100k plus and have a good work/life balance", said a senior OC solicitor.  "I shouldn't complain. But I am a millennial so will probably do so at some stage."

Walker Morris (78%) offers a "Top-level salary for Leeds", said a solicitor, "but 'London hours' are common. In fairness, that is the firm's whole business model (City-quality work for Leeds charge out rates), and the partners are up front about this when hiring people". Staff seemed very understanding. A partner "only got poor points one year but it was equity wide", while a senior solicitor said pay "could be better", but "the office move is probably quite expensive". The formal bonus scheme introduced last year was welcome  since bonuses "used to be randomly drawn out of a Tetleys ash tray". 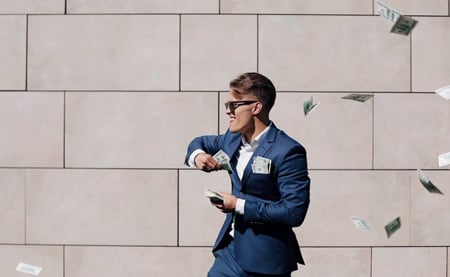 The only lawyer in the survey to admit being paid market rate, yesterday.

Clifford Chance (76%) placed top of the Magic Circle for pay, by a large margin. "Too much to complain", said a junior solicitor. Opaque, flexible salary bands within the Magic Circle led to some CCers believing they were getting a raw deal, and others thinking they had a good one. "Top of the magic circle for associates. Can't complain!" said one lawyer. "Less than other magic circles which is immensely frustrating", said another.

"We don't get paid the most but we certainly aren't living on the breadline", said a junior solicitor at Trowers & Hamlins (75%). Although a partner claimed avoiding poverty was only "due to being overseas. If I had been in London I would have been totally skint." At Firm of the Year 2019 Mills & Reeve (75%), "We are paid less than other firms", said a solicitor, "but that is weighed up with the work/life balance and the nice environment". Though there was one recurring gripe: "The salary does not reflect the cost of living in Cambridge".

Mayer Brown (73%) pay was "not quite US but keeps me in G&Ts", said a junior solicitor. But another complained it was "not commensurate of the dollar culture we've been trained in". At former FOTY Burges Salmon (72%), "We aren't rolling up to work in Porches", said a lawyer, "but as far as regional salaries go it's enough to make me stick around". Some annoyance, though, that while "very well paid for Bristol firms", the lawyers are "not the highest paid anymore."

"Good base that keeps up with the MC", said a junior solicitor at Travers Smith (71%), "but bonuses are apparently thought of as a bit nouveau". "You do get the feeling that they genuinely aren't trying to squeeze every penny out of you", said a solicitor, confessing "I'm definitely paid a bit more than I deserve". A respondent from Hogan Lovells (71%) made a similar point. "The pay is good if you're in a cushty advisory department (like me)", they said, "but I wouldn't say the same if I was slaving away in one of the big corporate or litigation teams".

Pay at Bristol-based TLT (70%) was "not top of the market", said a lawyer there, "but excellent taking account of hours and culture". Although one moaned of his pay rise last year, "In percentage terms, it went up less less than my train ticket", Another consoled him from across the survey: "It's Bristol - what are you gonna do?"

Hill Dickinson (70%) pulled out a great score, too, but the comments were mostly seeking improvements. "The firm’s decision to entirely scrap the PQE banding system and give everyone a flat 3% raise was disappointing at best", said a solicitor. "Let's just put it like this", said a peer, " - for the first time in years we got a Christmas bonus: £50".

Pay at Burges Salmon is lagging well behind Osborne Clark and fee earners are voting with their feet and leaving in droves to OC's office across the river (for certain departments anyway). Bonus is derisory (firm wide max annual bonus of £1k is almost embarrassing, I'd rather pool it and give to the seccies). Personal bonuses are refused for the slightest of reasons even when targets are met - including recoverability, which is fun when partners screw that up.

Don’t be fooled by the OC salary - this is undoubtedly for the London office and us bumpkins in Bristol don’t see anything like that at 6yrs PQE. Regional pay needs addressing as a whole, the market has changed as has the cost of living in the “regions”. London has never looked so alluring....

Hopefully the shit new building will have emptied the partnership pockets substantially. 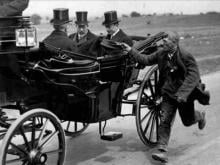