Can yer tell what it is yit?
192
Vote up!
201
Vote down!
Not sure anyone outside SG management ever uses, let alone imagines, the words "Slater Gordon" and "taking things seriously" in the same sentence.
210
Vote up!
231
Vote down!
Yup, we can all see how seriously you take your confidentiality obligations.
203
Vote up!
211
Vote down!
all firms do this - you just got caught
205
Vote up!
223
Vote down! 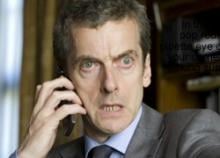