2018 showed that the future of the profession is in safe hands, partly because a load of wrong 'uns were weeded out.

Hill Dickinson and RPC cut ties with members of Exeter University's Law Society after they made wildly racist comments in a WhatsApp group. In the exchanges on the 'Dodgy Blokes Soc' group chat, law students proposed a race war and joked about gang raping their peers.

But there was some sympathy for other youths cut down before their prime. Ince & Co fired a first year trainee for poor performance. Slaughter and May axed two students for failing an LPC module. Dentons suspended and "disciplined" four trainees who were caught accessing confidential HR documents. And Veale Wasbrough Vizards threatened to take three of its trainees to court unless they each repayed it £9,000.

As the SRA delayed the introduction of the super exam by another year, students continued to slog through the system in the knowledge that trainees are now less well-paid after the regulator abandoned the minimum trainee salary. Students had new issues to contend with, too, like no more latex catsuits. BPP Uni told students taking its Bar training course that they would be penalised during their advocacy assessment if they wore short skirts or "Kinky boots". Later in the year BPP made video audition tapes compulsory, so, top tip to candidates: leave the fetish clobber for the written element.

A former BLP trainee did her bit to help those climbing the ladder behind her. Her style guide for new lawyers was so honest it was banned by BLP, but she has now converted her wisdom into a book. Lord Sumption had wise words, too, warning barristers they were "ridiculous" to rely on the love of the general public to get legal aid cuts reversed. One NQ quit law to court that affection, leaving her job to appear on Love Island. Alas, she was deported within a few episodes. 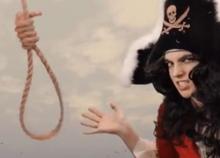 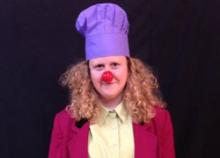