Skip to main content
Pandemic Lawyer of the Year: Called cops on neighbour, got banned from One Stop 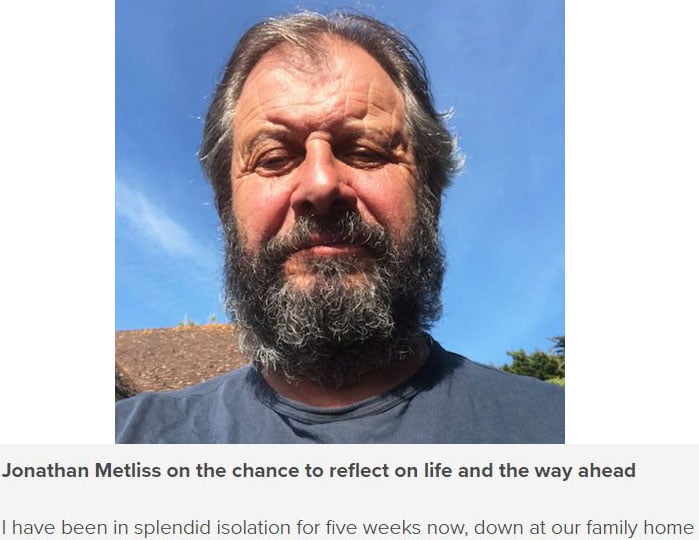 The Chairman of Axiom Stone Solicitors has published a tell-all lockdown diary in which he reveals things got so bad he called the police on his neighbour and was banned from the village shop.

As a result he is, obviously, RollOnFriday's Pandemic Lawyer of the Year.

Jonathan Metliss published 'Diary of an isolated lawyer' on his firm's website in three parts this Summer.

It started well enough. "I have been in splendid isolation for five weeks now, down at our family home on the South coast", wrote Metliss.

"Of course it has been hard", he said, but lockdown "has given me a rare opportunity to reflect on life".

"I have seen the apple blossom grow on the trees", Metliss wrote, and "listen constantly to the wonderful sounds of the orchestra of birds making their music."

Even the loss of televised sport didn't faze him. "I do not miss professional football one jot and am glad to be out of the constant money-go-round of hype, superficiality, shallowness and greed and its bloated pay and finances", he said.

By the time of his second entry five weeks later, things had taken a turn for the worse. "The peace has disappeared and war has broken out", said Metliss.

"This is the longest I have ever spent here in my 30 years of owning this property", complained the solicitor, whose beard was now "that much thicker".

Metliss explained that he was tortured by his neighbour's "noisy swimming pool pump".

"Notwithstanding the complaint made by the residents’ association on my behalf, the noise continues and disturbs my quiet enjoyment", wrote the agitated chairman.

"Not only that, this neighbour came on to my premises, which was a trespass". So Metliss called the police, who "have now visited her to warn her of her behaviour. A solicitor’s letter has also been sent." 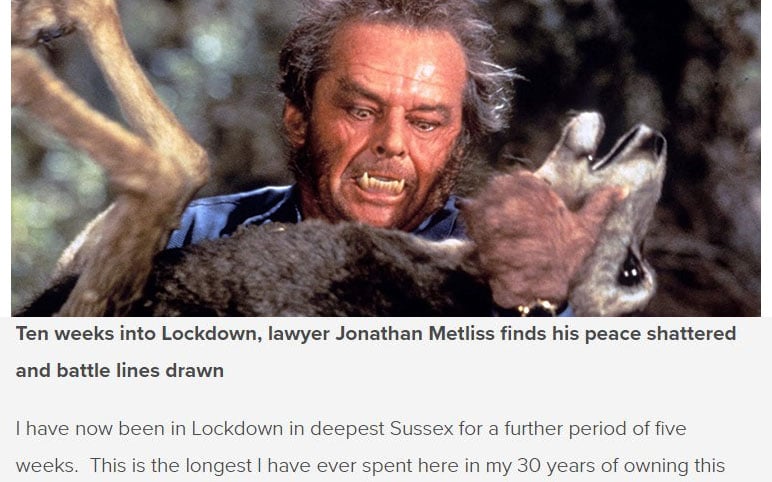 "To add to the fun", another neighbour pinned Metliss as a troublemaker and "has been telling me to 'be quiet' – notwithstanding that I have not made a noise in his direction for 10 weeks!"

The transformation of Metliss' bucolic retreat into a bickering battleground reached its peak with an "altercation" in the "village One Stop convenience store".

An elderly customer "came in coughing and spluttering and stood less than 2 metres from me in the queue to be served", said Metliss.

The lawyer didn't specify how he reacted, but whatever he did it was not well-received. "I was criticised by the store manager and told not to return there", he revealed.

The joke was on the shop, though. "Silly them, they have lost a good customer who buys his food and supplies either at the M&S franchise at the Rustington BP garage or the Village Stores at East Preston."

Banned from the shop and under siege from his neighbours, the final entry described how Metliss emerged after four months in lockdown.

"I have had my hair cut and my beard removed at the first available opportunity", he wrote. "More importantly, I also made a visit to my manicurist and my hands and toenails are now in good shape".

"But, some things never change", he said. For some mysterious reason, "the lady with the noisy pool has sold her house”.  She did turn off the pump. "But the purchaser has put it on again. So, another headache".

And a neighbour "has decided to cut back my trees and hedges in the middle of summer. Another letter going out from my solicitors!"

But Metliss signed off in an optimistic frame of mind. "I am staying alert, keeping my distance and being sensible", he wrote, "notwithstanding being chastised by my 40-year-old lawyer son on a pretty regular basis".

Tags
Pandemic Lawyer of the Week
Tip Off ROF

I’m envisioning Brando at the end of Apocalypse Now.

Can someone send this to Accidental Partridge?

Calling the police for a trespass? Last time I checked that was a civil issue!

And also quiet enjoyment does not refer to noise, as any fule know 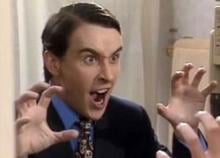