A lawyer has appeared in court this week after an altercation at the Royal Opera House.

Last October opera-loving, Oxford-educated (©Daily Mail) lawyer Matthew Feargrieve was at a performance of Siegfried when he got into a contretemps with fellow patron Ulrich Engler. The genesis of the dispute appears to have been Feargrieve’s wife’s coat, which was on an otherwise empty seat. Feargrieve claimed that Engler threw the coat on the floor and then pushed his wife when she tried to retrieve it. Engler maintained that he put the coat on Mrs Feargrieve’s lap so he could sit in the seat, and that the lawyer berated him and then repeatedly punched him. 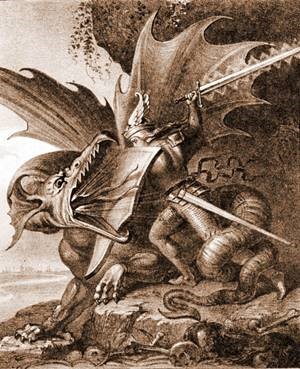 Unlike the opera’s protagonist who knows no fear, Engler was entirely cognisant of the concept and reported Feargrieve to the police. The lawyer, who currently runs his own consultancy but whose leitmotif is that of an offshore specialist - he has been a partner at Ozannes, Withers and Appleby - found himself facing a charge of assault by beating, which he denies. Magistrate Colin Bateman-Jones noted that there were “an awful lot of witnesses” and set the case for trial at City of London Magistrates’ Court on 9th May. 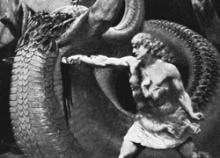 Tantrum at the opera as lawyer convicted of punching German

Who the hell is Fafner? Is he a really indolent, indecisive version of the Nordic monster Fafnir?

I think you’ll find that in the opera he is known as Fafner.

Wot a Laddington Bear. good on him for giving that foul Kraut a shellacking