A middle-aged lawyer has denied that he pretended to be a young woman in order to persuade a real woman to date him.

Ciara McShane received a message this week from a 'woman' called 'Ellie Connell' informing her, "My lawyer mate fancies you something so improper it's funny". 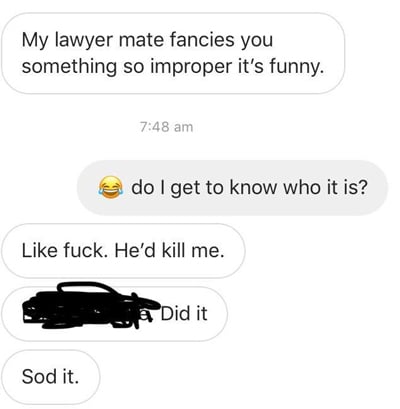 'Connell' quickly agreed to provide details of 'her’ mate.

'Connell' told McShane that the besotted lawyer was 39. After 'Connell' described him as "too old anyway", and checked McShane's age, 'she' provided a photo of him which linked to the man's LinkedIn profile. RollOnFriday is not publishing his details. 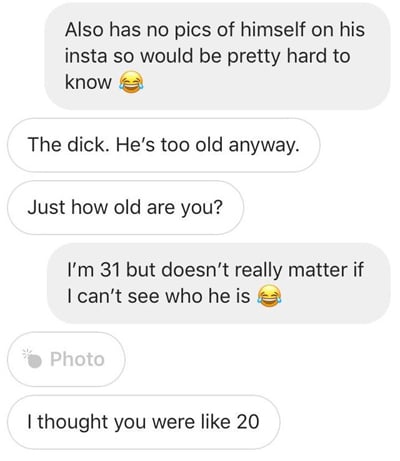 Because real people with no skeevy intentions often contact women out of the blue asking 'Just how old are you?'

McShane said her suspicions were raised about the veracity of 'Connell' because the other woman's account was created just a week earlier. McShane wrote on Twitter that the red flags "made me think it was in fact him".

It certainly wasn't 'Ellie Connell', who does not exist. Her profile pictures are all of Heather Nelson, a Manchester-based model, and appear to have been lifted from Nelson's online portfolio. It would suggest that 'Connell's' dismissive comment, "He's too old anyway", may have been a lusty lawyer testing the water. 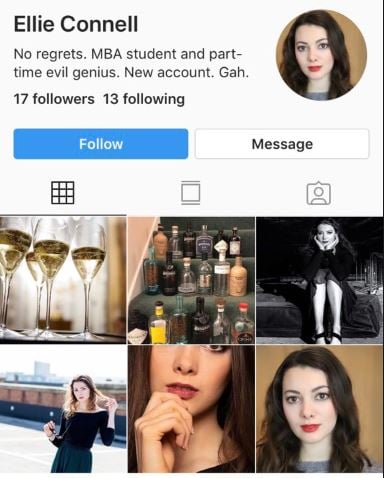 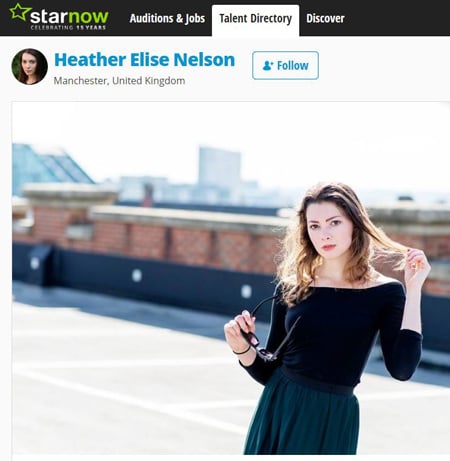 RollOnFriday telephoned the solicitor, an employment specialist who incidentally is 50, not 39, and asked him if he knew anything about someone contacting women on his behalf to tell them that he fancied them. He said, "No, sorry, nothing at all". Asked if he was in fact 'Connell' and had been using the fake persona to contact women online, he replied, "I know nothing at all about that, sorry". He did not ask what on earth RollOnFriday was talking about.

Twitter users assumed his guilt, replying to McShane's tweets, "Wow...What the....****", and "I actually shuddered". However, one follower pointed out, "You have to respect the amount of effort he's gone to just to make it extra creepy though surely?"

For more information on how not to contact women over the internet, see Proudman and Carter-Silk.

He sounds daft rather than creepy (he didn't wait long before revealing he was a man). Assuming he wasn't being set up of course. Bit creepy to go to the media with the story though.

People of all genders do odd stuff when they are unconfident and attracted to someone.

Think about it... this (rightly) wouldn't have been reported if a girl did it. A bloke wouldn't put it on Twitter, and RoF wouldn't pick it up.

‘he didn't wait long before revealing he was a man’. You’ve misread the story (or are him attempting to sow confusion). At no point did he reveal he was a man pretending to be ‘Ellie Connell’.

I took it that him sending the Linkedin picture was him admitting to be a man (or whoever was setting him up, if that's what happened).

Lol at the false (and mildly creepy) suggestion that I'm him trying to sow confusion. Some people are so gullible and blindly believe anything they're told!

Apologies if you’re not him. No, ‘Ellie’ sent her a photo of him which linked to his profile. He didn’t do anything, according to him.

No worries. I see, I thought him sending the photo was a way of showing that there was no 'Ellie'.

Yes, he said he didn't know about the whole thing, which is possible.

(Also, sometimes it is relevant that it’s a bloke doing it not a woman because of the different power positions of the sexes. Where a woman’s actions might be seen as borne of innocent motives, eg to protect herself, and therefore not newsworthy, a man’s might be deemed to come from a more predatory place.)

The bloke is obviously desperate and deluded. I bet this sort of thing happens all the time but the fact the girl showed some interest in a random stranger fancying her also shows she’s desperate too!

Er, couldn’t someone be catfishing them both? ie a basement dweller pretending to be a manly lawyer.

What a ghastly intrusion of people's private lives. This is the nadir of RoF news. 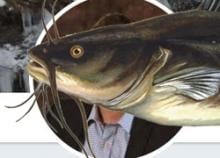 EXCLUSIVE ‘Lawyer’ wrongly smeared as being terrible at sex