I felt last nights episode was a bit flat and unassuming, I haven't got a clue as to where the story was leading?

Hastings set it all up to throw the scent off him. Hargreaves was a stooge. Hastings ex-wife is running the OCG, it ws her computer he disposed of and she is running H and the other UCOs.

From the last two episodes there has been far too much emphasis on Hastings, its so obvious it cannot be him??

If Hastings ex is running the OCG, why is she skint? I think it is superintendent Powell pulling the strings

I’m calling it. This series is shit.

Everyone has dropped about 50 iq points. All the stupid hints and knowing camera shots on Ted are ridiculous. He clearly can’t be H as he is broke and living in a travel tavern. If that’s not the case then it’s cheating the viewer.

The series works when the team are working on individuals who may or may not be corrupt and seeing the consequences of what happened.

The “OCG” is so far fetched as to be comical.

Vicky is undercover at ac12

There’ll be no resolution in this series.

zero, you maybe right, I will have to watch last nights episode again, as I was half asleep whilst watching it.

The whole OCG and Police being in corroboration with them and going rogue is not that far fetched.  I said on a thread elsewhere I clerked cases whilst at Uni, where there were security cleared judges and prosecution counsel in respect of a trial involvig conspiracy to import, and supply tens of millions of pounds of cocaine, and the supply of automatic weapons.

There were matters around PII, UCO giving evidence behind closed screens, the defence being able to see limited evidence from the crown due to national security issues, and special branch among others being involved. UCO's were in "custody" whilst awaiting trial, where they were getting more evicence/admissions then being released mid trial, etc, etc.

On reflection Jill Bigeloe counsel to the Police I suspect has a huge part to play in this , in a role which she currently appears to play a "bit part " in??

There has to be a resoloution this series, there always is in one way or another

The resolution will be the scouser threatening to kill Hastings them killing himself. Possibly on a rooftop.

not a bad shout zero as it happens. I just hope this series takes a turn for the better after last nights debacle.

I think Hastings sold his laptop to raise money. If it was going to incriminate him he’d have chucked it in the river not take it to a shop duh.

agreed it was a rubbish episode and the denoument with the raid too difficult to follow in real time, irritating the viewer had to have it explained after the fact.

and Jon Corbett waving a gun around. Ffs.

@Minkie, just how skint can a Police Superintendent be that he has to sell a PC to make some cash. AC12 are based in the Midlands/Birmingham. They get paid about 85k, that is a a a lot of money in that area.

@ sorry you are not alone. It's as though Jed Mericho ran out of time in the production /directing the episode to get something out so it airs in time. He did say the series is filmed in two slots of three. And that was the third looked like it was cobbled together.

There are too many "set piece" raids/hi-jacks, imo.  They are supposed to be tense and exciting, but I find them a bit of a bore.  Bring on more interviews like those with Lindsay Denton.

- Hastings had to get rid of the laptop as Hargreaves will have emailed him re the dodgy land deals. Can't be seen to be colluding with H.

- Hastings will be forced to reveal his soirre with Gil to prove his whereabouts, which goes against his principles of no sechs outside marriage etc. He'll be publicly shamed / investigated then let off the hook at the end of the series as it doesnt get resolved in this series.

- Ex mrs Steve is still trying to use him for info.

- The female copper who ran Peartree is a wrong un.

Also, putting a man in a waistcoat with a decent haircut (Steve) makes him 20x more attractive apparently

maid, steve is irritating beyond belief. But he does a great cockney accent to be fair.

I don't find it that hard to follow and followed the raid perfectly well in real time.  I assume that the OCG has dirt on Hastings and has promised him a hefty pay off at some point in the future hence he's dirty and skint.  I had him pegged as H early on in the last series.

when Steve got Lisa McQueens tel no from Corbett he used it to track her movements/surveillance. Did I miss the bit where he explained to Kate and Ted where he got her number from? Faod this was before he came clean about the meetings withCorbett.

Having watched this weekend's episode, I now reckon Kate is H.

Which one is Kate?

This one , Sails. Also known as H 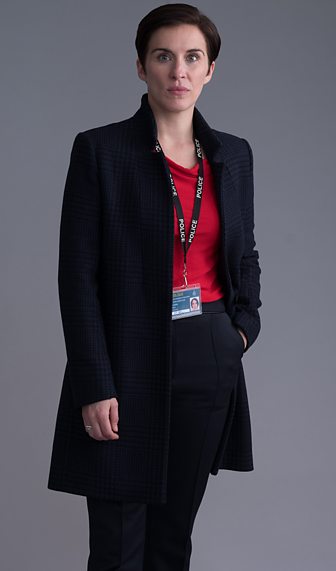 I’m a bit worried that it’s a double bluff, that Hastings is the baddie and everything we’re seeing is exactly as it’s being portrayed messing with the assumption that it’s too obvious. If that does turn out to be the case then it will move from being “bit shit and not as good as the others” to being turboshyte.

I am still running with my idea that Kate is undercover from someone else though.

I didn't start watching until the last series but decided very early on in that that Hastings is H despite all of the twists to suggest otherwise.

Is the lady in the OCG also a police officer gone rogue as she seems to be the link between the gang and corrupt police?

i’ve got it into my head that she will turn out to be a daughter of Tommy Hunter. She’s in the OCG business but doesnt seem to like it very much. And she’s a bit obsessive about calling out a rat, which was one of Hunter’s obsessions too.

Hastings is not H.  There is too much that has gone before with him as the moral centre of the whole story, so it cannot be him.  It wouldn't be a twist for Hastings to be H, just a shit ending.

It can only be Kate (or Steve, which has crossed my mind) if the chain of command has been handed down to them because the history of the H-related corruption has been going on for years.

I reckon Hastings is controlling Lisa in the OCG because his typo of "definately" cropped up before and is maybe a signal to her that it is him giving instructions on the laptop.  So yes, sails, I think she is also an undercover cop.

Am a bit disappointed with this series, tbh.  Think the shark might have been jumped.

I thought Lisa was working undercover for DSU Powell

So the undercover female officer had John Corbetts throat slashed, why? if she is an uco?

Meanwhile Hastings appears to have gone rogue, accepting tens of thousands in cash , and much more. Now all this focus on him seems too obvious, he can't be crooked surely. That said Hasting s was keen to see Corbett, shot,  why?

Are the writers triple bluffing the audience, making Hasting seem like H, when he isn't?

Jill Biggeloe, the Force Counsel/Lawyer will turn out to have a big hand in OCG, I suspect. All the suggestions above seem to be plausible.

If Hastings is H, it is as someone else said a shit end to series 5.

Biggeloe def in it up to her neck.

although...for weeks now she has known Corbett to be UCO embedded in the OCG. Would she not have got him removed before now, if she is bent she cant have him running the show, his cover would be blown ages ago, not just now in this latest episode.

but same argument goes for Hastings too if he were H he’d have had Corbett bumped off soon as he knew about Peartree.

whether she’s a UCO or Hunter’s daughter she certainly isnt a straight up member of the OCG. Her anxiety after Corbett’s demise - I’m sure Mercurio isnt so cheap as to stick that in for red herring reasons only.

Who gives a flying feck?

Very poor acting, laughable dialogue and some scenes look reminiscent of Dixon of Dock Green, the baddies look so cardboard.

Really, if this is the best thriller that British TV can come up with we are behind hope.

Marshall 12 million people may disagree, that is a hell of a lot of people. That said the female UCO is an awful wooden actor, agreed.

That said Hasting s was keen to see Corbett, shot,  why?

True kimmy, but shot dead . This is a man who is a sticker for rules and regulations... he could have had him arrested. He was committing various crimes, just arrest him . Simple.

There's clearly some back story about something that happened in NI once upon a time given that Hastings and Corbett both have NI links and the torture of Hastings wife was carried out in the IRA style.

I think it might have disappeared up its own arse at this point. I get the sense that twists are prioritised over a coherent story.

Shanters, I reckon you maybe right, altough I hope not.

Why is everyone assuming H is just one person?

I assume the cash Hastings got was the refund of his dubious investment but suspect he'll find the money is dirty and get dragged into something.

I particularly enjoy how they label the buildings.

To be fair a lot of vacant office buildings do have similar signs on.  The real difference is that they have some vague security and aren't full of dubious foreign criminals killing people.