A firm which allowed a trainee to accuse opposing solicitors of behaving like imbeciles has been reprimanded by a judge.

In a copyright dispute between a bike designer and the Rich Energy Haas Formula 1 team over a natty stag's head logo, Brandsmiths solicitors replied to a disclosure request from the other side, "This is quite frankly an imbecilic request by you." 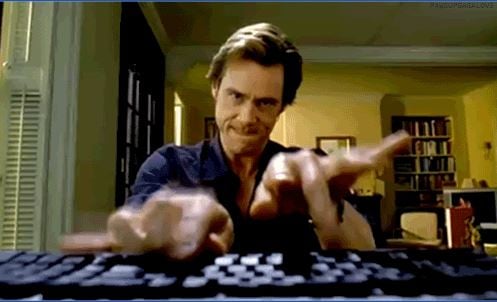 "I do not believe I should let that pass without comment", said Her Honour Judge Melissa Clarke in her ruling. "I do not consider that there are any circumstances in which one solicitor in the course of his professional duties should accuse another in writing of making imbecilic requests".

"That language is far removed from the professional courtesy which solicitors are expected to show each other and those they deal with", she added.

The letter was reputed to have been drafted by a trainee. "The fact that it was sent in this form suggests a failure by the supervising solicitor properly to supervise", said the judge.

When Bandsmiths' steaming trainee did honour the disclosure request, it was done with "a great deal of harrumphing", said the judge. They sent a letter which accused the claimant's solicitors of taking an "increasingly untenable" position which amounted to "a final 'roll of the dice'". "Your scattergun approach of throwing as much mud at our clients in a hope that something sticks", continued the letter, "is completely inappropriate".

The firm did not respond to to RollOnFriday's imbecilic request for comment.

Senior solicitors need to hammer this kind of thing home as not everyone new to the profession knows they need to be careful about the language used.

Ok it's clearly not on, but there's no other answer to the poll other than "let 'em 'ave it"!

Brandsmiths were for the slightly weird energy drink company.

Their comment is amazing after the judgment: "We are disappointed with the judgment & the findings of the judge which run counter to our submissions".

Yep, that's what happens when you lose...

This happens a lot in litigation

As a trainee I once saw colleague draft a reply which criticised his opponent's case as being dead as Monty Python's parrot". The young secretary had to ask him what his dictation was meant to be saying, as she'd never heard of Monty Python, and the whole phrase was reworded prior to sending. Alas.

Looks like Sam Flack is copping a lot of flak.

It does.  I was once told that if my client issued proceedings, they would be "vigourously defended" (as though I am supposed to be intimidated by vigour), "at the very least".  I asked if they could specify what they intended to do and to whom, over and above mounting a vigourous defence.  Answer came there none.  Proceedings were issued.  The defendant's solicitors' conduct thereafter was typified by tetchiness, ill temper and rudeness, but nothing that could be described as vigour.

I remember over 20 years ago being a trainee in lit and my supervisor used the phrase "frankly preposterous" in a letter to the other side describing one of their arguments.  It wasn't.

Not confined to lit though.  Another supervisor (cap mkts) was sent an offering circular by another MC firm asking for any comments.  He wrote "CRAP" on the front page and sent it back.

At about 4 years PQE I was running the financing side of an M&A transaction and a US lawyer (big firm trying to intimidate) rang me and was swearing and shouting at me down the phone.  I had to speak to him in a calm, deliberate, slow and eminently reasonable voice like a teacher being firm with a naughty child and tell him his tone was not constructive and that he would need to calm down and modify it so that we could have a productive discussion or I would have to end the call until he felt able to conduct himself in a more professional manner.

Also aware of a female partner who once screamed "where are the fvcking documents, you fvcking fvcker?" down the phone.

Yes it does happen a lot.

But most times it never gets escalated or brought before the Court.

email doesn’t help because you can simply fire off a response in the heat of the moment.  At least a dictated letter gives you time to reflect.

"Where are the fvcking documents, you fvcking fvcker?" - love it. I might use that on my head of department when enquiring where my partnership agreement is.

I prefer the slap in the face to Norton Rose Fulbright delivered by Mr Justice Pepperall earlier this year (at 18-19):

I was always told that before sending an irate letter I should ask myself how I would feel if it came to be read by a High Court judge. It's not a bad benchmark. And anyway the use of such words as imbecilic tend to suggest that there is a lack of merit in one's opponent's case, and that he knows it, which I would always find encouraging. Put another way he knows he is probably going to have to compromise so no High Court judge is likely to see it.

Personally I much prefer case specific mild sarcasm such as that contained in a letter of 1980 to my late senior partner, J I Williams of Oswestry, as good a solicitor as one is ever likely to come across, "Is there any prospect of the administration of this estate being completed before the end of this century?" 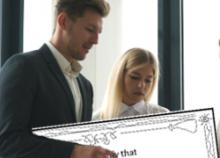 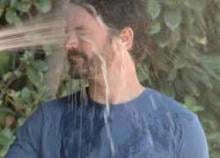 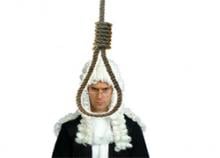