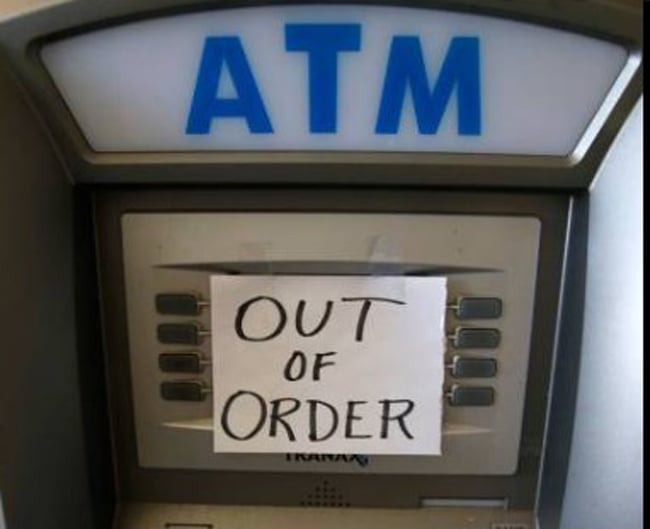 How the court deemed Schools to have acted, in a language he understands

A solicitor, who named his firm after a cash machine, has been jailed for 14 years for dishonestly siphoning off £20m of investors' cash.

Timothy Schools founded the Cayman-based Axiom Legal Financing Fund, and persuaded more than 500 backers to supposedly fund UK law firms pursuing no win, no fee claims. Axiom told investors that the money would be forwarded to an independent panel of firms, which would pay back the money with 15% interest.

“Over £100 million was invested by individuals," Prosecutor Miranda Moore QC told the Southwark Crown Court. "People were investing their savings, their pension pot. But Schools only loaned money to a very limited number of firms”.

Moore QC told the court that from 2008 to 2011 none of the loans went to any genuine independent law firm.

Instead, Axiom provided funds to Schools' own law firm - ATM Solicitors, so-named as Schools described it as his "personal cash machine".

Schools was "making money over fist" to fund a life of luxury, the court was told. The dodgy solicitor creamed off £19.5m from the fund, using the cash to buy a £5m estate in Cumbria, a ski hotel in France, luxury cars and a box at Blackpool FC, which he claimed was used for corporate hospitality.

The Axiom fund collapsed in 2012, and the Solicitors Disciplinary Tribunal struck Schools off the roll in 2014.

Schools' barrister, George Carter-Stephenson QC, argued to the court that Axiom "was not a dishonest scheme", and that those who backed it were "sophisticated investors."

But Judge Martin Beddoe said Schools was guilty of an "egregious and persistent crime involving huge sums of money" and deemed that the Axiom scheme was fraudulent "more or less from the start."

The judge lambasted Schools, saying he was an "utterly dishonest man", it was reported. "I have no doubt, I'm afraid, that you always saw this as a 'get rich quick' scheme," said the judge, adding, "I reject the idea that you simply set up the scheme for the benefit of others."

The court convicted Schools of three counts of fraudulent trading, one charge of fraud and a charge of transferring criminal property, and sentenced him to 14 years in jail.

Lisa Osofsky, director of The Serious Fraud Office said: "Mr Schools deliberately abused his position of trust to enrich himself. Through a complex web of lies, he attempted to hide his fraudulent activity while spending other people’s hard earned money".

One imagines that despite having utmost faith in his client's innocence, Mr Carter-Stephenson QC was somewhat insistant on payment up front.

Or is he now the proud owner of a ski hotel in France?

One has to wonder how long the stretch will be for Sunak et al for their frittering away of £10 odd billion on companies seemingly run by donors or family friends, which had no track record in making (and hence ended up providing useless) PPE?

well done to the sfo on their first victory

one of the three charged was convicted, one other NG all round, and the third was a hung jury. hardly a resounding success for the SFO ….

I seem to recall RoF writing about one of the northern law firms that went bust as a result of the fraud, but not looking at the wider scheme.

So many greedy people believe that an investment can guarantee a fixed return. Ever hear the phrase “If it's too good to be true, it probably is”? By definition this phrase is used to describe situations which are so good that it is barely believable that such a situation is possible or even likely.

Is there any risk of an appeal?

I can only aspire to the quality of insight at 12.59

Not sure if any link to https://www.legalfutures.co.uk/latest-news/sdt-millions-of-pounds-not-repaid-as-barnett-tried-to-keep-firm-afloat

Just checking that they were onto this asap and threw the book at the scheme ... or better to go after trainees in high street firms? 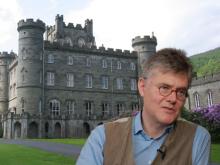 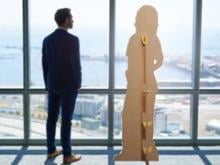 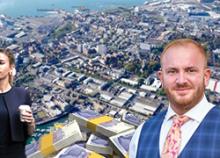