Police handcuffed and detained a shirtless, sweary judge after he shoved an officer, following a neighbour dispute.

An officer handcuffed Mrs Grisanti when she refused to stop screaming. Judge Grisanti then headed over and shoved the cop. Another judge intervened in the scuffle, telling Grisanti, "you're not going to fight a cop."

The judge berated the officer who cuffed his wife offering him some "constructive criticism." He also name-dropped, saying he was "good friends" with the mayor, and referred to his "cousin" Deputy Police Commissioner Joseph Gramaglia, and also mentioned that his daughter and son-in-law were police officers.

Having heard enough, another officer stepped in and cuffed Grisanti saying "you want to drop another copper's name? You want to scream about how you know Gramaglia or the mayor? You want to make us look dirty, is that what you want to do?"

The frustrated officer called the judge an "old geezer" and said, "you're dropping everybody's name with a badge and you're expecting special treatment. How does that look like to everybody in this environment?". Judge Grisanti suddenly appeared contrite and agreed: "It doesn't look good. You're right."

Further footage showed the judge, with his hands cuffed in the back of a police vehicle, speaking to a detective (reportedly Grisanti's cousin) on speakerphone.

"The thing that freaks me out is that everything you do is going to be scrutinised because of your job," said the detective. "If you get arrested, that's going to be all over...you know it's going to be on the news". The judge said, "yeah, I understand that."

Judge Grisanti and his wife were detained but it has been reported that they were not charged.

Footage of the sweary, shirtless judge can be seen here.

Is it just me, or do a lot of american judges look very young?

But this guy looks younger than some trainees I know.

I'm trying to imagine Lord Denning doing this.  It's tricky.

Wot a bunch of Karen’s!

Wot a bunch of Karen’s!

This probably further explains why so many litigants want their cases determined in London.

Can this judge ever be taken seriously again? 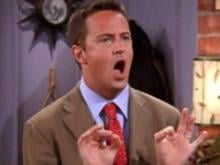 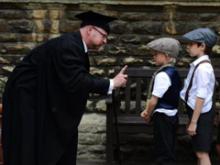