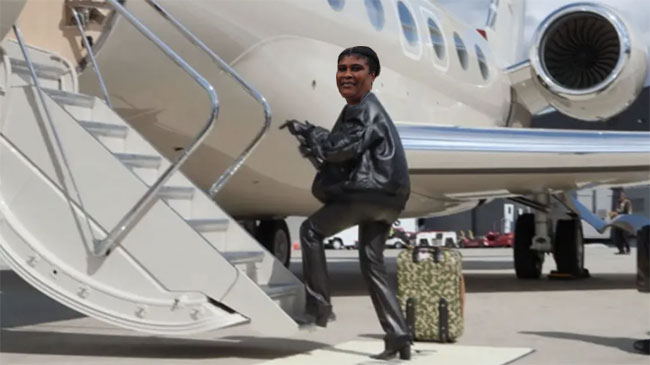 Why was she even punished? It's the only way to travel.

A legal secretary has been banned from the profession for using Skadden's corporate account to fly around the world with her friends and family.

Amoy Clarke joined Skadden's London office in 2001, but she was fired in 2019 when the firm discovered she had enjoyed a very good time on the company's dime.

For three years from late 2015 until she was sacked, Clarke misused two of the US firm’s air miles accounts to book flights and redeem hotel vouchers for herself, her friends and family "without authority or consent from the firm". In total she had booked 80 flights on 55 separate occasions.

In an outcome reached by SRA decision, Clarke was found to have been dishonest and ordered to pay the SRA's £600 costs.

The regulator ruled that "it is undesirable for her to be involved in a legal practice", even though she made Skadden 55 times more jetset. Because Clarke is not a solicitor, the order was framed as a prohibition against solicitors or their staff employing her.

Clarke has already moved on and is now working at a prestigious girls' school. Its profile of the soaraway secretary says she "played at a high level", albeit in reference to netball rather than her jaunts at 36,000ft.

Skadden did not respond to a request for comment.

Unilaterally upgrading the employee perk package has tripped up several people in the legal sector. The legendary Linda Box nicked £4m from clients to fund an obsession with new clothes. She also bought her son an £800,000 vintage wine collection and splashed £236k on publicity for her husband's funeral parlour.

Former Hogan Lovells partner Christopher Grierson was jailed for three years in 2012 after he pleaded guilty to stealing £1.3 million from his firm in a four year travel expenses scam, most of which went on his mistress.

And last year a Clyde & Co accountant was banned for stealing £400k from the firm. It's not just Brits: in the US there are many entrepreneurial go-getters.

The head of our global finance team has an affair with the PA who is in her late 20s. Took her out to Michelin-starred eateries and “business trip” to New York, Monaco and Dubai on the firm’s BD budget. Much to our amusement the PA enjoys showing off about it when she’s had a few cocktails and the partner hasn’t gotten into trouble at all.

The former RMP of our global firm in Asia used to fly his mistress from the firm’s associated firm in Jakarta to stay in the finest hotel in Singapore. All on the firm’s account. They would then set up some fake brief “business meeting” so it could all be expensed. The same guy was a big Welsh ruby fan. Whenever Wales played, he ALWAYS had a strategy meeting with someone in London he had to fly to attend (business class, of course).

HimToo,  he even managed to wangle trips to Wales away fixtures too by faking “client marketing visits” to those places Wales were playing, which just happened to be the day before match day. The firm knew what was going on because people complained to management centrally, but he was one of the gang and they were all mates, so it was ignored. But if anyone else booked the wrong class of flight for a genuine business trip or took a day flight instead of night flight, the firm went beserk.

Haha, HimToo, I know to whom you refer. The running joke in the office was if you wanted to know where Wales were playing, right up to the tournament finals, you just had to check his “business schedule” with his secretary. If Wales got knocked out in earlier rounds (not uncommon, lets face it my Welsh friends), he would then cancel/postpone his later “business trips”. It was so blatant and obvious and something only the boss could do. The management gang would then lecture the rest of us about ethics  etc.

Sounds like we've worked in the same firm. What a pit, thank god I'm outta there.

Spill the beans, which firm is this?

It's sad that there are partners at law firms doing way worse than this, but having their identity protected, but a legal secretary, who earns no way near what some of these partners do at the same firms and elsewhere, gets named and shamed. Poor form.

This is what happens when you allow your air miles to be managed (no, not the secretary) by someone who is not financially trained or qualified.

You have to ask yourself also why this gets reported to the SRA, but not the police.

From 2015 to late 2019… 55 occasions of booking flights. 11 flights a year.. a flight a month? Did no one realise how often she was on extended leave either?

Why don't ROF, Bloomberg Law et. al., do any expose on big law in Asia? It is still the wild west (albeit in the east). While partners in orthodox markets are doing and saying all the right things in line with modern social mores and that thing called the 'law,' Asia-based partners are still card-carrying members of girly bars and strip joints, still harrassing women, still getting away with filthy behavior and unlawful workplace practices. Lawless. The #metoo memo (along with many other like memos) was lost in translation when it was sent from London/New York law firms to their Asian outposts. What could put a big dent in a big law firm's profit and reputation? Look no further than its offices in Singapore, Hong Kong, Tokyo.

I agree with that Big Lawless. I remember that esteemed London based law firm where Asian management were caught red handed by a partner in Asia doctoring performance records and planting fake anonymous feedback not so long back. London management of course stood shoulder to  shoulder with their partners in Asia in the very clumsy cover up that followed but I don’t think the underlying behaviour would have happened there. 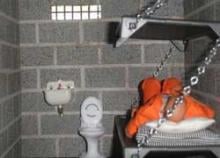