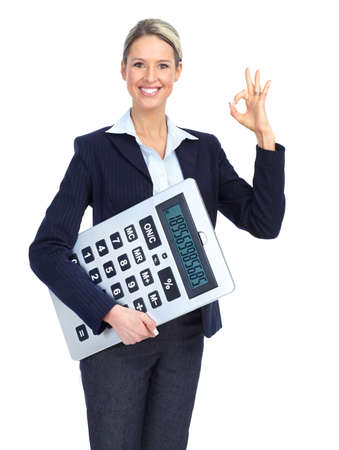 A Clyde & Co accountant who was jailed for stealing £400,000 from the firm has been prohibited from working in the legal profession.

Victoria Lucy Brown worked in Clyde & Co's accounts department from August 2008 until her resignation in September 2017. During her time at the firm, Brown made fraudulent payments to herself by disguising payments to suppliers and staff and editing legitimate emails as supporting documentation.

Clydes only spotted the dodgy payments after Brown left. The firm launched a forensic investigation in 2018 revealing that its light-fingered accountant had made 134 dodgy payments totalling around £400k, between 2011 and September 2017.

Brown pleaded guilty to fraud by false representation in Guildford Crown Court. The judge said that the accountant had abused her position of trust and acted in a sophisticated way to cover up the deception over a six year period. The judge also noted that Brown had shown genuine remorse, was of good character and had entered a guilty plea. Brown received a reduced sentence of three and a half years in prison.

The SDT has now ruled that it would be "undesirable" for Brown to work in a legal practice. Under its decision (a section 43 order) a firm could apply to the regulator for permission to employ her, if various conditions are met. Brown said that she did not object to the order as she said she did not intend to work in the law again.

The tribunal ordered that Brown pay £3,200 in costs, but said it would not be "proportionate" to fine her as there had been "no detriment to the clients of the firm". Brown had said that she is likely to end up bankrupt due to a confiscation order by the Crown Prosecution Service and a civil action against her by Clyde & Co.

"We are aware of the SDT judgment relating to a former employee of the firm who has been convicted of theft," said a Clyde & Co spokesman. "This follows a complaint we made to the police in 2018 following an internal investigation where we identified an historical case of fraud against the firm, which led to Ms Brown being convicted in Guildford Crown Court and serving a custodial sentence."

The spokesman added, "It was an internal issue and no client funds were affected. Following this incident we have reviewed our internal processes and we are confident that we have the right measures in place."

In 2019 Clyde & Co suspended a partner and an associate over money trouble. Earlier this year, it was revealed that HFW in Australia was fleeced for millions of dollars by a member of their accounts team.

If anything it should be Chris Whitty jailed for 3.5 years.

That will be the same Clyde & Co that was fine £50k for money laundering breaches in 2017 and served with a warrant last year for holding $330m of the alleged 1MDB embezzled funds.

A 6 year fraud involving £400k of expenses and not one of them was disbursements? Really? And she was of "good character"? Double really??

Still, Vinay Vineik's back at his alma mater, Penningtons, so there's a glimmer of hope for all people struck off to redeem themselves and come back to the profession.

Why is it always Clydes ???

Is this firm just unlucky?

I'd love a job in their accounting department. My credit card bills are staggering. (My wife has a penchant for fine wine and even finer cheese.)

Does Clydes not audit its accounts for this type of thing?  If it was picked up years later it could have been picked up at the time of whilst was going on.

She was in a position to cover up the fraud by probably fooling the Auditors with bogus explanations for dodgy expenditure.

How can a person who committed 134 dishonesty offences over 6 year period, involving a very large amount of money, be of "good character"?

EXCLUSIVE Clyde & Co in outstanding typo of the week