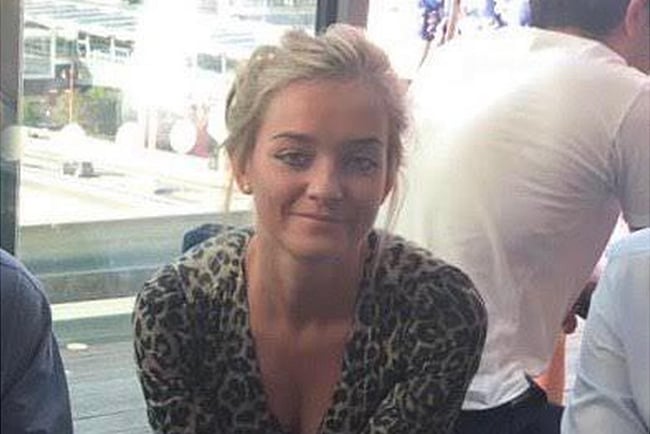 A solicitor has called on the government to promote greater public awareness around the exemptions for masks.

Georgina Fallows has had difficulty with face coverings since she was raped in 2018 when she was walking home late at night.

"My rapist used his hand to stop me from screaming and I now find it incredibly difficult to wear any kind of face covering because, unsurprisingly, I cannot bear to have my mouth covered", Fallows told RollOnFriday.

If she does, she experiences flashbacks akin to hallucinations. "They are so real as to effectively plunge me back into the worst of the experience. I am not here, I am there and he is raping me and I am dying", she said.

The flashbacks can be so severe that police officers and paramedics have had to hold her down, sedate her and take her to hospital.

But widespread ignorance of how 'invisible disabilities' make wearing a mask an "insurmountable challenge" for some people has meant that Fallows has experienced abuse.

"I was screamed at in a hairdressers by a customer who accused me of killing her father for not wearing a mask", said Fallows, who had rung ahead to confirm she could visit without a face covering. It occurred a few days after measures were announced, "so came as a rather brutal shock".

Now she is wary of entering places where face coverings are required, and has not been in a shop or on the Tube since late July.

"I don’t walk around with a sign which signals mental illness, so some members of the public feel it is acceptable to press the issue. This constant reminder of my circumstances, i.e. my rape, I find a daily torment".

While a note can be printed off the government website, Fallows said the pass was not widely-recognised or always accepted as genuine, and could be taken advantage of by those without a genuine need.

In her letter, which was co-signed by MP Bambos Charalambous and by charities including Mind, Mencap, Sense and Disability Rights UK, Fallows asked the government to promote the Hidden Disabilities charity's Face Covering Exemption Card, and to launch an awareness campaign to publicise the exemptions. 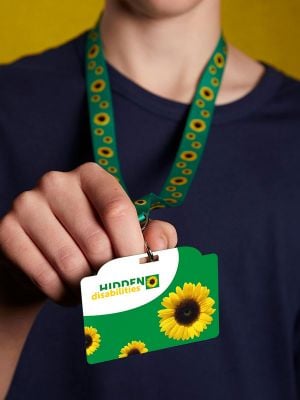 Asked why she waived her anonymity, Fallows, who lives and works in London, told RollOnFriday it had been a "slow burn". She became increasingly anxious over the summer as masks became mandatory in more and more places, particularly as she was a non-driver who relied on public transport. Then her local councillor, her MP and Sadiq Khan all ignored her letters, so she decided she had to go public.

It was "not easy", said Fallows, partly because she started working in January at a new firm, Rosenblatt, where colleagues were unaware she had been raped, as were many of her friends and family.

She said she was "very lucky" that Rosenblatt had been "incredibly supportive of my condition and desire to speak publicly on this issue".

"But it was not an easy decision - once it is on the internet it follows you the rest of your life and that is something that’s needs to be weighed up - I want to be known for my achievements, not because of the actions of a monster", she said.

Vicki Nash, Head of Policy and Campaigns at Mind, said, “We are so grateful to Georgina for bravely and honestly talking about her own, extremely traumatic, experience of being raped in order to raise awareness of the many different reasons some people might not be able to wear face coverings”.

”Georgina’s support has been vital in helping us call on the UK Government to promote a Face Covering Exemption Card", said Nash, "as well as urging them to raise awareness among the public about the many different reasons people can be exempt from wearing a face covering, including being disabled.”

Brave woman. We all need to exercise restraint - particularly at the moment - and have a bit of consideration that other people feel the pressure too.

F**k. This is some next-level courage.  Also made me re-think my glare-y ways when I see someone in t'supermarket with no mask.

I am so sorry that this young lady has felt no option but to make an incredibly private trauma public. Be kind everyone! Massive respect Georgina.

Well done her for putting herself on the line to shine light on this. Authenticated lanyards would be a good idea, so we can identify who has a hidden disability and who is a raging weapon.

I don't know the ins and outs of face coverings regarding the law or protection levels. However,  I don't like it when a person is next to me in public without a face mask.  I am happy if they have a face mask or a visor.  The visor may not give them as much protection as a mask but its better than nothing for both parties.  If you cant wear a visor for mental health or other medical reasons then a card would be good.

Would a card provide much protection for you or them?

I've only ever glared at/chastised the fcuktards who wear masks round their chins, or who take them off as soon as they get on the train so they can chat loudly to their mates. One delightful woman spent 20 minutes shouting maskless (mask round chin) into her phone complaining that her grandmother's care home wouldn't let her visit - just as bloody well they wouldn't!

Where's her visor then.

Brave woman.  I think a lanyard should be warn and accepted by others. Of course there will be minor misuse of this but the majority will be those who cannot wear a mask.

I am anti mask although I wear one when food shopping.  I believe I might well be exempt but dare not face the anger of others even though I have an exemption lanyard in my handbag.

Great shame that the people of this country have allowed themselves to descend in to accepting a police state run by socialists. The result - people like Georgina who have suffered the worst of experiences are made to feel like a leper from the dark days. Are we to start ringing a bell as we wander through the streets warning those that feel the need to scowl and holler that we have valid reasons for not masking up. History will judge us harshly.

I really feel for her.

The issue is that there are so so many people who abuse the system and say they have a disability to try to avoid wearing a mask. Those idiots really need to consider their effects on people like her.

@In the morning; actually that's a really good idea.

For people who are unable to wear a mask for reasons of health, or any other legitimate factor, putting a bell around their neck would be a really good solution to help keep everyone safe. Other people would be able to hear them coming and distance appropriately, plus there would be no chance of the affected individual sneaking up on anyone and 'accidentally' ending up inside their one-meter zone of personal space without mask on. Everyone would hear them coming and they could be appropriately warned off before it happened.

Better still, the solution would leave no room for doubt about whether the person had an exemption or not. You wouldn't confuse them (and their constant clanging dirge) with a random selfish pillock who simply couldn't be bothered to put a mask on. Those people could still be punished appropriately by their peers.

So I'm all for it, genuinely good idea for the next set of Govt guidelines. Mandatory neck-bells for mask refusers. Bet that the Europeans are light years ahead of us and are already doing it.

Anonymous 10:49  Your comment is not helpful or funny.  I can only assume that you have never spoken to a rape victim about their experiences.

is clearly making a joke. And it is actually quite funny.

Yes some people may have a genuine need for an exemption. But you know what happens, soon everyone has PTSD because Watirose ran out of milk and they need an exemption as well.

It was funny. I doubt it was intended to be helpful.

Are you saying that it's not possible to have PTSD because Watirose ran out of milk?

Interestingly, @10:49 is right about that idea being trialled in Europe ahead of the UK.

Several German Länder are already trialling the use of bells, chimes and other similar sonorous instruments as a way of helping citizens (particularly the partially-sighted) to be aware of, and to avoid the approach of, individuals who have either been in recent contact with a Coronavirus infected individual, or those who are awaiting a pending test result to find out if they themselves are infected (confirmed infections are quarantined and don't go outside, obviously).

It's a typically European collaborative approach to public health, in which members of the community willingly wear neck-bells in order to safeguard their more vulnerable neighbours. There's none of the individual selfishness that is endemic in anglo systems, and people there don't value their individual convenience higher than the health of their fellow citizens.

Assuming that the data from those studies is positive and German infection rates stay at low levels, I find it hard to see how anyone could reasonably object to a similar program of mandatory neck-bell wearing here. It's such a minor thing for the wearer, and it is literally saving lives.

I sympathise. I had (untested) Covid in March and my lung capacity is substantially reduced. I used to walk everywhere and now I can’t walk far at all. I can’t get round a supermarket with a mask on without getting seriously short of breath. So I stick my finger up the mask to enable me to breathe as I go round. Which probably entirely defeats the object of it, but it saves the hassle of being abused for not wearing one. 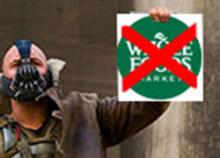