Slater and Gordon has made 30 staff redundant, and closed its Claims Direct brand.

The PI giant is shuttering Overland Health, a sister company based in Malta that has formed part of the Slater and Gordon group for nearly six years.

Staff were informed this week that the firm has decided to make them all redundant after finding a “more profitable arrangement with a different rehabilitation provider”, said a source.

“To make matters worse, nobody from Group level even had the courage to face us and give us the news themselves”, said an employee. “We were told by our general manager, who himself is now out of employment, over a video conference call”.

A source said it wasn't a huge surprise as the firm treated them as an afterthought “since pretty much day 1 due to being located in Malta”.

“30+ loyal employees who have put up with Group's politics, neglect, and disrespect, some who have worked for Overland for over 10 years, will now find themselves unemployed in a world which is on the verge of a global recession. All because some fat cats at Group found a way to add a few extra £££s to their bank accounts”, they added. 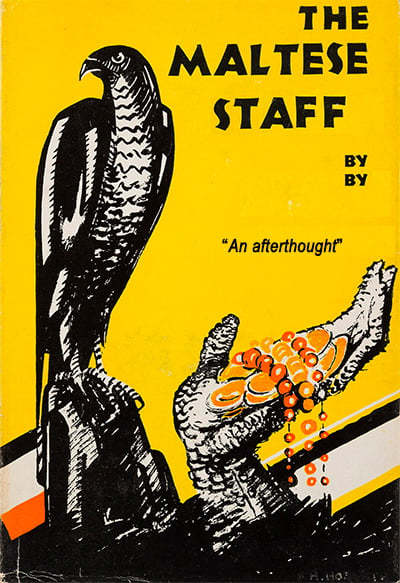 Slater and Gordon has also shut down its Claims Direct site and brand, but a spokesperson said the closure had not resulted in job losses.

“Sometimes we have invested in the brand, sometimes we haven’t. At the moment the website just redirects to the main SG page but there is nothing to stop us reviving the brand at any point”, said the spokesperson.

Hopefully it has nothing to do with RollOnFriday pointing out in October that Claims Direct’s site read like a weird guide book characterising UK cities as death traps.

Slater and Gordon has responded to the pandemic by pivoting towards permanent home working, and is expected to make a number of office closures intended to save it a fortune in rent.

The firm did not respond to a request for comment on the Maltese cuts, but insight and inspiration for those being terminated can be found here.

Surely now is the time for the golden turd winners to bring it all together into one huge big steamer?

Having worked at S&G I’m not surprised by this move. One in 21 is the mantra ! One what Mr Whitmore?

If that daytime tv advert with the baby with the hideous moving adult mouth in the buggy is a firm connected to Slaters that shows how bad the budget is at this firm.

This firm does not seem to go more than a couple of months without redundancies being reported.

S&G have furloughed a number of staff. Are these the next to face redundancy? Experienced employees of S&G take what the management say with a very large pinch of salt.

They are getting ready to sell the firm to Irwin Mitchell or some other equally gullible firm.  It’s owned by a hedge fund looking for a quick profit, not a long term investment.  Office assistants nationwide will be the next to go.

Going On Redundancy Dawns Over November

Just watch this. Do they really believe? One of them is just sickening in her vision and false hope. Ex SGS mafia which makes it all the harder to watch. Their hidden debts plus Grech and his cronies are the reason for the entire shambles.

When this madness inevitably comes to a messy end you have to feel for the hundreds of staff who will be fighting over the few jobs that are out there. I imagine those that remain are already looking for a way out but job opportunities are hardly rife at the moment...

Don’t worry guys, its ok not to know.

the S+G way this is our way ! this is the rubbish we get everyday from management all the time.

They can do what they like with Claims Direct, but if they ever come for the Summer Love Boat Party... well... you've been warned, S&G management.

“Right, people. Listen up! It’s a fucking lockdown right now! We are in a prison drama. This is the fucking Shawshank Redemption, right? But with more tunnelling through shit and no fucking redemption"

@ 14.37 I hear the love boat speed dating party is now being jointly hosted by DWF and DAC, as two former employees have experience of the #SGway

Keeping up with the previous management well done!

What a shit show!

Personal injury claims factories are on the way out. The claims are mostly processed by non-lawyers and pretty soon won't even be processed by human beings.

There are no human tragedies that they won't monetise in some way. Commercial Union used to say "we won't make a drama out of a crisis". PI firms say "we will make hyperbole and drama (and money) out of a tragedy."

I tried to develop a commercial real estate practice in one of them, but the claimant PI dark side is strong and kept pulling them back from the light.

Good luck to the staff at S&G we must be days away from another announcement.

Or we could have a hunger games fight-out between their managing partners with a winner-takes-all-the-golden-turds. I'm relaxed either way.

Some staff complained that the firm was still "run out of Liverpool by the Quindell mafia".

SGS Mafia same sinister lot under a different name. These are not even the problem anymore. Poor sods in the same boat as everybody. Can crawl back to their call centres on the outskirts of Chelmsford and other dreary satellite towns.

I’ve secured a 30 second slot on the BBC, free advertising for us. How big is my bonus before the whole lot goes to shit? 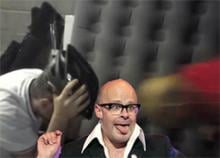