Skip to main content
Lovely city, says Slater and Gordon - but it's going to kill you

Slater and Gordon's website for its Claims Direct business contains a startling rope-a-dope.

Paragraph one fools you with a kiss by praising your city. Paragraph two, though, slaps you with the truth. 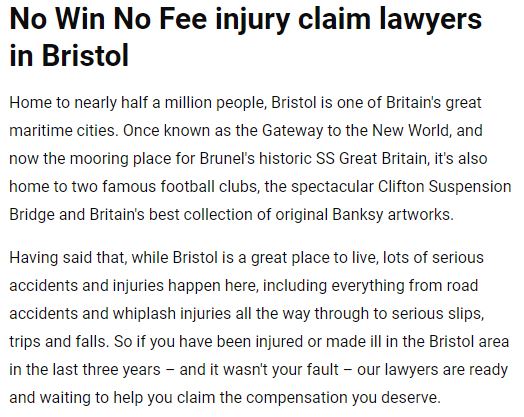 That's right - you're strolling around a death trap. 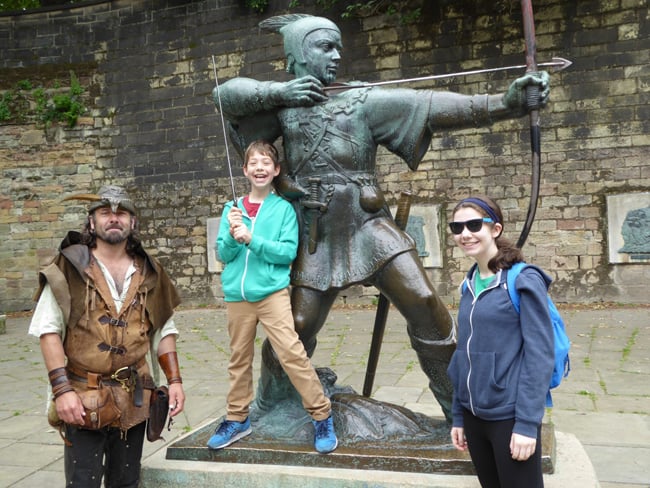 Every day, dozens of people enjoy living in Nottingham. 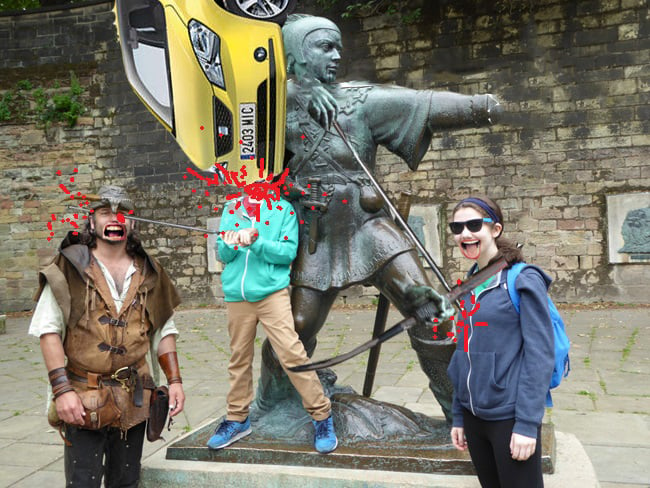 But do they know how dangerous it really is?

Almost as jarring as the whiplash-inducing revelation that your wonderful city is trying to murder you are Slaters' cack-handed attempts to make itself look like a fan of Birmingham, Nottingham, Bristol, Manchester and the nine other cities it spotlights for some home truths. Presumably the firm does actually employ people from those places, but you wouldn't know it from the anodyne profiles on Claims Direct. Intended to ingratiate the brand with residents, it reads like a Visit Britain pamphlet with a dark twist.

Aim: demonstrate to the city's injured inhabitants that Slater and Gordon is local, because it possesses inside knowledge, thereby eliciting warm feelings toward it.

Effect: makes firm look like a tourist boring his family.

"Home to two and a half million people, Manchester is one of the UK's greatest cities."
"Leeds is home to nearly 800,000 people, and has reinvented itself as the heart of the Northern Powerhouse."
"There's a lot going on in Sheffield. It's England's fourth biggest city, with a population of more than half a million people."

Aim: spark pride in limping citizens, who assign credit to Slater and Gordon as a result.

Effect: appears as a crude, numbers-driven justification for the firm's presence, based on a calculation of the percentage of the population who will fall over and blame someone.

Aim: praise of local teams wins the firm favour from their bruised fans.

Effect: Obviousness of the gambit repels all but the most concussed.

"the national Sea Life Centre and the popular Balti Triangle."
"In fact, the Royal Edinburgh Military Tattoo and the Edinburgh Fringe are among the world's most famous attractions"
"Three Graces and a Fab Four"
"renowned for giving the world bands like Oasis and the Stone Roses"
"World famous for its role in the legend of Robin Hood"
"once the wool capital of the world"
"the new King Richard III visitor centre, where the King's remains have been interred since 2015"

Aim: provoke fresh appreciation for the impaled reader's city which is reflected onto Slater and Gordon.

Effect: the segue into the revelation that their home town is actually a cesspit of broken pavements, crazed motorists and industrial disease is made brutally stark.

"Unfortunately, while Sheffield is a great place to live, it's also home to lots of avoidable injuries, from workplace accidents and asbestos illnesses to car accidents and slips, trips and falls."

"But while Newcastle and Gateshead are amazing places to live, these famous streets get to see their fair share of road accidents, as well as slips, trips and falls."

"Yet while Manchester is an amazing place to live, accidents happen here just as often as they do anywhere else."

It's a major downer, but thanks must be given to Slater and Gordon for the chilling reminder that sunlight sparkling on a river is just the silver lining of a watery grave, laughter on a Ferris wheel presages the screams of the falling and mangled, and every step on a beautiful day is more likely than the last to result in a life-changing injury deserving of compensation on a no win no fee basis.

Tip of the hat to 'Marsha Mellows' from Bristol, which is one of Britain's great maritime cities, for the link. If you've been harmed by a firm's marketing, write in.

Slater and Gordon seem to be having a good week.

Looks like Dane Stanley has returned from disciplinary leave and is straight back on the marketing grind.

nobody cares the SRA the the Law Society...... the business seems ?