The London office of French firm Gide Loyrette Nouel has scored a woeful 0% for its retention rate. Again.

The firm will not be taking on its sole trainee on qualification this spring. It means that over the last three years the firm has returned a dire retention rate overall of 25% (just two out of eight trainees retained). C'est pas bon. 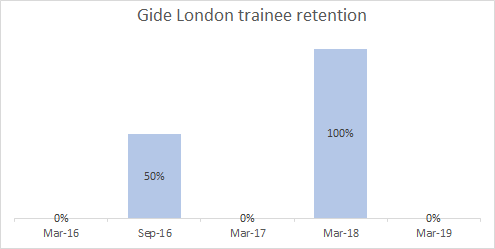 A source told RollOnFriday that the sole trainee who was taken on in March 2018 "left for Morgan Lewis less than six months later". Which means that only one out of eight trainees from the last five intakes remains at the firm. 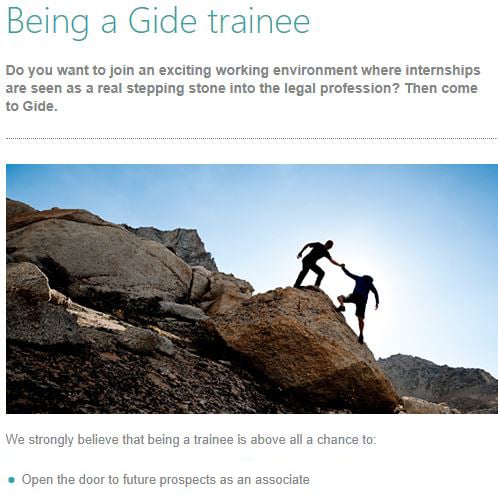 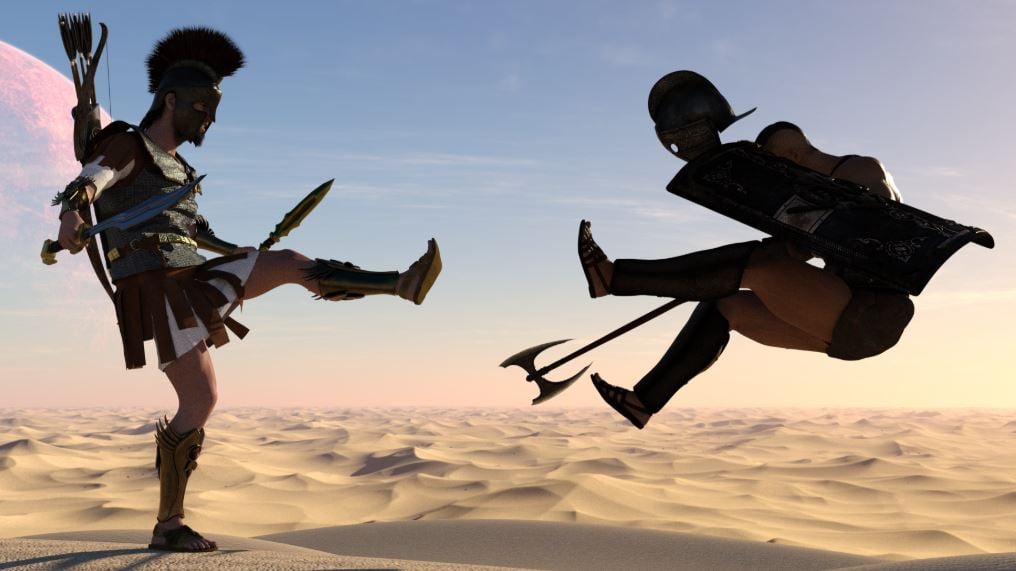 In rather better retention news, Macfarlanes has announced a perfect spring retention score of 100%, with all six qualifying trainees being kept on. 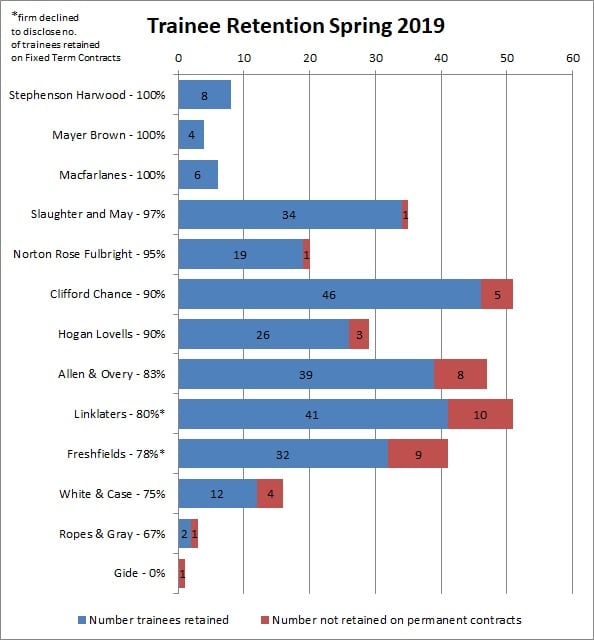 This seems a bit unfair. They have one trainee who has chosen not to stay, and they're being lambasted for it. If that trainee had been retained, you'd be writing an article about their phenomenal 100% retention rate.

Well, if you only have one trainee it's either going to be 0% retention or 100% retention, so the use of percentages is really not very insightful in this scenario.

I think it is useful to see the pattern of what has happened over the last few years. The article rightly refers to only 25% being kept on (2 out of 8 trainees) That is pretty merde.

Agree. Just two trainees being kept on out of eight, over that period, is absolutely awful. Shocking. I wouldn't feel comfortable if I was training there at the moment.

It is unfair to employ the same metrics of structured UK law firms when making conjectures about trainee retention at a firm like Gide, which, despite being a top player in its home country, has a small trainee intake in London.

Trainee retention of 0% and 100% are all equally meaningless values when there may as well be a single trainee per intake and a wide spectrum of factors determining whether said trainee remains at the firm or not.

In any event, it is clear that work quality and training regime appear to be of good standard as their NQs have been able to jump ship to very reputable and established law firms in the City.

A lot of very frustrated individuals in this comment section. Gide is a titan among its French peers, montrer du respect!