Skip to main content
EXCLUSIVE Fladgate sued for over £10 million 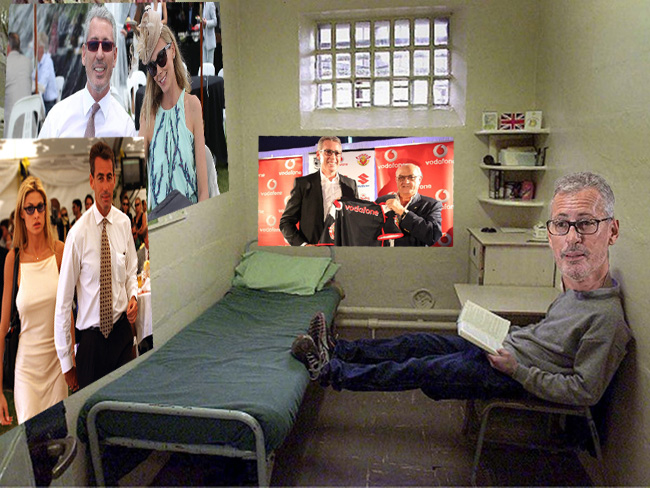 What tends to happen when you take on Sir Owen.

Fladgate is being sued for over £10 million for allegedly facilitating the "fraudulent misrepresentations" of a flamboyant New Zealand businessman.

The firm told RollOnFriday it denied the allegations.

High-flying Eric Watson, who has been described as the Gordon Gekko of New Zealand, ended up in Pentonville prison for contempt of court after he was successfully sued for tens of millions by fellow Kiwi magnate Sir Owen Glenn in 2018.

The pair had initially bonded over their mutual love of rugby, and even bought a New Zealand team, the Warriors, together.

When Glenn sold his logistics empire for around $350m in 2012, Watson persuaded him to plough £129 million into a joint venture called Project Spartan, on which Fladgate acted, which was intended to accrue a property portfolio.

But the relationship soured when Glenn fell out with his righthand man, David Miller, and another adviser, Peter Dickson, after he discovered they had been paying themselves exorbitant fees for managing his trusts.

He decided they had sided with Watson to fool him into investing in Project Spartan and sued Watson, Spartan and others in the High Court in order to unwind his investment vehicle, Kea Investments, from the Spartan JV on the basis that he had been fraudulently induced into entering it.

It emerged during the hearing that, in cosying up with Glenn’s two advisors, Watson had promised Dickson he could secure Dickson's daughter a training contract, and that he had berated his team when their approaches to firms including Fladgate were rebuffed. (She became a lawyer at an offshore firm in Bermuda instead.)

Prior to the High Court verdict in 2018, a source close to Glenn said he was "very much committed to seeing Eric Watson buried and pulped".

“Owen and his advisors believe that they've minced him up and smeared him on the pavement", the source told New Zealand website Stuff, adding that Glenn was "hanging on for grim death to see Eric in a six foot hole before he is".

Midway through the hearing, Spartan and the other parties settled, leaving Watson as the sole defendant. In a comprehensive victory for Glenn, Lord Justice Nugee ruled that Watson’s Project Spartan was “thoroughly misleading and deceitful”, and ordered Watson to pay the outstanding £43 million.

Watson's appeal was dismissed and he found himself in court again in 2020 when Kea Investments accused him of being "deliberately reticent" about the location of his assets in order to frustrate Glenn's efforts to recover his compensation.

Lord Justice Nugee said submissions including evidence that Watson had transferred assets to his mother as a 'rainy day fund' "demonstrated how blatantly Mr Watson lied to the Court of Appeal", and sentenced him to four months in jail for contempt of court.

However, Glenn, who was diagnosed with cancer, said he would continue to pursue Watson "to the ends of the earth - if necessary taking action against his trusts and third parties holding assets on his behalf  - to ensure he pays every penny that is found due".

To that end, the 81-year-old is understood to have paid Farrer & Co over £20 million in fees to chase down Watson and his cash in jurisdictions around the globe.

Glenn's success heralded open season on Watson, and it was reported that late last year about a dozen companies linked to Watson entered liquidation, owing creditors more than NZ$200 million.

However, Glenn has now directed his ire at Fladgate for its work on Project Spartan.

In a claim form seen by RollOnFriday, Kea Investments has paid a £10,000 fee to the High Court in expectation of recovering in excess of £10m from the London firm, which specialises in wealth and tax structuring advice.

Kea Investments alleges that Fladgate, whose real estate finance partner Richard Reuben worked on the Spartan deal, provided "dishonest assistance" or alternatively was guilty of "deceit" and "unlawful conspiracy" in relation to the matter, for which the firm netted at least £80,000 in fees.

Fladgate told RollOnFriday, "We confirm that Fladgate LLP is the defendant to proceedings commenced by Kea Investments Limited. Kea is not a client or former client of Fladgate LLP. Fladgate LLP denies the allegations made against it, and regrets that they have been made. It is not appropriate for it to say more in the light of the ongoing proceedings".

Sir Owen's solid rep for not giving up, ever, whatever the cost, makes me suspect Fladders is going to settle. Prove me wrong Fladders!

I like the suggestion Eric plastered his cell with enormous posters of his hot exes, and also the man who put him there.

Good to see the last Count of Monte Cristo is not dead. 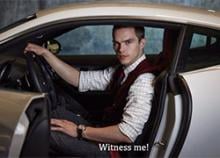