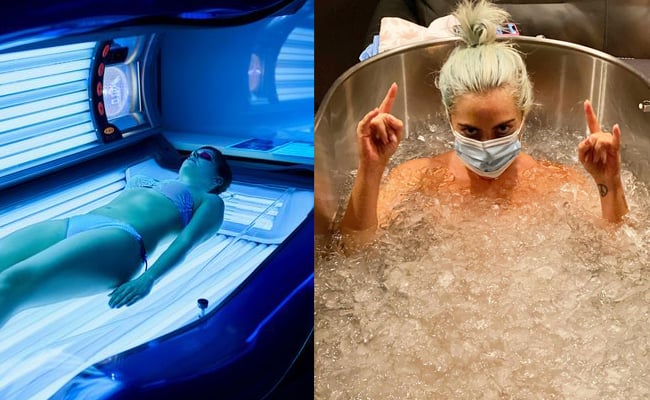 The firm usually reviews pay in the summer, but in an email revealed by RollOnFriday earlier this week, it told lawyers that "after careful consideration of the market and with economic conditions becoming more challenging" it had "decided not to increase associate spot salaries at this time".

The Magic Circle firm said it would keep the position "under review" (translation: if more City firms raise pay, it will have a rethink).

In the heat of the pay war last year, several City firms including A&O found themselves hiking NQ pay in June and then again in the autumn. In the second round of raises in November, Allen & Overy matched Linklaters after its Magic Circle competitor increased NQ pay to £107,500.

The move suggests the recruitment battle may be cooling down - or at least, that A&O hopes it is. It's certainly not an approach shared by all firms. Clifford Chance announced in May that its NQs were getting another pay rise, this time of 16% to £125,000, matching Freshfields, while Slaughter and May is also currently paying NQs more than A&O: £115,000, and they can bring in their mutts.

£107k is not chicken feed, but it's also over £50k shy of several US firms. They have far fewer lawyers to pay, but the NQs that are employed by the likes of Gibson Dunn, Goodwin, Davis Polk, and Fried Frank are all on at least £160,000.

Allen & Overy has also called off the pay review for senior associates. Associates at A&O are paid a fixed amount at each level, whereas senior associates are paid within a salary band - and those bands will also remain unchanged, the firm has told staff.

Still, they can always collect a bonus. They just have to achieve "95% personal busyness", up from the previous threshold of 90%. Woohoo!

A spokesperson told RollOnFriday, "After careful consideration and consultation we have decided not to increase the London NQ salary at this time. It was last increased in November 2021, to £107,500. This is a prudent decision based on a number of factors, including the more challenging business environment. We will keep the situation under review".

Thankfully, my firm raised salaries last week.  If not, I wouldn't have put it past them to rely on 'the A&O precedent' to hold them steady.

Surprised that A&O aren't going to match Freshfields or CC, let alone S&M. Frankly quite comedic that their justification to NOT raise salaries are the current market conditions, when in reality it should have been the reason to RAISE the salaries.

Private Equity money has run out and we are heading to a recession.

Bless them. Doing the right thing for the country.

Heh. Absolute jokers. The new managing partner is trying to turn them into a Poundshop Skadden and they haven’t got the chops for it and have wasted too much money on third-rate partners in the US.

The decision is detestable and makes the already toxic culture even more unbearable. Cost-cutting measures like outsourcing our useless IT and talent team offshore would be an important first step to keep remuneration competitive for fee earners.

Dump the associate lockstep completely and stop disclosing pay both internally and externally. The current approach is objectively insane.

They have plenty of money to pay all their lawyers in the US and US-qualified associates in London full Cravath rates. Absolutely don’t buy it.

Wait for the announcement next year that PPP went up.

If you want to keep sticky associates, you have to pay them perceived market rates for what they're doing. Otherwise, they're discontent, and others laterals elsewhere, replaced by new people who soon also become discontent and move on accordingly. Cycle of toxicity and bad culture.

Pay freezes are pay cuts in this climate of rising inflation

Links has also declined to increase alongside FF and CC.

just maybe - with markets as they are (has anyone looked at debt and equity indices recently?), better to be more secure with a slightly lower salary than face a cull at the first hint of a recession from a firm like CC that realizes it has massively increased its salary cost base just as the market falls away?

Wake up A&O and smell the inflation!!

Calling planet associates: it's not a pay freeze if you are still rolling through the bands.

This is the same firm where a partner was recently seen groping a subordinate in full view of Spitalfields Market? I guess this latest development shows that they just really like screwing their staff in public.

Plenty of focus on the salary freeze, understandably, but the real story here is one of the UK’s top firms calling an end to the bull market. Tough times ahead if they’re right…

Anyone who thinks that at 23-25 earning £107,500 plus bonus for one year (before another rise at 1PQE) isn’t enough money needs to visit the real world where most families are struggling to eat and pay bills.  The sense of detachment from reality and entitlement of some people in this profession, in this case at the junior end and from the people who at this stage know very little about very much at all in the legal world, still never fails to amaze me.

It's not a prison, people can leave if they think they can get a better offer.

How much of the legal profession (qualified solicitors) in the UK earns £100k plus? Less than 15%?

All these comments above the bull market coming to an end...

HSF HAVE JUST RAISED TO 120K. If the likes of Ashurst and Reed Smith/Mayer Brown follow, the whole idea of the MAgiC CirCle to graduates will be flipped on its head. Exciting times

The cull is coming - wait for the bleating when the blood starts to run from the US firms cutting heads  and fast. Just hope you did not spend all that moolah on something unsustainable like a big mortgage.  As to HSF: well they were always three months behind the curve.  If A&O is calling this, then I will hearken closely.

I’m mystified by the number of lawyers who still blindly believe that MC firms are the firms to be. Is it the prestige that has long disappeared since the emergence of elite US firms? My firm pays around £160k for NQ and last year I made over £300k as a 6PQE - surely more than a salaried partner at A&O.

An exodus is imminent, whether to a better paid MC/SC or US.

PE work is declining. Too much dry powder, not enough cheap debt. IPOs are toast for 12 months. M&A ok in some areas but overall on a downward trend.

The big firms shouldn't have allowed themselves to compete on price for NQs. Once again, skewing the market. £125k for an NQ? Behave.

@Don’t buy it 01 July 22 09:27 - Certain “US associates” in London could hardly speak English and only landed the role because of their NY bar qualifications. The US expansion was a joke overall: millions of pounds spent on a chock-full of halfwits who have literally little to no work. These fraudsters would probably leave after the guarantees run out.

Sitting ducks and our rivals will soon whisk away our teams. What a let down.

Well my firm has started seeing settlement agreements coming out of finance institutions.

So they think economies are going down...  Time to make sure you are known as someone who will always go the extra mile helping out

Blimey you City Sols are so self entitled and contemptible. You know so little about the market you operate in despite professing to be so clever. The race to raise NQ salaries was driven by egos between firms and was never sustainable unless firms can justify higher charges to clients / obtain better work. The race was bound to have an 'adverse' effect higher up the chain although I am at at.a loss to understand how you numpties justify your income? Someone please explain?

Interesting to learn that HSF have just announced they'll pay £120,000.  Bad luck.  You've just signalled that you aren't very smart.   Not only will in-house counsel not be amused, but it's a bad decision: there's a massive recession on the way and you've just increased your fixed costs.

Blimey you Equity Partners are so self entitled and contemptible. You know so little about the market you operate in. The race to raise PEP was driven by the ego of the Managing Partner and was never sustainable unless firms can justify higher charges to clients/obtain better work. The race was bound to have an adverse effect lower down the chain although I’m at a loss to understand how you numpties could justify your income? Someone please explain?

Thats how i justify my salary

Oh dear….seems like everyone is going to feel the pinch.  Better wrap up warm…the cost of heating is on the rise.  At least you can all cry in your cashmere jumpers. Ha ha ha

I am at CC PE and can confirm this is fake news. More like £200-230k if you’re awfully high performing.

The new MC should be: CC, Freshies, Slaughters, HSF and Hogan Lovells.

A&O should be treated as one of those third rate international firms like DLA, CMS, Norton Rose and the like.

" If A&O is calling this, then I will hearken closely."

This has far more to do with the idiotic US strategy, complacency about attrition & the need to modernise and lack of leadership than a reflection on the economy.  Not saying we aren't heading for a recession, but this has some very A&O specific elements to it.

The issue isn’t about cutting back office staff. Instead, fee earners who are ghastly, under-utilised and overall shite (like yourself) should be “restructured” and removed from the premises. Get a wriggle on and go to a west end firm b4 it’s too late x

DWF dragging its feet on pay rises. Other firms circling