Training to become a barrister at BPP is now £5,000 cheaper after its new Barrister Training Course (BTC) received unconditional authorisation from the regulator.

Legal education providers BPP, ULaw and ICCA have all unveiled shiny new barrister courses following the Bar Standards Board's edict that the old Bar Professional Training Courses (BPTC) were too expensive, inflexible and should be scrapped.

All the new courses are split into two parts. Unlike ULaw, BPP's will allow students to take Part 1 with no obligation to take Part 2. Instead of having to stump up £13,000 to find out if they enjoy what being a barrister entails, they will have to risk 'only' £5,075 (£4,575 outside London). If they like it, they can pay for Part 2, and if they can't afford it, they can press pause until they've saved up.

BPP has cast shade on the fact that ICCA's Part 1, which can also be split from Part 2, is entirely online and undertaken remotely. Mark Keith, the BTC's lead designer, noted that BPP's students "will receive advocacy training from the outset of the programme" and will "focus on learning by doing rather than watching from a distance". OooOoo.

The BTC is the only one of the new courses to be approved by the regulator and is now accepting applications for September 2020. ULaw's is "currently going through the due process of receiving approval”, said a spokesman, and ICCA's is still waiting for regulatory sign-off. At least its new lecture bunker, the swish-looking Ashworth Centre, has been finished after construction delays. 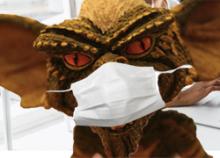