The logo of Streck Mack Schwedhelm, a 10 chopped in half, is the subject of an essay on the site. It begins, "Our logo can tell a story, so let’s listen to it together", and goes on for over a page like this:

"Our 10 is truncated and halved. Mockingly, this halving says to us: That is history; today, the tithe is no more than  a historical dream, just a joke in terms of present-day taxation. And what has it been replaced with? The halving! Yes, the basic principle of halving (German federal constitutional court: BVerfG, 22.6.1995 2 BvL 37/91, NJW 1995, 2615)".

But don't just read it: write it. "If you would like to say or write something about our logo", invites the optimistic author, "we would like to include it in the unfolding story of the Streck Mack Schwedhelm logo".

Before putting pen to paper, get to know the recipients better. Each lawyer is allotted a space in which to recall "My path to Streck Mack Schwedhelm". One partner reveals, "Excel is my passion", but instead of therapy, "I looked for a law firm in which I could exercise this passion". She found spreadsheet heaven at Streck Mack Schwedhelm. Another declares that the firm embodies "Enthusiasm/fantasy/commitment", and in such a crucible is it any wonder that "tax law for me came to have a thrilling legal aura which didn’t let me go".

The lawyers are also given several pictures in which to tell the story of their day. Here's Dominic, who asks, perhaps rhetorically, perhaps not, "What more could a young lawyer want?"

The photographer shoots the lawyers in a high-contrast style which cleverly conveys both despair and boredom.

It makes Jens look like the star of a found footage horror movie.

Dr. Jörg Alvermann sounds like an actress who once shot some nudes, confessing, "Tax, of all things! It didn’t sound sexy, but I was young and needed the money".

Burkhard's photo journal is a neo-realist portrait of office man.

Dr. Heinz-Willi Kamps writes, "My hobby was welding metal furniture or other metal objects that finally led to a self-created, complete and real-life piece of work". In 1987, "I was in my fourth semester studying law and missing the previously mentioned attributes". Then he took a placement at SMS and realised, "This was where I could ‘weld’ my legal future... - and the arc glows still". Here he is making 'sparks fly'.

Dr. Herbert Olgemöller recalls, "The very first dossier that came to hand made it clear just how colourful tax law is and how creative the resulting legal work can be". Tragically, "Since then, I have come across nothing else in any other environment that I would prefer to do…"

Good work Streck Mack Schwedhelm. If you've seen a bonkers site, or you've got news, send your tips to [email protected] or use the anonymous form.

Excellent captions. Each one transported me to the lollercopter.
323
Vote up!
342
Vote down!
I agree with anonymous 09:50. Just about spat my damn fine coffee out at those high-contrast style photo captions, bravo RoF.
314
Vote up!
367
Vote down!
Pure class
330
Vote up!
339
Vote down! 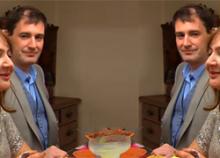