Voters in the white-hot ballot for the West Country and Gwent Law Society Council have been granted the rare opportunity to elect a candidate who couldn’t be arsed.

"Sadly, I find myself in the office on Bank Holiday Monday", a bored lawyer told RollOnFriday, "and stupid enough to read the Law Society council elections canvassing paper. Yes, I know." 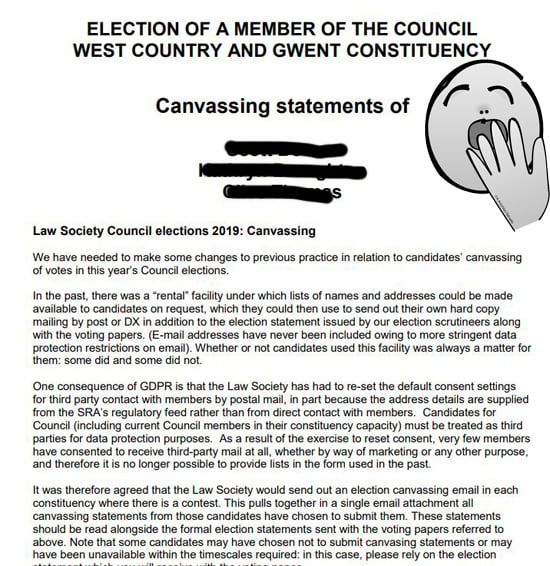 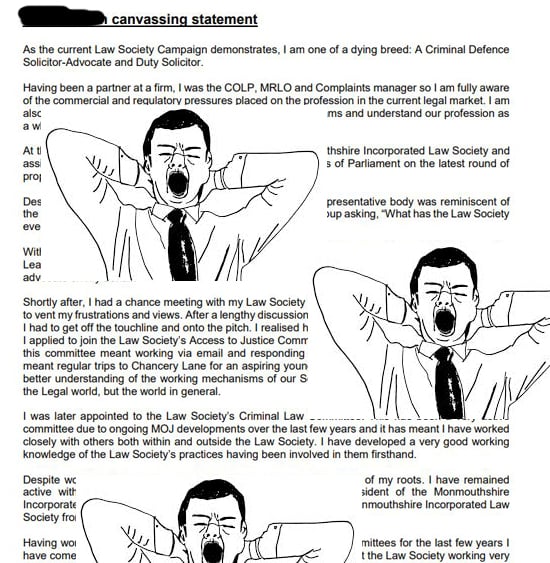 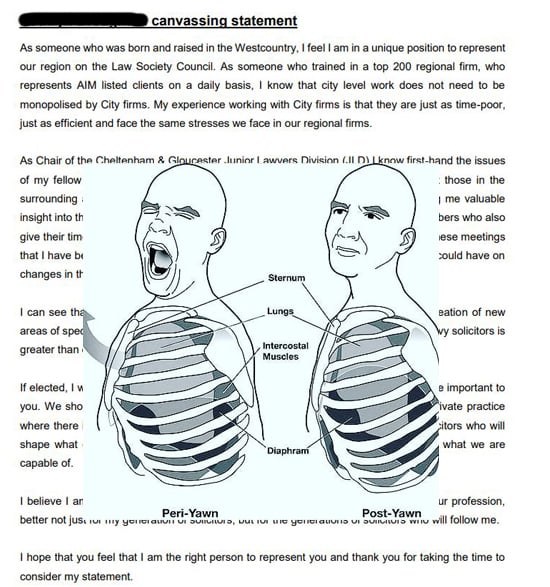 Apparently the document was so mind-numbing that not even the people who wrote it could bring themselves to read it, and one candidate couldn’t be bothered to enter, hence the inclusion of this rather passive-aggressive note: 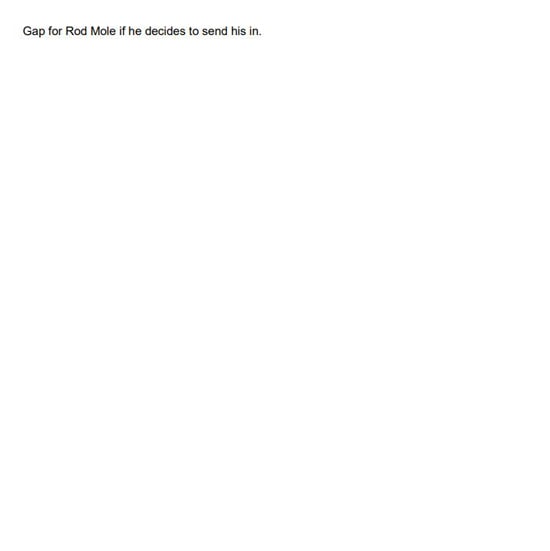 "Probably not the most exciting tip you've ever had", said the source. "Indeed, quite possibly the most boring". Arguably. But, we're all in the law. Boring is the mortar which cements the bricks of our working lives together. Boring is often inside some of the bricks as well. Seen from above, the building occasionally even spells 'boring'. It seems to have gotten to Mole, too, who decided to watch telly or go for a pint instead. On that basis, he is the perfect candidate, and I would like to endorse him for West Country and Gwent Law Society Council president.