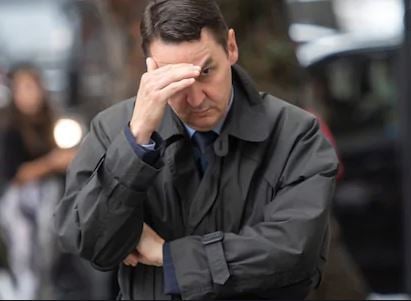 The bar disciplinary tribunal has suspended a barrister for six months, following his conviction of upskirting in 2019.

In June last year, Daren Timson-Hunt had been on a Northern Line train when a plain-clothed police officer spotted him resting his mobile phone on his thigh and slowly adjusting it to take a picture of a woman on the carriage.

The barrister, who was 54 at the time, followed the woman off the train at Embankment and took a photo up her skirt after she climbed the stairs in front of him. The police officer confronted Timson-Hunt, who confessed on the spot, saying, "I do not know why I did it. I have never done something like this before. I am an idiot."

Timson-Hunt was one of the first defendants in the country to be prosecuted for the new criminal offence of upskirting under the Voyeurism (Offences) Act 2019. In September last year, Westminster Magistrates court sentenced the barrister to a 24-month community order and placed him on the sex offenders registry for five years. The victim had told the court that the incident had deeply impacted her day-to-day behaviour, as she preferred not to wear a dress or skirt, and avoided public transport.

Timson-Hunt has now faced the bar disciplinary tribunal. He told the panel that he had admitted the act to the officer and victim at the time "and apologised to the victim unreservedly." But he denied his actions were premeditated, saying: "I didn’t intentionally follow her, obviously when you leave the train it’s packed, she was in front of me but that wasn’t by any choice."

The disciplinary panel chair Alan Greenwood said the offence "involves filming" which is not just a "momentary, fleeting glimpse" but invades a person's privacy "in a serious way".

In mitigation, the barrister told the tribunal that he was under pressure at work and at home. His wife had been recovering from a serious illness, and he was caring for his young daughter, while working 80 hours a week. Timson-Hunt had been head of a legal team advising the government on Brexit-related trade deals.

Following his conviction, he was dismissed from the Financial Conduct Authority, where he was due to begin working. Since then he had sought Jobseeker's Allowance before taking on a manual role earning little above minimum wage. He told the tribunal that he wanted to resume legal work when the court's community order finished.

The tribunal noted that Timson-Hunt was someone of "previously unblemished character" who had been under a lot of pressure at work and domestically. But found that the barrister had behaved in a manner which was "likely to diminish the trust and confidence which the public places in him or in the profession".

Timson-Hunt avoided a lengthy ban, but was prohibited by the tribunal from obtaining a practising certificate for the time left on his community order (a further six months), and ordered to pay £1,200 in costs. The decision is open to appeal.

"The tribunal’s decision to prevent Mr Timson-Hunt from obtaining a practising certificate until he has complied with his community order reflects the consequences of such a serious departure from the standards expected of those called to the bar of England and Wales,’ said BSB director of legal and enforcement Sara Jagger.

Timson-Hunt is not the first person in the legal profession to have been caught creating dodgy footage.

Thanks for reading - if you're in private practice, please take a minute to take the RollOnFriday Firm of the Year 2021 Survey.

If this was a solicitor this would have resulted in a striking off.

Disgruntled is right, if this chap had been BAME or female then he would have been struck off without a second thought.

It’s one of those offenses where if the policeman had done nothing then the guy would have his tawdry sex pics and the victim wouldn’t have been a victim as she would have known nothing about it.
everyone lost including the general public as the policeman was wasting his time on this lose lose case.

Can someone clarify whether this chap has or has not been cleared of all wrongdoing by the BSB?

Like, has been more cleared or less cleared than Lord Lester was? Just to help us gauge it on a scale.

Surely more males than females are struck off by the BSB, 9.35.

@09:53 - absolutely right! It's one of the primary reasons that the Bar is such a seething hotbed of male violence and masculine privilege.

It's still almost impossible for a woman to succeed at the Bar unless she is five times as good as her male colleagues. And even then she can expect to earn only half as much because of the Old Boys Club mentality.

But, it's fair to say that the people who have it hardest from the BSB are BAME Females, who it strikes off more regularly than any other group of people. Which is all the proof you need of the institutional racism that is rife at the English Bar.

What are the statistics for strike off by gender at the Bar?

Anonymous 27 November 20 09:37: Neither Timson-Hunt nor Lester were cleared by the BSB.

Rein it in, its boring.

Or to put 9.37's question another way, who was most cleared out of Timson-Hunt, who was suspended for 6 months, or Lord Lester, who was not suspended or sanctioned in any way?

The man is a sex offender. How on earth is it sufficient for just a 6 month ban. He should be disbarred. He is not upholding the standards of the Bar or legal profession. A policeman lost his job this week for stealing doughnuts. Maybe the BSB should be replaced by the police regulator.

What a grubby individual. Very arguable that his actions were untrustworthy and, by pretending to be using his phone when in actual fact he’s filming groins, is intending to mislead. Both point to dishonesty

Quite right, it's the fact that he tried to hide what he was doing that's the problem here. There's no place for dishonesty or deception at the bar.

But once you put that part of what happened to one side then the police officer really had no business sticking their nose in.

For those of us who have to live without it, every single day of our lives, it's really quite interesting.

So maybe you just need to go and take your fragile white ego somewhere else and let us get on with making real progress, so the legal profession can finally give diverse people what they deserve.

You are going in the garbage alongside your boy Trump.

This is awkward but I'm the chap who made the comment at 10:14 but I don't have any white heritage in me (as far as I am aware).

So do I need to take my Middle Eastern ego elsewhere or am I allowed to stay?

Not getting involved in the race/class politics. Bottom line is Timson-Hunt is not fit to be a barrister.

He needs to be permanently disbarred.

I appreciate this will cause him hardship.

His actions have caused other distress.

Frankly, you need to take it to whatever cesspit is still accepting applications from people who hate the idea of diversity in the legal profession. With luck they still have some spaces left and will take you.

What is it that you do in your personal life that makes you so desperate to erase diverse identities in your bid to protect up-skirt photographing white male patriarchs from the cancelling they rightly deserve?

Certainly unpleasant, but not sure it merits permanent disbarrment.

The logic behind this is probably that it relates to his personal life and not his job.

Can we stop skirting around the issue.

I agree with all of the other posters here who think it is a bit untoward of a barrister to act dishonestly (concealing the photography was underhanded, and the Bar's professional standards body should sanction him for that) but all the rest of the moaning is just hypersensitive millenial whining about nothing.

Modern 'feminists' give the rest of us a bad name by trying to criminalise public photography. Emmeline Pankhurst would have been ashamed of them.

Are you suggesting that you're not a victim if you aren't aware of what's happened to you?

@11:45 - you give women in their 40s a bad name. I'm a woman in my 40s too and I do not understand how you could be so blaze about this and don't you speak for 'us'. It's your view and I will accept that there will be people who hold different views to me and I won't try to attack their generation or somehow claim their feminism is 'wrong'.

Just because you lived longer does not mean you know better or have the right to impose your views as universal. YOU would be fine by creepy men taking pictures of your undies, it's ok, everyone has their kink not ME (and clearly not many others).

@08:57 - I understand that you have a novel hypersensitivity to public photography, but I simply find it embarrassing that the mantle 'feminist' has been taken over by a generation who seem to operate on a similar intellectual level to primitive tribespeople who think that being photographed by tourists means they are having their souls stolen.

The fact that we are wasting the nation's budget on deploying undercover spies to help protect your delicate feelings is absurd to me. They could be out there catching paedophiles or locking up Irish dissidents, but instead they're wasting their days snooping on commuters for unauthorised cam-phone use. 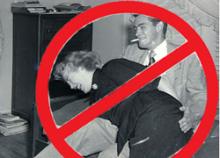 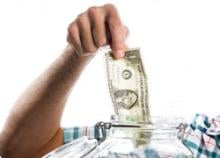