Herbert Smith Freehills has blamed the "unprecedented uncertainty“ created by the pandemic for an autumn trainee retention rate of just 69%, which drops to 66% once fixed term contracts are discounted. Meanwhile, Clyde & Co has reduced its NQ pay for the same reason.

29 out of 32 of HSF's qualifying trainees applied for jobs and 22 were made offers, which they accepted. One of the trainees is being kept at the firm on a fixed term contract, yielding a 66% rate which compares poorly to the firm's usual scores. In March Herbies retained 84% of its Spring qualifiers (27 out of 32 trainees), although last September it managed the less spectacular 71% (27 out of 38 trainees).

In a statement, HSF said that it had offered fewer NQ positions this September than usual "in light of the unprecedented uncertainty caused by Covid-19".

"This has been a very difficult decision made in very specific circumstances. Retaining our trainee talent remains a key priority for the firm", it said.

The results follow the firm’s offer of £8,000 In June to new trainees to defer their training contracts by six months. 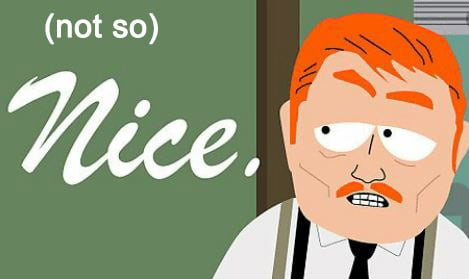 Had to, it's internet law.

Meanwhile, Clyde & Co is retaining 36 out of 40 final seat trainees, one of whom is also joining on a fixed term contract.

Training principal James Major said he was “delighted that such a significant proportion of our trainees will be staying with the firm".

"Our home-grown talent is vital to the long-term health of the firm, especially at such an uncertain time in the wider business market", he said.

In a statement, the firm said it had made a number of decisions in April to build up its financial resilience to the "short term challenges and volatility" it faced as a result of COVID-19. "This included deferring our salary review and promotions processes that typically take place between April and June, to October. As such and in line with other firms, we have made the decision to adjust the salary bands for our trainees and NQs". 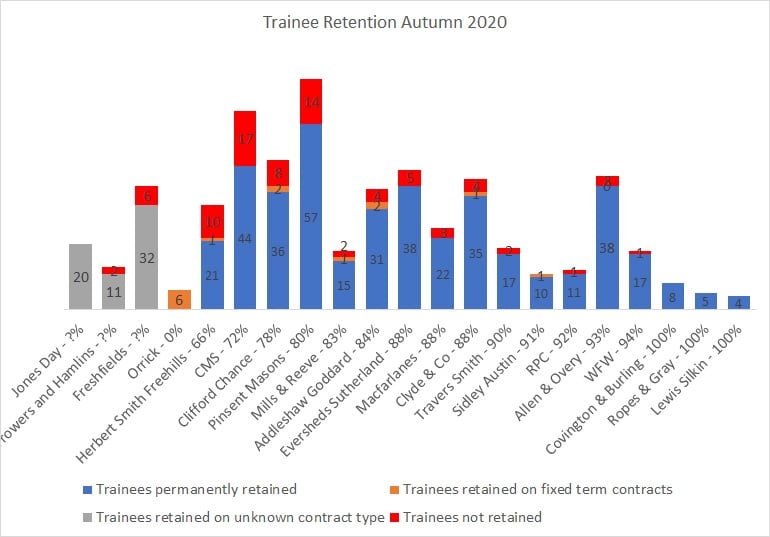 nice work on the chart. any stats on dla?

Good old Clydes, making the most junior and worst off fee earners bear disproportionately the brunt of a downturn, when in any responsible and ethical firm it would be the partners who took the brunt of the cuts as happened elsewhere.  Assuming that the gross cost of the NQs earning the money they were promised is about £100k a year including NIC and so on, and dividing that between the large number of equity partners, you get something like a few hundred quid A YEAR as an additional cost per partner.  But no.  The partners who have been earning hundreds and hundreds of thousands of pounds for years and years definitely can’t afford that, whereas trainees and NQs (to whom the extra money would make a difference) apparently can.  Typical greed from this firm - it has form.  Hence why it’s just a middle of the road outfit.

Jones Day retained 100% of its trainees

Does anyone know how many trainees Crawford Legal Services has retained? They sound super busy and given their apparent size must have at least 6-8 trainees.

Looks like Orrick has put 100% of it's NQs on fixed term contracts (!)

That feels like a poor show. And won't the trainees have more than 2 years continuous service so would qualify for unfair dismissal protection anyway?

“That feels like a poor show. And won't the trainees have more than 2 years continuous service so would qualify for unfair dismissal protection anyway?”

The contract offers will make it quite clear that the new offer starts time again.  Training contracts are two years.  The NQ fixed term will start time running again.

How shortsighted to think 2k here and there will make any difference. It will only demotivate the juniors and is very bad PR. Shameful and greedy.

Latham is keeping on all trainees.

You got to learn to roll with the changes. 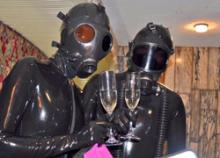 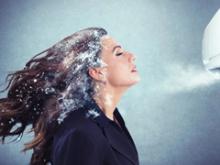