At the arse-end of pay satisfaction in the RollOnFriday Firm of the Year 2020 survey are the bottom four firms who have all scored below 50%.

In joint-third last place Clyde & Co (48%) has adopted an “annoying strategy of paying you as little as they feel they can get away" according to a junior lawyer.

"Seniors are now beginning to leave en masse after years of no pay rises - these people are not replaceable" said another Clydes lawyer. "The firm's response is to up NQ pay but do nothing about the seniors" who can earn more elsewhere, resulting in "some departments turning into ghost ships."

Another shipping firm to come in for a keelhauling from its staff is HFW (48%), placing joint-third with Clydes. "Dismal, bargain bucket pay" said a senior lawyer.

"Not at all impressed" said another lawyer. "People are very angry at the tight management, derisory pay and non-existent bonus." But despite this, "we are told to compete with the best. Appalling".

In second-to-last spot, a senior lawyer at Blake Morgan (28%) said that he hadn't received any "pay rise in 3 years...Not even to match inflation!" A junior lawyer said that pay was "extremely low for London - they claim it is a trade off for the work-life balance but many firms literally across the road offer the same lifestyle and about £20k more." A senior lawyer said that there had been "stand-still or meagre increases for the last 10 years.  If I was in it for the money, I would be somewhere else." 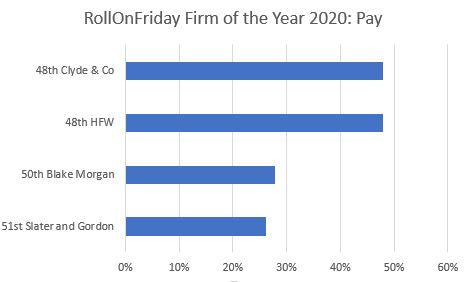 This year's Golden Turd, PI firm Slater and Gordon (26%), was the lowest rated firm for salary satisfaction. "The bonus scheme is a massive stitch up" said a senior lawyer, "goalposts change just when you think you might be in for a bonus."

Another lawyer said, "I was told before joining that my financial target would be four times my salary. Years later it still is not. The bonus system makes no sense. Unless Santa brings me one, I don't know what bonus I'll get or when."  She added "the gender pay gap information just about sums it up - the male paralegal who reports to me got a bigger bonus than me last time, how is that possible?"

She added "the gender pay gap information just about sums it up - the male paralegal who reports to me got a bigger bonus than me last time, how is that possible?"   It's possible because of S&G's determination to rid itself of people who command decent salaries, and to replace them all with paralegals.  He's the future.  You clearly are not.  That's why I left too.

If you think your pay sucks, why don't you leave and go elsewhere?  Is it because you are actually mediocre?

Not necessarily.  PI is a shrinking market.  The opportunities to move are significantly more restricted now than they were even five years ago.  Lifeboats are few and far between.  There's simply no opportunity.  A lot of people at S&G (and elsewhere) are essentially stuck there.  Perhaps counter intuitively, the more senior the solicitor, the greater the difficulty in moving on.

So the issue is really that PI doesn't earn firms enough money for those firms to pay well.  It's like a bin man complaining he is poorly paid vis-a-vis an investment banker.  Should become a corporate lawyer if you want big bucks.

The thing is though Bob, your suggestion isn’t a solution.  A senior PI practitioner can’t very well expect to succeed if applying for an M&A role.  They’re still trapped.

They aren't trapped, in the same way a bin man isn't trapped because he doesn't earn a six figure salary.  They just aren't able to command the salary that they may think they should.

Mayhap, but there is still a dearth of opportunity for onward progression.  That’s the point.  I’m surprised this is a contentious point.

DW, MB, AA, MJ, PM, HG - Those combined heads must account for easily £1,000,000+ in #SGWay salaries.  Think about that next time you are asked to do your 44-page PDR and justify your salaries Underlings.

If you want to be a magic circle firm 48th is a disgraceful position to be in!

Have 17years PQE. Never seen or received a bonus from any firm despite promises. Only time I did was when I  finally had my own place 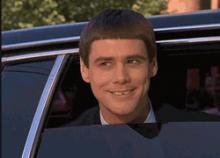 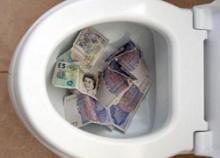 Best pay satisfaction is at US firms, say lawyers on ‘top of the market’ deals