A partner at Freeths has been fined £4,000 for using the word "poofter" in remarks about a gay trainee.

In response to a colleague's comment that it had become acceptable in certain circumstances to refer to travellers as gypsies, Darby asked whether it was also okay to refer to a homosexual trainee, who was present at the social event, as a "poofter".

The trainee overheard and asked Darby to repeat himself, which he did, asking again if it was acceptable to refer to him as a "poofter".

The trainee complained to Freeths, which investigated and decided Darby had used offensive language. It sanctioned him with a reprimand and a warning to watch his conduct for the next two years.

Darby offered to say sorry to the trainee, and in September he reported himself to the SRA over the matter. He also reported himself at the same time for a failure to comply with SRA Accounts Rules when he allowed a client to receive money from a debtor via the firm's client account even though Freeths had not acted in the underlying transaction.

The SRA fined Darby £4,000. Noting that the partner had co-operated with the regulator and agreed to the publication of his embarrassments, it said that as a manager of Freeths he was "expected to have a greater understanding of the need to respect and encourage diversity and of the SRA’s rules about handing client money".

It's been a terrible week for Freeths. This week it announced a redundancy consultation which could result in 80 lawyers and business staff losing their jobs. Blaming Covid, Freeths chairman Colin Flanagan said, "I am greatly saddened and disappointed that, as a result of external circumstances beyond our control, we are going to lose some of our excellent team members".

He makes a valid point imo

Another sign that OK boomer "banter" is outdated, not funny and unacceptable in this day and age.

If his tone was mocking, fair enough. But if he was asking seriously, albeit clumsily, doesn't that mean you are now a bigot for asking if something is bigoted? I find that scary.

The rule is: don't ever say anything about sex, gender, orientation, race, religion etc. Just nod and don't ever talk about it, ever. Just be nothing - always.

I totally see the logic in your question and I think a lot of the time it would be a fair question - can we check if x is OK.

I think this is just a word which has always been an offensive slur and if someone needs to ask the question then they're betraying a lack of sensitivity and awareness that isn't really appropriate.

So agree with you - but in relation to descriptors like "gypsy" as opposed to slurs like "poofter."

Hi Fiona. I think you’re right. Struggling to see, now I’ve thought about it more, how one could say ‘poofter’ in that context in good faith. It feels like someone thinking they’ve found a clever way to be mocking.

I struggle to believe that the question could have been meant seriously. I can only assume it was an attempt at reductio ad absurdum in response to the traveller comment. It’s not appropriate to treat this issue with that kind of flippancy, especially in the workplace, and more particularly in directing it at a specific individual who is a junior colleague, in earshot, but who is not part of the conversation. What a breathtaking lapse in judgment.

Either that or it wasn’t a flippant comment, in which case it would be worse.

This seems like a clumsy bad comment which deserves calling out (and Freeths are well known for being one of the much better firms for diversity and inclusion).

But can we address the massive elephant in the room that is the breach of accounting rules? I cannot believe that only received a fine. What he did was literally the definition of money laundering.

I think the fact that the trainee asked him to repeat himself (and he did) gives some insight into whether this was a proper question or not. Imagine the trainee's query was more along the lines of an incredulous "wtf did you say?!" rather than a literal "I didn't hear you, please speak up". The fact that he didn't then apologise and instead doubled down in a way calculated to  be insulting makes this worse than just a slip of the tongue during banter.

Well done to the trainee for having the minerals to call out the partner on his BS, in front of colleagues, at a drinks event. Not easy.

That word has always been an offensive homophobic slur. It wasn’t a genuine question.

Its OK lads, he only has to watch his conduct for another 2 years and then he can go back to using homophones slurs. 😑

So glad the SRA keeps busy going after people who make crass remarks or are rude on Twitter.

We would not want them rooting out dishonesty and incompetence. How could a chap earn a crust if they did? Yes definitely better they focus on things like this.

And no, they cannot do both. They lack the time to check that solicitors are trained and competent, so every moment they spend on cases like this is a boon for other solicitors who are a genuine threat to clients.

Worrying number of homophobes disagreeing with 09:17. Sad to see.

Convenient for Freeths that the bigger issue in this article, the 80 redundancies, has been buried by the ‘poofter’ remark.

80 staff is 10% of the work force and is the biggest publicised lay-off by any firm so far!

Now the Russia report has called out law firms (and we know who you are - the "high net worth" bottom feeders) as a "key group of professional enablers" of Russian oligarchs' influence, what are the SRA worried about? Words that might hurt your feewings? Ah darling, don't worry, the SRA will make the nasty man pay a fine.

Christ - we have a real threat which undermines our democracy and the rule of law which could have robbed us of EU membership, FFS. This petty shaming bullshit is a waste of resources.

Christ - we have a real threat which undermines our democracy and the rule of law which could have robbed us of EU membership, FFS. This petty shaming bullshit is a waste of resources.

Why wouldn't you want to deal with both?

Anon 16:57 - the point is that resources are scarce and this kind of stuff is a firm's internal-HR relationship matter, and if scarce resources are wasted on this playground nonsense, the real bad guys (by which I mean the "private wealth" law firms) laugh all the way home with their bag of roubles...

Whilst we’re talking about offensive comments I note one of the posters has started their post with “Christ”.  Now I’m sure that wasn’t meant to be offensive but I’m a Christian and I don’t like the Lord’s name being taken in vain (it’s blasphemy).  Should this as well as “poofter” be an SRA matter? Sadly Christians don’t have the same protection as others with protected characteristics....

The number of homophones supporters based upon thumb voting on this article is disappointing. Either there are a number of trolls or some serious numbers of weirdos are supporting his disgusting comment.

I envisage the question was a laddish attempt at humour after a few beverages.  The term is gratuitously offensive and the “joke” backfired badly.

Add in the client account thing and it’s plain that this individual has very poor judgment.

I wonder what will happen to the trainee - will The firm feel obliged to keep him on?

Hats off to the trainee - despicable behaviour from the partner, but it takes great courage to stand up for what’s right when your career is potentially on the line.

The client money thing is not the 'very definition of money laundering'. Assuming the debt owed to the client was a legitimate debt and not the proceeds of crime it is not remotely money laundering.  It is a breach of the accounts rules and he was punished appropriately for that.

The 'Poofter' comment was almost certainly a joke.  He shouldn't have made that joke and again he was punished for it.

Neither incident is acceptable which is why he has been punished.  Neither should be career ending for him though tbh (assuming this isn't part of a broader course of conduct) so everyone should probably just move along now.

Agree, very convenient! Spoke to a friend at Freeths - 9% fall in turnover predicted, so they're cutting 15% of non-partners!

They'd issued a press release with 80 jobs to go, but have put around 600 people on notice of potential redundancy and haven't said what roles are going (how they can know the number of redundancies without knowing at what level or practice area beats me)!

Interesting approach to motivating the workforce, you'd expect the hard working mid level lawyers to be looking elsewhere as the market picks up!

The work levels and fall in WIP is over 9% and Partners and Directors have a separate process.
Maybe the contact at Freeths should reread the emails and look at the numbers.

It is a difficult time for everyone but Freeths are one of the better employers as they have a staff council who meet regularly and there are updates.

No one ones redundancies but whilst they are inevitable there are other options available individuals can consider.

Also unlike other firms the firm are including exgratia payments of 6 weeks as part of any package which is generous.

Isnt it obvious that the firm only want one round of redundancies so are including most the departments instead of having to go through the difficult process many times.

Remember which firms behaved well and which behaved badly and punish the dirty rats when the time comes. 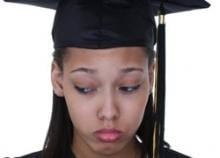 EXCLUSIVE US firm asks for Oxbridge grads only 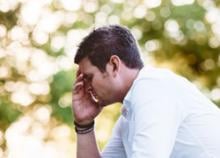