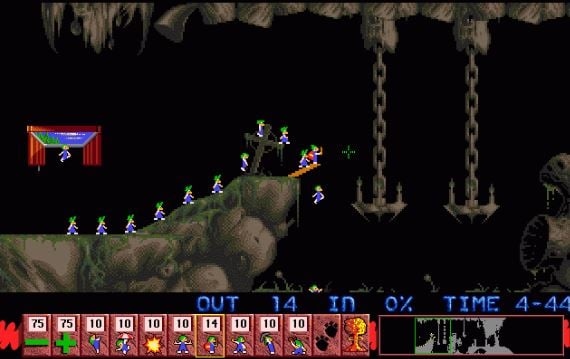 After saying it would not "blindly" follow other businesses who shut their offices "like a lemming", Australian firm HWL Ebsworth has reversed its pandemic advice for staff after an eruption of six infections at its Melbourne office was labelled a "key outbreak" by health officials.

While most firms were closing their offices in March, HWL Ebsworth required all 1250 of its staff to continue coming to the office during the coronavirus outbreak. "I suspect that one of the reasons the firm is reluctant to let people work from home is the lack of proper IT infrastructure", an insider told RollOnFriday at the time.

The firm insisted that working from home was bad for employees' mental health, because "social isolation and operating within less than optimal working conditions" had the "potential to increase stress levels".

It dismissed the self-isolation practices adopted by other businesses, saying it had no intention of "blindly following the lead of others like a lemming".

On 6 July, an HWL employee tested positive for coronavirus and a floor of the firm's Melbourne office was closed. Staff were sent home as the premises were deep-cleaned, and two more employees were confirmed as having been infected.

Martinez told staff they were expected to return the following Monday "barring any issues", according to the Australian Financial Review. He said "it is not an outbreak that originated from our office, and it didn't arise as a result of our operating practices".

But then three more cases were detected, bringing the total to six so far, and Victoria health authorities publicly named the firm's Melbourne office as a 'key outbreak' site. Martinez, who last year fired one of his lawyers for writing a book which resulted in a £250,000 payout,  performed a reverse ferret and finally announced that staff could work from home if they liked.

But a number of employees claimed they were kept in the dark by the firm about the Covid cases, and only found out about the infections after the health chief's announcement, it was reported. Worksafe Victoria, the statutory body which assesses workplace safety in the region, confirmed it is now investigating the firm.

HWL Ebsworth did not respond to a request for comment, and would not say if any more cases had been detected, or whether its managing partner regretted directing staff to work in the office during the pandemic as if they were a species of small, short-tailed, thickset rodents related to the vole.

The original Lemmings on the Amiga was a classic. Forever stuck on Level 97 out of 100...

It was a stone cold classic. Lemmings on the Amiga 500. Sending them all to their doom. Take me back.

What an appalling firm.

A perfectly normal human being: https://www.afr.com/rear-window/hwl-ebsworth-boss-files-human-rights-complaint-20200730-p55gvc