A lawyer has quit his personal injury firm in a blaze of glory, blasting his old management in an all-staff email.

RollOnFriday is not naming the lawyer, or the firm, in order to protect his quite angry identity.

"So after six years my last day has arrived", began 'JB', neutrally enough.

"Despite the way the partners and directors have chosen to act towards me since I resigned", said the lawyer, he had "too much respect for those colleagues that I admire" to go on a "social media rant".

But before the partners could breathe a sigh of relief, JB launched into a bridgeburner special.

"When you decide that it’s time to move on", he counselled his colleagues, whether it's because they "can’t cope with the stress of having nearly twice as many as the 150 files promised in your contract", or "the realisation that you don’t want to work until 11pm without pay", or "a lack of support from your supervising Partner", or "perhaps being paid considerably less than your male counterpart for the same position", then, said JB, he hoped the firm would have "more respect for you and your years of service then to wait until 5:40pm the night before payday to inform you that you’re getting paid just the national minimum wage, giving you no time or opportunity to sort out your child maintenance and direct debit payments due out the next morning".

As a "final observation", the lawyer advised the partners that "when one of your staff resigns, you really don’t have to suddenly behave in a bitter petty manner" towards them, "or stand idly by when you see them being treated in such a morally indefensible way through fear of your Managing Partner".

"Your silence this last four weeks has spoken volumes to me which is personally disappointing", said JB: "It really didn’t have to end this way."

"The little blue fob is on its way back to you with much love", he concluded.

JB is not the first lawyer at the firm to broadcast his grievances semi-publicly on the way out the door. When RollOnFriday contacted the firm for comment, its compliance partner accepted there might be an issue with exiting staff blustered, "I am rather shocked to receive your email enclosing a confidential internal staff email", and said it was sad that JB felt that way "clearly a Data Breach by you to use it which is potentially reportable to the ICO", and that most staff had a positive experience at the firm "We do not consent to you holding any data about us", adding that nonetheless they were committed to addressing any staff concerns  "You have improperly obtained it and should destroy it".

Always embarrassing when the clueless try to weaponise data protection.

Amazingly they've learnt nothing from the note and Mr Compliance seems to be reaching for the Nuclear Button!

Wow. Their compliance manager has zero grasp of GDPR.

So they cut pay just before pay day?

Why is ROF referring to JB as a he, when "he" complains about "being paid considerably less than your male counterpart for the same position"?

This has got S&G written all over it

"when one of your staff resigns, you really don’t have to suddenly behave in a bitter petty manner"

you hear this all the time, it's like law firm partners collectively have some sort of abusive upbringing that results in massive abandonment issues

What is this new trend for starting a sentence with a conjunctive?  It should stop now.

Shrieks of ‘but GDPR’ are the last resort of the desperate.

Answered with aplomb! The way you would expect from a reputable law firm that knows its data protection rights.

Hope this ends in an employment tribunal.

When you resign it’s tantamount to calling the partners kids ugly or better still shagging their wives, girlfriends, boyfriends or husbands

You go from a much loved and respected member of the workforce to a treacherous, mutinous, disloyal [email protected] in about 5 minutes.

You have rejected them and they tend to respond like all narcissists respond, they lash out and many join in to make your notice period as miserable as possible.

That’s when the retaliatory vitriol comes out and there is only one winner when that happens.  It’s the person backing out the door giving the firm the finger because they often know where the bodies are buried and if they are being treated like [email protected] then they may as well give a bit back.

This age old ritual will continue because the narcissists always get to the top of the tree and they can’t help it, it’s in their DNA.

For the rest of us, we have a good laugh as we read RoF and hope that the departed will achieve at least parity in the game of “dish the [email protected]”.

Anonymous at 08:55: I assume JB is speaking hypothetically about why (former) colleagues may want to resign.

So this person's pay was cut before pay day before they left? That is probably not lawful.

Crappy treatment of peeps trying to leave respectfully is timeless.

when I left the firm I trained at I worked all hours to make for a smooth handover. Yeah, i learned my lesson since then.

Good leavers are never respected and crappy behavior by firms towards leavers only drives pettiness,  strictly contractual minimum work and in the worst shops leavers that actively seek to be put on garden leave

have fun getting in temps at short notice to manage those files !

@10:31 - Anyone who wishes to leave an anti-racist movement must be a racist, so it's perfectly fair to inflict vigilante violence on them and we're not fascists.

Ended up with a pay rise at a better firm.

Try not to care too much.

I’m an ex-employee of the same firm as JB, who was told that my job was important to redundant within a 3-week period. I can state that there is no mental health policy - you can break down on your own time. The change in behaviour by senior management whether you resign or they ask you to go is akin to you suddenly developing leprosy. You are asked to pass on information so that your supposedly redundant job can carry on without you. I and others who have left for whatever reason consider ourselves escapees of the firm - you realise life is better on the outside 🤷🏼‍♀️

I have never understood why someone who is about to submit their resignation doesn't just book off 1 - 2 weeks of annual leave immediately before they submit it.

Even when the seniors/ partners you work with aren't complete cretins it's just better not to be in that environment (you've effectively give them two fingers), at least I have always found that.

Once the bile and vitriol starts then that's a self-cert week off sick, followed by an email to HR complaining about ill-treatment and discrimination, with the view to getting some type of garden leave for your notice.

"Blue Fob" has got to be a giveaway to those in the know, surely?

This definitely smells like a massive pile of BLM although they would pay less than the minimum wage if they could get away with it.

I had to go in a "reorganisation" and I didn't try to remain; once it was clear they considered me expendable it was time to shake the dust off my feet and leave. This is nearly 20 years ago and I had a look at where people were now. People who had to go are generally in a higher position than then, and people who remain also remain in their old jobs and positions. And the leaders that played stupid games did in fact also win stupid prizes.

As soon as you resign you become the other side.

Even if you do it right.

Most law firms are assholes.

Many fear you will take clients with you, and they have good reasons to fear this. When I resigned I didn't contact my old clients but they called me. In the end all my high value clients came over as they decided for themselves what kind of people they preferred to work with. 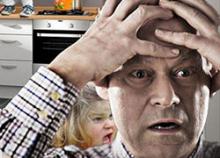