A Kirkland & Ellis partner is at risk of being sanctioned by his firm and potentially the SRA after he snogged a junior member of his team at a boozy Halloween party.

A group of Kirkland lawyers went out on the town last week after the London office's annual pumpkin-carving competition.

While consuming rounds of Jagerbombs the partner became increasingly amorous towards a junior member of his department. "One thing led to another", said a source, and he began snogging her "in front of everyone". RollOnFriday is not naming the partner or identifying the junior lawyer in order to protect her anonymity.

The duo left together shortly afterwards. "The entire firm knows", said a source. There is no suggestion the encounter was not consensual.

In a statement Kirkland & Ellis said, "It is our firm’s policy not to comment on internal matters. Any issues relating to professional conduct are taken very seriously and thoroughly investigated in line with our firmwide policies. We strive to create an environment of equality and mutual respect." 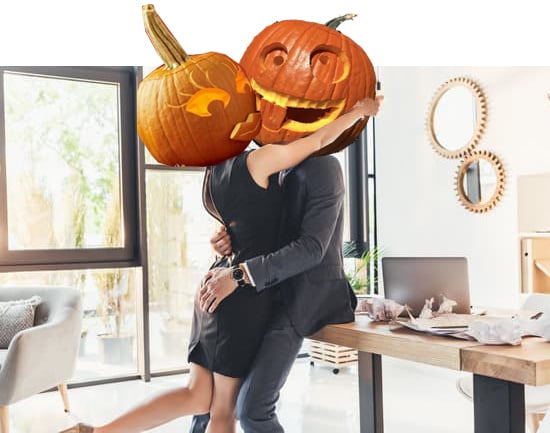 "You're so much younger and more orange than my wife!"

There are well-established reasons partners are advised not to cop off with their junior lawyers. It riles colleagues who may allege special treatment is being extended to the junior. It gives ammunition to the jilted. It tends to really annoy spouses.

But the recent decision by the Solicitors Disciplinary Tribunal to sanction ex-Freshfields partner Ryan Beckwith has raised the stakes considerably.

Just days before Kirkland's pumpkin-fuelled antics, the SDT ruled that Beckwith breached the profession's Code of Conduct by engaging in sexual activity with a junior colleague when she was so drunk her decision-making ability was impaired, and because he should have known that his conduct was inappropriate and amounted to an abuse of his position of seniority.

The ruling means the SRA's threshold for prosecution of a partner, and the SDT's threshold for a finding of guilt, appears to be as low as a sexual encounter with a junior lawyer.

Which could prove problematic for the profession given the frequency with which trysts between partners and juniors occur. (Freshfields has responded by threatening to hit lusty partners in the wallet.) It’s not even the first time for Kirkland this year. At a vacation scheme party in the summer, a partner spotted an associate kissing a student. Instead of stepping in, he hailed a cab and all three spent the night together.

Perhaps it's due to an excess of dopamine. Last year, lawyers at Kirkland voted themselves the most satisfied in the UK with their pay and career development in the RollOnFriday Firm of the Year 2019 survey (take the 2020 survey today).

Paul Phillip, chief executive of the SRA, told regulators at a conference that solicitors' inappropriate sexual conduct was one of the lowlights of the year (he didn't mention rampant cronyism at the SRA). Opining that in general the SRA should not get involved, Phillip said the exception was a breach of the Code of Conduct, specifically "either an abuse of a position of authority", or "a complete and utter lack of integrity". In such cases, he said, "we will always take action".

An SRA spokesperson said, “Our interest is in professional misconduct and maintaining the public’s trust and confidence in solicitors. Each case turns on its facts, and our approach would depend on the details of any report.”

Comments have been switched off for this story. 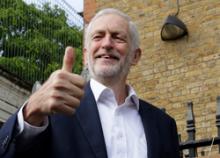