More evidence of apparent cronyism at the top of the Solicitors Regulation Authority has emerged.

Last week RollOnFriday revealed how three out of four of the SRA's senior management team were colleagues of the SRA's Chief Executive when he was the COO of the General Medical Council.

Even Paul Philip’s longtime PA at the GMC was found a plum position at the SRA, as the Director of Corporate Affairs.

Despite the statistically unlikely success rate of Philip's friends, a spokesman for the SRA insisted last week that "All executive roles are openly advertised and go through a competitive recruitment process".

He said that all the appointments were "made on merit by a panel chaired by the Chair of the SRA Board”.

But during the period in which all five of the GMC hires were made, a GMC board member also sat on the SRA board. Enid Rowlands was a board member of the SRA from 2013, and its Chair from January 2015 until January this year. From 2008 to the end of 2016 Rowlands also sat on the board of the GMC, working alongside Philip and his team while they moved over to their news jobs at the SRA. 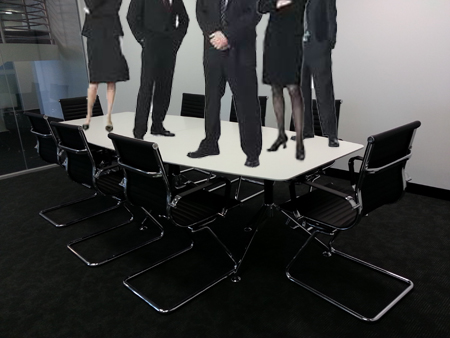 It was all above board actually.

A spokesman for the SRA said, "Charles Plant was the Chair for the SMT [senior management team] appointments, not Enid", and "he has no connection with the GMC". Asked if Rowlands recused herself from board discussions about the hires, the spokesman said the appointments "wouldn't have been discussed at board meetings". 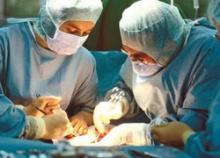 Hard to tell about the SRA board meetings as they’re conducted in secret.

Please keep on investigating this RoF

Is there anyone who knows about corporate governance who can chime in on whether this is ok or not? As a non-expert it looks...cosy

senior management appointments not discussed at board level? Sounds legit

so this hurried press release is a response to rof?

Please keep these up until we get a real response!

This is scandalous. The SRA need to be clean and (importantly) be seen to be clean.

(1)In discharging its regulatory functions (whether in connection with a reserved legal activity or otherwise) an approved regulator must comply with the requirements of this section.

(3)The approved regulator must have regard to—

(a)the principles under which regulatory activities should be transparent, accountable, proportionate, consistent and targeted only at cases in which action is needed, and

(b)any other principle appearing to it to represent the best regulatory practice.

The GMC understand the essential requirements of a regulatory authority. The sra have lost sight of their objectives.

What's the problem with the sra being run by competent persons??

If it looks like a duck, walks like a duck and sounds like a duck, then it is clearly an unctuous concatenation of self-interest and nepotism wrapped in a clattering bag of opaque corruption.

1. That it is only under present SMT ( senior management team) that resolution was passed to hold board meetings in private and not publish full minutes but only provide a redacted version to public ( see SRA website).

2. That the members of the SMT who have left under current regime happen to be the non GMC members ie David Middleton, Crispin Passmore, Richard Collins.

3. That following Juliet Oliver’s appointment, a former GMC employee and FFW partner,  a review was conducted of the Legal department of the SRA with external consultants appointed. Guess who? FFW of course.

4.The current SMT implemented a one panel system upon legal department meaning they exclusively and only can appoint Capsticks. A firm far better known for their healthcare work, plucking them from stable of firms who had previously provided the work. Subsequently terms such as “fitness to practice” have crept into pleadings despite the SRA having not implemented the provisions from the Legal Services Act 2007 relating to fitness to practice.

Does anyone know if this Team bailed out from GMC  into SRA as part of survival  "operation Dhingy" because of big time failures at GMC and payout to Dr Mathroo in compensation and GMC costs £40 million?

The thumbs downs presumably come from the SRA so we have some comfort they are reading our comments.

Appears to be some previous with Enid...

I wonder just how deep the GMC purge actually went?

The Capsticks / FFW appointments need greater scrutiny. If the best firms are not getting the SRA's regulatory work, that explains a lot.

Presumably ROF can charge £100k to investigate whether there was any wrong doing based on SRA charge-out rates and precedent???

Dame Denise Platt is Chair of the SRAs People Strategy Committee. She is responsible in this role for overseeing the appointment and remuneration of the Senior Management Team of the SRA.  She also just happens to be a Council Member and Chair of the Remuneration Committee for the GMC.