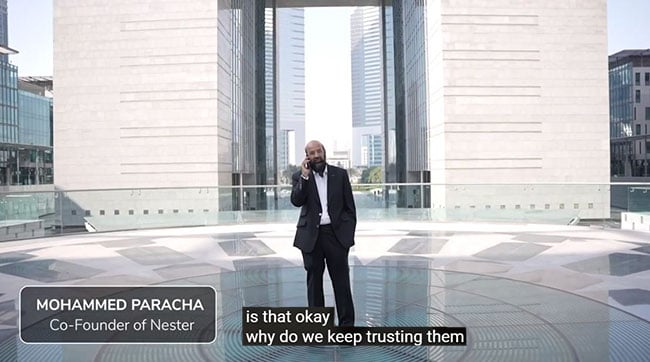 'Yes I slagged you off, but you kind of deserve it.'

A Norton Rose Fulbright banking partner has taken the brave step of highlighting the greed, uselessness and untrustworthiness of the banks in order to promote his rival venture.

Mohammed Paracha, NRF's Head of Middle East, spoke candidly about the sector in a video promoting his side gig, Nester, which allows people to pick from a menu of properties and provide their purchasers with buy-to-let financing, a bridging loan, or monies for refurbishment. 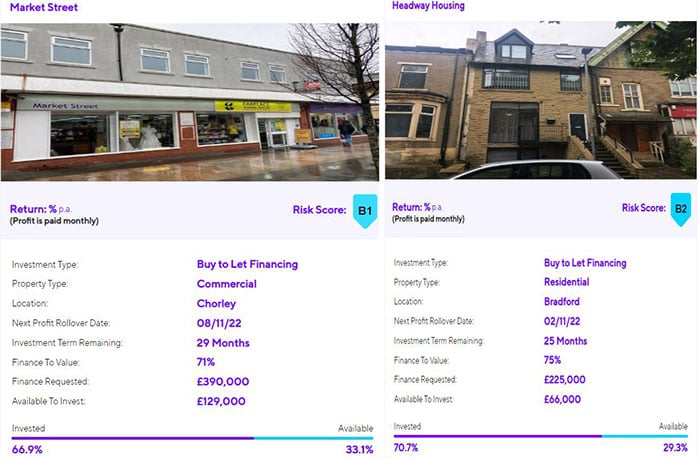 Stick it to the banks.

In his video promoting his company, Paracha and co-founder Youness Abidou take aim at the traditional banks as they position Nestor as a disrupter helping people the current system ignores.

"We can reach the masses and touch hearts and minds by empowering people to achieve the goals that they simply haven't been able to achieve through the banks", explains Paracha.

As viewers rush to draw down their pensions so they can fund a bridging loan for a dental practice in Manchester, the NRF partner moves in for kill: "Do you know how your money is used by a bank?", he asks.

"We are programmed to trust banks, but then they use our earnings to make greater profits for themselves. Is that okay? Why do we keep trusting them? Isn't it time your hard earned money did more for you? Isn't it time you tried something new, something smart, something that improves your bottom line and not your bank's?"

An anonymous source claimed that "a lot of bankers are not happy about this", although given the video went up last November and has clocked up just 516 views and one (positive) comment, if Paracha's clients - which have included HSBC and BNP Paribas - are upset, their outrage has been muted. Both declined to comment.

Paracha told RollOnFriday, "I invested in Nester in a personal capacity in 2018 because of its social impact aims, which are to empower everyday Muslim consumers who have very few financial products to invest in due to the prohibition on interest".

He said, "Muslim consumers remain one of the most financially excluded groups in the UK, which is compounded by the high inflationary environment, and many retail banks are unable to cater to this niche market because it is very difficult to do so in a financially viable manner".

Interesting approach, to start a business competing with your clients.

I like that it sounds like a charity. It's not about taking a cut from unsophisticated investors funding buy-to-lets - it's about empowering, it's about touching hearts and minds. Brings a tear to the eye.

Good on him! He's fully entitled to a side business of his own. His business is clearly not competing with the banks that are his clients, given that Nester seems to be offering a sharia compliant method of investing/financing (whereas the large retail banks in the UK simply don't offer such products). I like the entrepreneurial spirit of this chap, and I like the fact his platform allows others to make a dime also!

Bit of a nothing story, ROF?

What a pitch, don't make the banks rich and wealthy, give me your money instead and make me rich and wealthy. Oh and in the meantime I will continue to act for the same banks and get lots of money doing it. Love it.

…Not only does he compete with his clients, but he is slogging them off... Also why is he talking about Muslim consumers when Nester has nothing to do with Muslim consumers. Oh I see race/religion card. No one is going to fall for this.

As a partner of a firm and head of the region at NRF how would he find the time to run the practice properly.

I wonder if Alghamdi is the Anon source https://www.rollonfriday.com/news-content/firms-grapple-shake-saudi-arabia

“Muslim consumers remain one of the most financially excluded groups in the UK” here we go with the discrimination card, plenty of other groups can access finance just fine…

To all the commentators questioning why "Muslims" are specifically being mentioned as being one of the most financially excluded groups in the UK - it's because conventional finance is not in line with the principles of the Shari'a (including for example the prohibition on interest).

This isn't a case of using the religion card. It's a case of providing a service to people for whom the current options just don't work.

We'd have criticised him during the '08 financial crisis for representing the big banks, and now we criticise him for providing individuals with an alternative to the big banks, who are unable to cater to their values.

Total non-story. Time to move on to the next "scandal", folks. Bring on Christmas Party season!

The only controversy I see here is whether the author meant "Bold" or "Bald" in his headline...

He can act for banks and he can act against banks. No one cares who he acts for. He rubbishes the same banks that are his clients. No one cares if he invests in fintech, but no need to rubbish your clients. 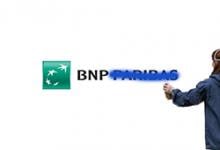