The SRA has been accused of cronyism at management level.

Prior to his appointment as the regulator's Chief Executive in February 2014, Paul Philip was the Deputy Chief Executive and Chief Operating Officer of the General Medical Council, which he joined in 2001.

As the head of the SRA, Philip is paid £244,000 a year plus pension contributions and leads a senior management team with four members. But only one of those, Mark Draisey, the interim Executive Director of Finance, did not work with Philip at his old employer. All the rest are former GMC colleagues who joined him within months of his appointment at the SRA.

Robert Loughlin, the SRA's Executive Director of Operations and Quality, got the job in September 2014 after spending a decade at the GMC working for Philip as Head of Change Management.

Jane Malcolm also worked with Philip at the GMC for over a decade, as an assistant director. She left with Loughlin and became the SRA's Executive Director of External Affairs.

Juliet Oliver, General Counsel and Executive Director of Case Direction, joined in January 2015 from Fieldfisher. Prior to that, however, she too worked with Philip at the GMC, advising on disciplinary cases.

Even Philip's longtime PA at the GMC was found a role. For over a decade, Christine Couchman was Head of the Deputy Chief Executive's office. She left in August 2015 to become the SRA's Director of Corporate Affairs. 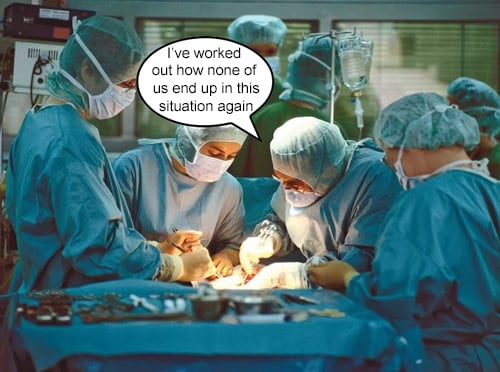 A distressed observer asked if Philip's team members were "appointed to their roles at the SRA in an independent, unbiased and nepotism-free process". "By surrounding himself only with 'his' people", the source claimed, "who is there to challenge Paul Philip when he wants to do unreasonable things such as the Leigh Day prosecution and appeal?"

Asked to disclose its best practice procedure for recruiting for senior roles, and why so many of Philip's GMC colleagues were successful, an SRA spokesperson said, “All executive roles are openly advertised and go through a competitive recruitment process. All of these appointments are made on merit by a panel chaired by the Chair of the SRA Board.”

In the words of Paul Philip, this 'is not a victimless crime'...

Paul Philip, Robert Loughlin, Jane Malcolm, Juliet Oliver and Christine Couchman are overdue a meeting with David Gauke (although whether a Tory minister will regard transparency in a regulatory body for those who administer justice as important and recognise cronyism as anomalous and dangerous is another matter). Tories seem to treat the rule of law with disdain at present. Can't get MPs to comply - prorogue Parliament...

A PA becomes a Director of Corporate Affairs at a statutory body for regulating hundreds of thousands of professionals? FFS.

Please keep following up on this story, that awful excuse for a statement cannot be allowed to stand as the only explanation.

Jackson LJ:  “the term “integrity” is a useful shorthand to express the higher standards which society expects from professional persons and which the professions expect from their own members”

We rightly expect to get hauled over the coals for a whole shitload of compliance matters. It means we sometimes have to turn down valuable work due to lack of KYC, potential conflict or inadequate PI insurance cover, but that's what integrity demands.

Now it appears that the body that regulates us lacks that integrigity at the most fundamental level - a fish rots from the head and this fish stinks. No wonder the SRA has failed for years to control the unregulated operators in the market - it's a cosy old mates club scratching each other's back and padding out their pensions.

I don't know about you, but this news, on top of all the other failures of the legal system of late, is really heartsinking.

The gawd awful direction law is going, led there by the despicable regulatory body, is why I left private practice. I still have to serve the regulatory gods but thankfully my interactions with them are more than remote. Never a worse body did one see.

not one of us ends 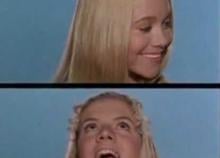