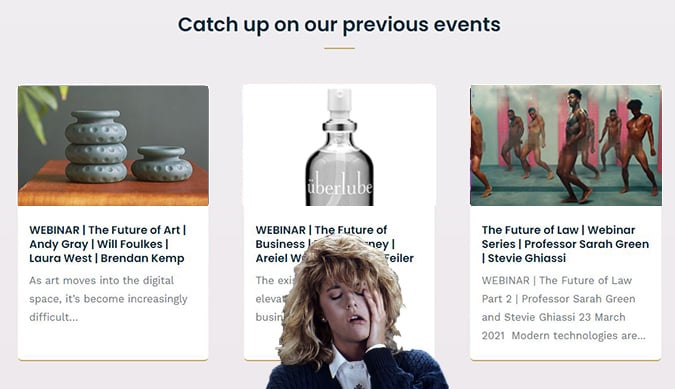 Capitalising on the buzz around National Orgasm Day (tomorrow, apparently), a Bristol firm has announced that it is standing up for ‘SexTech’.

In a press release that RollOnFriday could not ignore, Stephenson Law declared that it was "speaking out on the eve of World [sic] Orgasm Day about the difficulties SexTech founders face when it comes to legals".

Fintech’s wipe-clean cousin was “rife” with stigma which meant that even though the industry was worth around $33 billion, it was often ignored by lawyers who regarded it as an "unprofessional topic", the firm said.

Stephenson Law claimed that the visionaries building online sex shops and designing marvels of silicone were “often women fighting for their rights”, but as a result of working in a taboo area they began their “journey of growth” on an uneven footing.

Embodying its sex positive approach, honest Stephenson Law, said it “witnesses first-hand the incredible products” being produced by the SexTech sector, and said it was very keen to meet the (legal) needs of “these women whose passion it is to normalise female sexual wellness and pleasure”.

Asked if it was just female clients it was after, the firm told RollOnFriday that "SexTech covers a wide range of issues for men - including premature ejaculation, erectile dysfunction and sex robots to combat loneliness", which felt a bit pointed tbh.

While we're on shameless plugs, do check out Lawyr if you're looking for someone with whom to share NOD.

Senior partners should be wary.  Whilst sex robots to combat loneliness may seem like the perfect solution for hard...working associates, lawyers that don't embark on a series of failed marriages just won't have the same economic obligations to remain in the partnership.

Is there anything she won't do for publicity?

If only we could teach the sex robots to review documents and to menial photocopying tasks.

This is the kind of content I need on a Friday morning. Bold.

Sex Tech is a hard environment. Not for the soft.

All bless Stephenson Law in helping their clients to penetrate the market.

I doubt this industry was worth around $33 billion. It must be a lot more. After all, back when the EU had a need to show progress and financial improvements and potency (this was pre-BREXIT) someone had the brilliant idea of adding prostitution to the GDP. An lo! the figures rose greatly.

Nothing new about lawyers advising on SexTech. About 20 years ago, I remember the corporate partner at the firm I worked at then saying that he had been involved in patent work for a client's invention: a penis enlarging device. He said that it looked like a tube with a bike pump attached. For evidential purposes, a version was retained in the office safe (allegedly unused by the partner).

He's left the firm now. I wonder if it is still at the back of the safe at the old firm?

Took me a moment to notice the little pictures aren’t real. They fit the seminars rather too well.

One may take some comfort in that the UK only has 2% of all sex tech patent publications published. The US has ten times that, errr, long felt need. In the interest of good taste I am not naming the country that has a third of all published patent applications.

Disappointed at the lack of puns