Marketing videos produced by law firms typically depict their solicitors looking sharp in swanky meeting rooms, shaking hands with ecstatic clients, and beaming polished grins across a well-appointed canteen. But Bristol firm Stephenson Law has stepped in to capture the true spirit of life as a lawyer.

While its ad doesn’t show a frazzled lawyer at 2am with a double eye twitch, there is a refreshing dearth of references to ‘one team’ and ‘synergies’. And no slo-mo power walking.

Instead, staff are depicted struggling heroically with their IT. 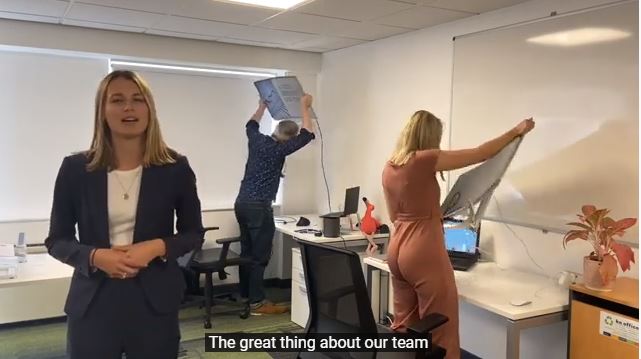 The boasts are more humble than usual. No penthouse swimming pool? No problem. 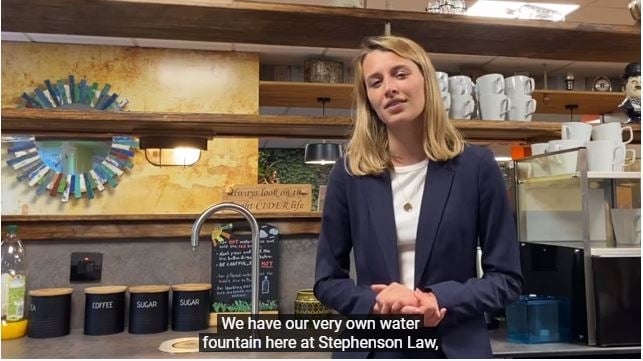 CEOs are commonly portrayed looking magnanimous in a capacious corner office, but Alice Stephenson was relaxed enough to be shown wobbling out of control on her bike and crashing into the crew. 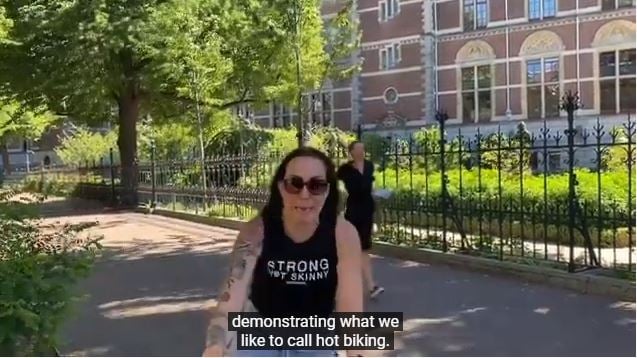 The office also appears to include a bit of Hobbiton, and the firm has found a partner willing to LARP for the camera. 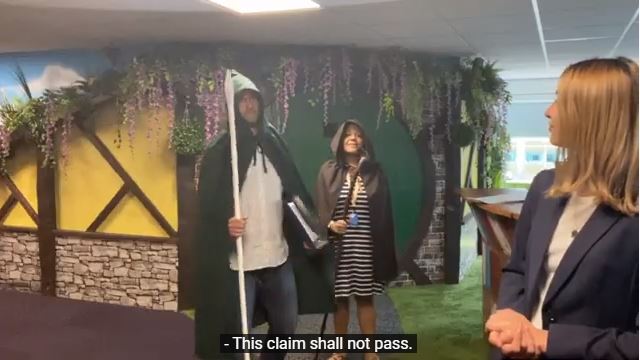 "We use our marketing to showcase the humans behind the law,"  Stephenson told RollOnFriday, "so you’ll mostly find us in our hobbit cloaks making silly TikToks". For the sake of her staff's sanity and the firm's financial future, ROF hopes that's untrue.

The ad's below, and fans of law firm office tours should not miss the footage of Slaughter and May in 1981. Which for some reason wasn't made into a commercial.

If you've seen a firm's marketing video that's worthy of mention, please do let us know.

That was difficult to watch.

I know a few people there, very good firm which is genuinely different.

She’s very active on LinkedIn and often does have some interesting insights and a fresh perspective on things - albeit overdoing the emojis.

bring back the balrogs

Very good and good luck to them....

Surely there are other, better, less cringey ways to say nothing about a firm.  Ways that might not alarm clients.  Ways that respect dignity.

Refreshingly different and a great law firm with talented lawyers - not mutually exclusive!

Nice that they're trying to disrupt things, seemingly in a positive way. But the CEO's LinkedIn posts often seem to be purposefully inflammatory, and they include far too many emojis.

Call me a traditionalist, but work is work, and political/social views should be kept out of it.

It made me chuckle, fair play to them.

I thought it was great.

I'm with all those on here who think that was very funny.  The videos produced in the firm I work in are in no way as human as that.  They are the classic trying to mildly amusing whilst being 100% on message types.

Class I think this is great congrats Stephensons Law, see you in Middle Earth!

Errr, I think you've not seen this ransom video: https://youtu.be/Mv4zV-DMDBw