White & Case’s London office is one of the most venerable in the City, having been around since 1971. So it's safe to say that it looks set, along with competitors Shearman & Sterling and Weil Gotshal, to be here for good. After well over a decade of rapid expansion, the firm now employs over 380 lawyers in the UK. No small fish, this one. Internationally, too, W&C is in the top ten of US firms - and near the top half of that.

And its lawyers are extremely well paid, with NQs being paid £130k (with a bonus on top). Add to this top quality international work, a bonus that kicks in once associates beat their target of 1,750 chargeable hours and a guaranteed overseas seat for trainees and it looks like a cracking deal.

The firm's had a generally very respectable run of trainee retention rates, too, usually clearing 80%.

The workload is tough - we're told that in certain departments you can  "say goodbye to making plans and being able to commit to them". But they’re not universally brutal (given the dough), there are "approachable and friendly" partners. Contrary to the usual myths, says one lawyer, "one is not working, on average, more than at any of the dark satanic mills that comprise the Magic Circle".

The office is described as having a "really relaxed atmosphere" even if the IT support is "a bit shonky". The firm makes a big play of taking diversity very seriously – even if it's still “not an easy place to be a senior lawyer and a woman”, it is apparently "so diverse that it's difficult to find an English person in some departments".

The Broad Street offices are very swish (albeit with extremely slow and "unpredictable" lifts and a canteen which scored 1/5 for hygiene a few years ago (since rectified and up to 5/5)). There are plenty of opportunities for extra-curricular drinking and historically some of the best biscuits in the City: "the cookies have had a revamp - they are bigger and more chocolatey!"

So what do White & Case lawyers have to say about their firm?

They like the pay, although some lawyers are looking over the fence at their ludicrously-paid peers at BigLaw firms. "Pay is very good when compared to the market generally, but falling behind the 'mid-Atlantic' target the firm traditionally seeks to offer", said one junior solicitor.

"I may have traded my life for the salary, but at least I'm in good company", said a senior solicitor. A fellow senior lawyer agreed there was a "brilliantly collegiate associate body of supportive individuals", although "One disputes partner thinks nothing of starting his day at 2pm, launching into four hour meetings at 8pm and wondering why his associates are less than thrilled at receiving 11pm phone calls on Friday nights."

As for the verdict on management, “Everything works as it should”, purred a solicitor, describing the management as ”streamlined and effective”.

The firm performed excellently in the RollOnFriday Best Law Firms to Work At 2022, placing 11th. 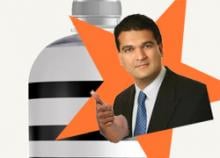 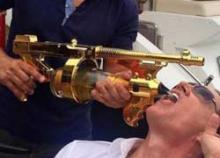