Shearman & Sterling is, along with Weil, probably the most anglicised of US law firms in London. It’s been here for ages - it arrived in 1972 - and the office is an established part of an international network employing about 900 lawyers, 190 or so in London.

Shearman’s global reputation is for finance. As with any big league firm you will be working long hours, but it’s not necessarily as grim as you’d fear. As one associate comments, “turns out Shearman aren’t the hard nosed merciless bastards of US firm legend. They are actually very nice and prepared to meaningfully contribute to a successful work/life balance”. In fact, the "people are amazing", said another correspondent. On the other hand "Holidays do not always go uninterrupted by work". But the general consensus is that the firm is a very happy ship, reflected in continually excellent placing in the RollOnFriday satisfaction surveys, including the joint number one spot in 2016. And it came fourth in 2017 with an excellent 80%. Read more on its latest showing below.

Salaries are - as with most US firms - well above Magic Circle rates.  And we're told that there's a decent bonus scheme, so if you have a really busy time of it you can, in theory, still earn New York rates. Even if getting onto the all-equity partnership is thought to be pretty tricky, the path there is well-remunerated. It’s not included in our pay table, but as of autumn 2021, the basic pay of 6PQEs was raised to £250k.

Shearman also provides a level of job security that's lacking at the London offices of many US firms, with staff praising the "good partner prospects for associates". The firm stresses that it has ambitious plans for growth in Europe, which already provides a third of the Shearman's global turnover, and is continuing to grow in London. In fact, it's suggested that London has been slightly held back by New York's torpor.

And note we've written all that without even mentioning the Hooray Henry G4 emailgate and the gun-toting Parisian associate even once. Well done us.

As mentioned above, the firm performed excellently in the RollOnFriday Firm of the Year survey, in which thousands of lawyers and law firm staff in the UK rate their workplace. In 2020 and 2021, Shearman came second, and in the RollOnFriday Best Law Firms to Work At 2022, it placed 11th.

Lawyers at the firm said it offered "all the considerable benefits" of a "stellar NY firm in London", but "with an actually pleasant culture". Working at Shearman meant you received "just the right balance of screamingly large levels of responsibility and a environment which tolerates screams for rescue".

One lawyer said the only thing which would make him leave the firm was "Corbyn, in which case I'd become a vagabond poet".

Here's a summary of what its people had to say across the different categories:

"Small teams mean plenty of opportunity to take responsibility and progress", said a senior solicitor. "Though it remains for you to take - nothing is handed to you on a plate".

A lawyer said pay was "great relative to the expectation in terms of workload". There were a few grumbles as "the bonus structure is entirely opaque and at the discretion of partners in your practice group". But partners were "generally quite good at respecting some work/life balance as a trade-off".

Change at the top appears to have gone well in London, where the current Managing Partner, Matthew Readings, “is universally admired, respected, and slightly feared”, said a junior solicitor. The firm was praised for “frequent updates on what is happening”. And they “placed an apple on our desk the other day to promote our wellbeing, which was rogue”, said a colleague. “Not sure a Golden Delicious can make up for passing out from exhaustion, but the thought was very nice”.

Staff appreciated the emergency care cover for children of adults and 24-hour GP access. One trainee simply accepted the deal: "You learn to explain to people on your weekends that you really have to keep checking your phone", she said, "missed calls from an angry senior lawyer demanding to know why you haven't responded to them are infinitely worse than irritating your friends.”

With a reputation for beastings, US firms don't often obtain a high score for culture, but Shearman & Sterling bucked the trend: "Decent enough for a US firm", said a junior lawyer. 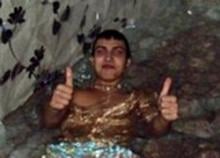