Skip to main content
Force majeure - my dad tells it as it is.

I had virtual cocktails with my dad last Friday. It was generally very successful, despite his phone constantly falling over - technology is possibly not his strongest point. But law is, certainly more than it is mine. I was having a grumble about travel companies and the like doing over their customers (including me: may a thousand plagues rain upon Richard Branson...) by trying to wriggle out of refunds. Apparently there's been a widespread attempt to rely on force majeure to justify this shonky behaviour.

My dad reckoned that force majeure was notoriously tricky. I was keen to share this happy news, so I asked if he'd knock up 300 words to explain it to an educated audience. He pinged it over the next day and here it is. 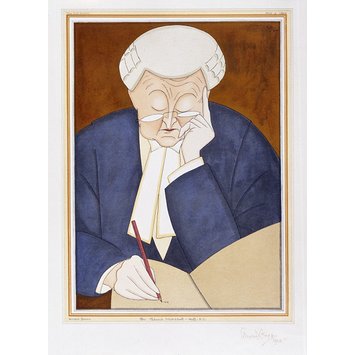 Clearly this does not constitute legal advice, he was simply helping me out, other opinions are available etc. etc..

The devastating effects of Covid-19 have caused many businesses, from office tenants to tanker charterers, to try to avoid their contractual obligations by claiming that they can rely on force majeure.  There is no specific definition of “force majeure” in English law, and whether it applies depends upon the terms of the relevant contract.

Most business contracts will contain a force majeure clause. The party wishing to rely upon it must show: first, that the particular occurrence falls within the clause; secondly that it had been prevented, hindered etc from performing its obligations because of that occurrence; thirdly that it had taken all reasonable steps to avoid or mitigate the event or its consequences; and finally, that non-performance was because of circumstances beyond its control.

If the force majeure clause specifies “pandemics” etc, the party seeking to rely upon it will be in a stronger position than were there to be a clause that excludes events that were “reasonably foreseeable”.  A party resisting such a claim would have a powerful argument that Covid-19 was “reasonably foreseeable” because of the SARS and MERS epidemics.

In any event, it is essential for a party seeking to claim force majeure to follow any steps specified in the contract.  If it fails to do so, it may lose the right to rely on force majeure, and the other party might claim repudiatory breach of contract, giving rise to a claim in damages.

If there is no force majeure clause, or the clause does not apply, a party might try to claim that the contract has been “frustrated”.  This is, however, very difficult to establish in practice.

If all else fails, the aggrieved party might be able to rely upon the Unfair Contract Terms Act 1977, claiming that an exclusion clause for example is unfair.  Again, every case turns on its own facts.  Thus a small business is likely to have a better chance of establishing unfairness where the other party is a publicly quoted company, than would a bigger business that has in-house counsel or regular access to high level legal advice.

Lord Neuberger recently warned that the courts would face an avalanche of litigation once the lockdown is over.  Those are prescient words.

This is really excellent and helpful (and commendably concise, coming from a QC...). Thank you very much.

Tip o' the hat. Many thanks.

Many thanks. I wonder how this  would apply to a wedding scenario?